Big Ten: The Maryland Quarterback Race Will Resume Where It Left Off Last Year 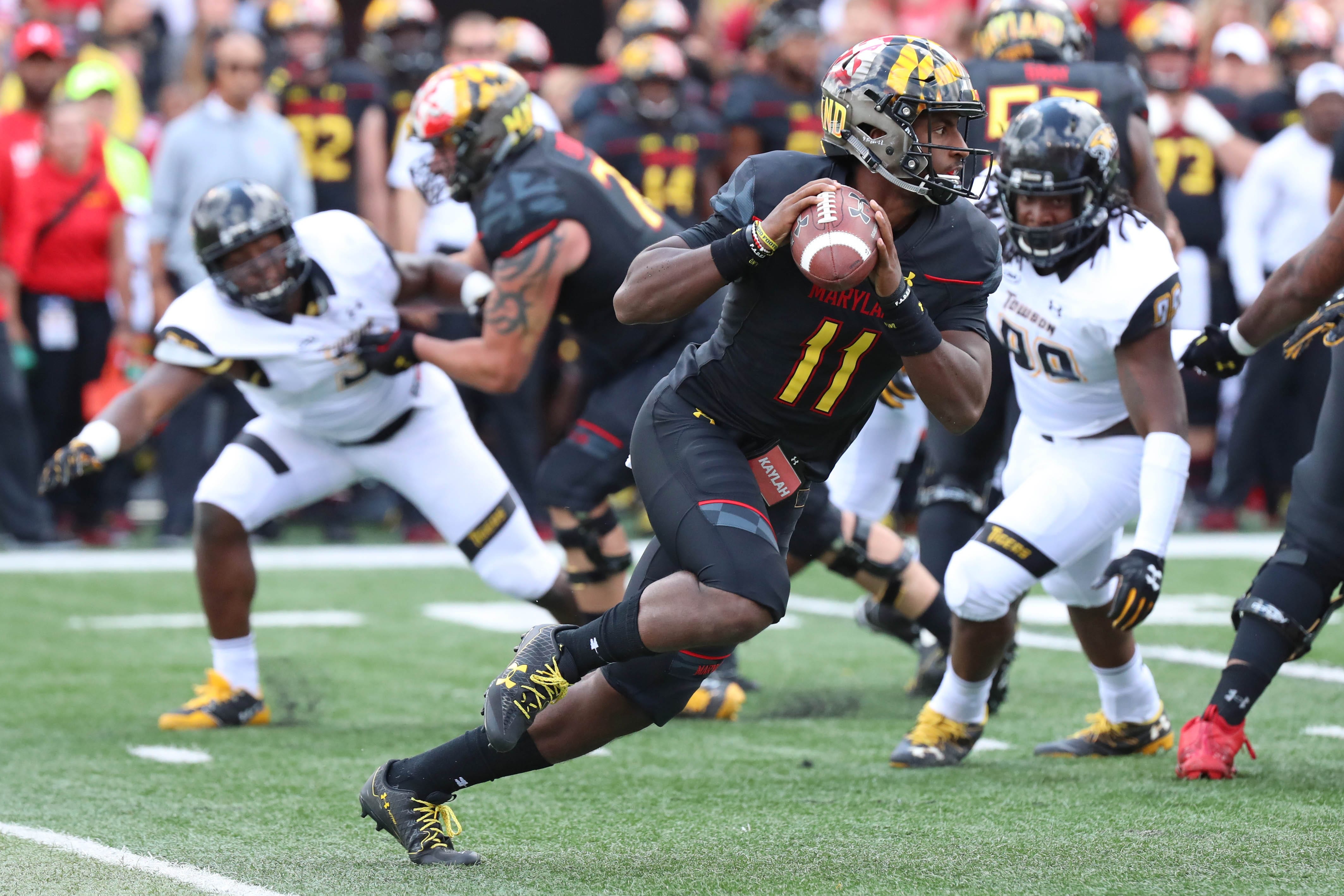 Maryland was in an interesting place last year. They finished with a 2-7 record in the Big Ten, but they didn’t have any help from luck. Things actually started off good for them, and devolved as the season continued for a bit. The first game of the season was a 51-41 victory over the Texas Longhorns, in Austin nonetheless.

However, the Terrapins only went three quarters before they lost their starting quarterback. After completing nine out of his twelve passes and throwing for a 75% completion percentage, along with 175 yards and two touchdowns, Tyrell Pigrome tore his ACL and ended up out for the season with that injury.

A quarterback that could change the narrative for Maryland football:

Enter Kasim Hill, the backup that would help Maryland hold onto the win despite only throwing three passes. It looked like the starting job had fallen into his lap, and Hill did good enough in the Texas game and scored a rushing touchdown to help ensure the win, but he didn’t have the best of fates either.

Hill completed 13 of 16 passes and threw for two touchdowns against in state opponent Towson in the second game of the season, but would only have a chance to complete two passes in the Terrapins’ loss to UCF. It looked like a routine hit, but it turns out Hill had torn his ACL after being flushed out of the pocket and brought down by a couple of UCF defenders.

Now, both quarterbacks that played in the upset against Texas are in the same position, rehabbing from the same injury and competing for a starting spot once again. Hill is the favorite to win the job, according to the odds from BetsDSI. While Pigrome was the starter coming into the season, he’s not necessarily the more experienced player. The Texas game was his second career start, after all.

Neither QB is going to win by just throwing the ball, even though Pigrome did get two passing touchdowns in the Texas game. He’s an option quarterback at heart and only attempted one more pass than rush. However, his use of his legs means that for him to be most effective, he needs a good offensive line opening up lanes and keeping linebackers out of the backfield. That’s something that Maryland doesn’t have, at least not when they’re facing high level opponents within the conference.

Kasim Hill is the bigger and heavier of the two, and if Maryland uses an offense this year that features designed running plays for the quarterback, it looks like he’s the better option. There’s not much reason to prefer Pigrome over the larger Hill in that kind of offense, especially when Maryland doesn’t have the blocking to keep their quarterbacks from being hit early on running plays.

Throwing the ball is what you think of when you rank quarterbacks, but they’re about even on that front. If anything, Hill showed his willingness during the Towson game to throw the ball at a variety of ranges rather than running as a first option. But Towson isn’t an FBS defense, let alone one of the better ones in the Big Ten East.

It looks like Maryland’s quarterback this year will be Hill, just because he can likely do a bit more in the kind of offense that the Terrapins might run this year. But unlike some of the other teams in the conference, Maryland isn’t one that’s ready to have a huge jump after finding their man at QB.

No, they’re on a journey rather than a sprint. This is just one piece of that larger puzzle.

The Yankees preached patience, but the approach was risky and now they’ll have to wait some more
New York Knicks