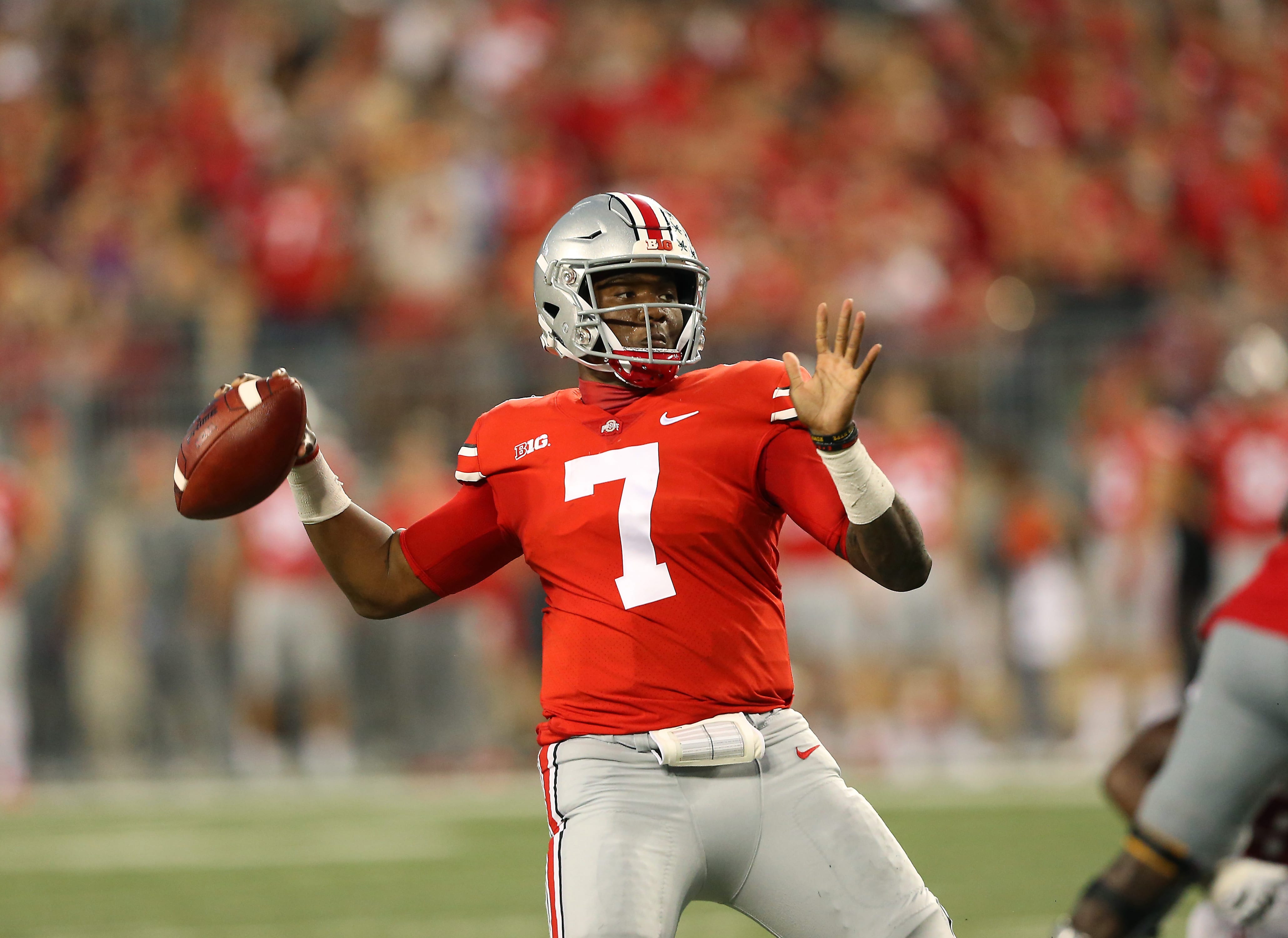 Want to see a Big Ten team in the College Football Playoff? You’ll have to hope that Ohio State can beat the odds and make it in over Oklahoma or Georgia, because once again, there’s a number of teams that possibly deserve to get in, and only four spots. The worst case scenario for Ohio State would be a Georgia victory against Alabama, which would have caused Alabama to fall in the standings and likely would have seen them take the final playoff spot based on being the most dominant team of the year.

That didn’t happen. But the other scenario isn’t exactly good for Ohio State, either. Even with Georgia losing, the fact that they played such a close game with Alabama and finished the season with only two losses will cause some to argue that they should be in. Even if this gets dismissed as SEC bias, there’s also Oklahoma to think about. The Sooners and Ohio State are nearly neck and neck this season in terms of accomplishments, and OU didn’t benefit the Buckeyes by losing the Big 12 title game to their rivals from Texas.

Oklahoma came into conference championship week one spot above Ohio State in the standings. Both teams handled what they needed to handle and won their respective conferences, but it’s hard to pick Ohio State over Oklahoma if you consider the rest of their seasons. Both teams are 12-1, but they’ve had very different stories.

Style matters when it comes to making the playoffs and in Oklahoma’s 12 wins, they’ve struggled less than Ohio State has in the games that they shouldn’t have struggled in. While they did win their conference, their games like the narrow victories against poor Nebraska and Maryland teams that will count against them when comparing them to an Oklahoma team that has one of the top offenses in the country.

Ohio State is an underdog to make the playoffs. You could argue that both Georgia and Oklahoma have better cases to get in, but there’s no telling what will happen once the committee sits down to make their decision.

This wasn’t a great season for the Big Ten as a conference, really. Michigan faltered in the end, keeping them from claiming a higher ranked Ohio State as a quality win and potentially beating Northwestern to get into the playoffs. Penn State’s down year ensured that they were out of the race with months left in the season, and a weak Big Ten West left the eastern part of the conference as the sole hope to send a team to the postseason.

But what does Ohio State head coach Urban Meyer have to say about it? “Well, I think all you have to look at is the body of work. We went on the road and had some tough wins, TCU, Penn State, Michigan State. And then to come back and play against our rivals the way we did. And then we went and represented the eastern conference and had a great game here. I think we deserve a shot.”

Does OSU deserve that shot? They might. But we’ll just have to wait until later today to see if they get it. After all, when it comes to this part of the season, you can throw your predictions out the window.