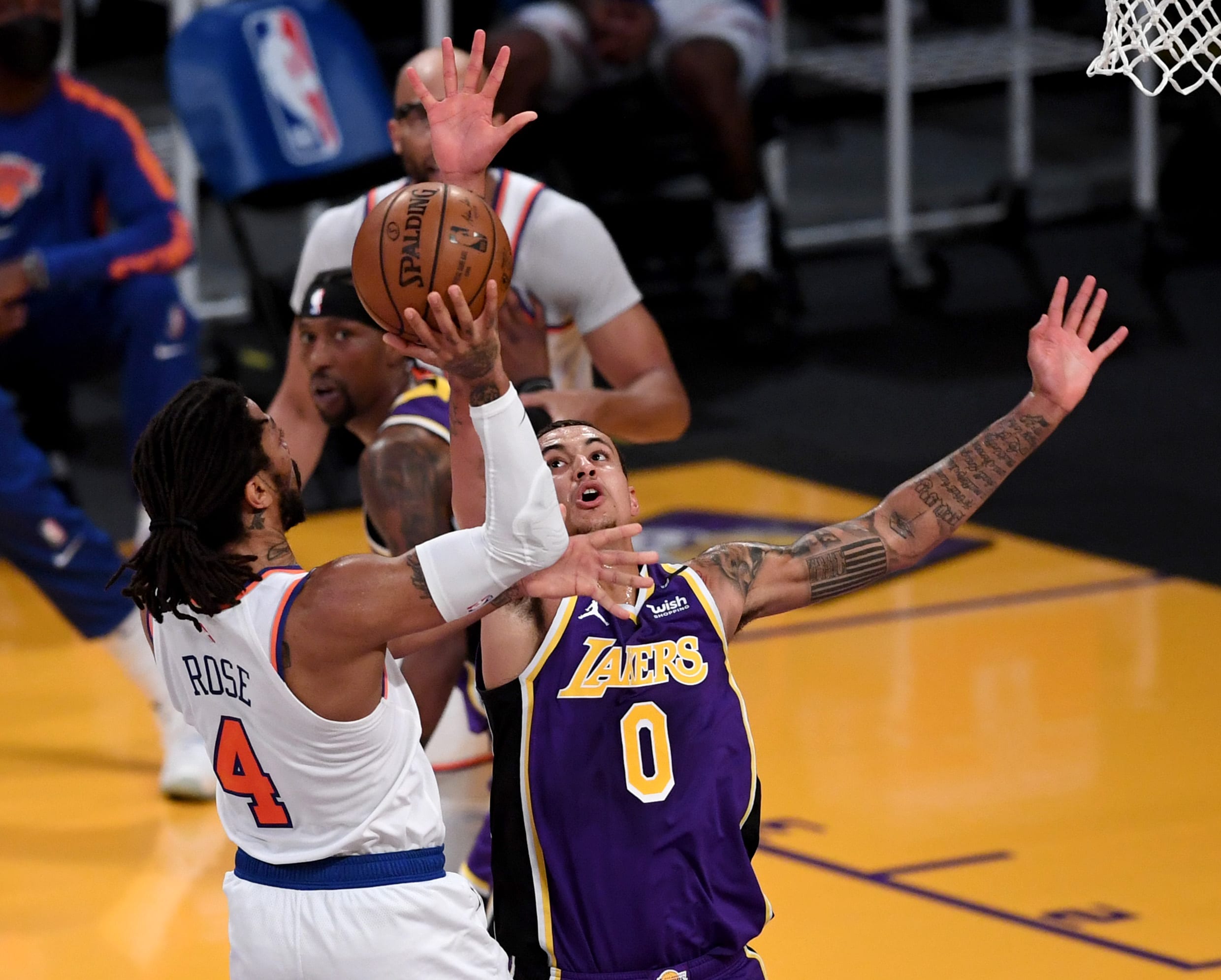 The New York Knicks experienced a heartbreaking loss to the LA Lakers on Tuesday night. All-Star Julius Randle had an opportunity to close the game in the final moments with the score tied at 91, but a missed floater sent the game to overtime, where the Lakers pulled away and emerged victorious by two points.

Without LeBron James featuring, the Knicks had a fantastic opportunity to help solidify themselves in the 4th seed in the Eastern Conference, but the loss saw them plummet to the 6th seed, allowing Atlanta and Miami to leapfrog them.

The defeat was heartbreaking for several players, including veteran point guard Derrick Rose, who left it all on the court, posting 27 points. Rose hit nearly 50% of his shots and recorded six assists, while Randle posted 31, shooting 11-of-26. Ultimately the Lakers’ defense managed to hold strong, as they rank second, just behind the Knicks in points allowed per game.

“It’s tough, extremely tough,” Rose said. “But by the end of the night, tomorrow when you wake up, you’ve got to have amnesia. But it’s . . . hard right now, I can’t even lie. When you get so emotionally involved in playing hard, you get lost in the game. You want the outcome to be in your favor and it sucks man, it sucks.”

The New York Knicks must forget and move on:

Rose hit it right on the head, the Knicks must have amnesia heading into a homestand where they can secure a spot in the playoffs with just one victory over the next three games.

The Knicks walked away from a six-game road trip with three victories, but losses against Denver, Phoenix, and the Lakers, three of the best teams in the NBA. If the Knicks can’t log wins against quality opponents, the playoffs will be incredibly difficult.

“We came out of the trip 3-3,” Thibodeau said. “We were one rebound away from having a win tonight. And we’ve got to learn. The intensity of the game — this has been a long road trip, there’s been a lot of fight. But we have to understand the intensity of the end of the game. So we’ll learn from it. And it’ll be a quick turnaround going home and we’ll be ready for it.”

Thibodeau knows that his team will work hard day in and day out, but that loss to the Lakers is a difficult pill to swallow. Hopefully, they return with the same intensity against the San Antonio Spurs, who have struggled this season, with a 33-35 record. They’ve won two of their last three games, including victories over the Sacramento Kings and Milwaukee Bucks. 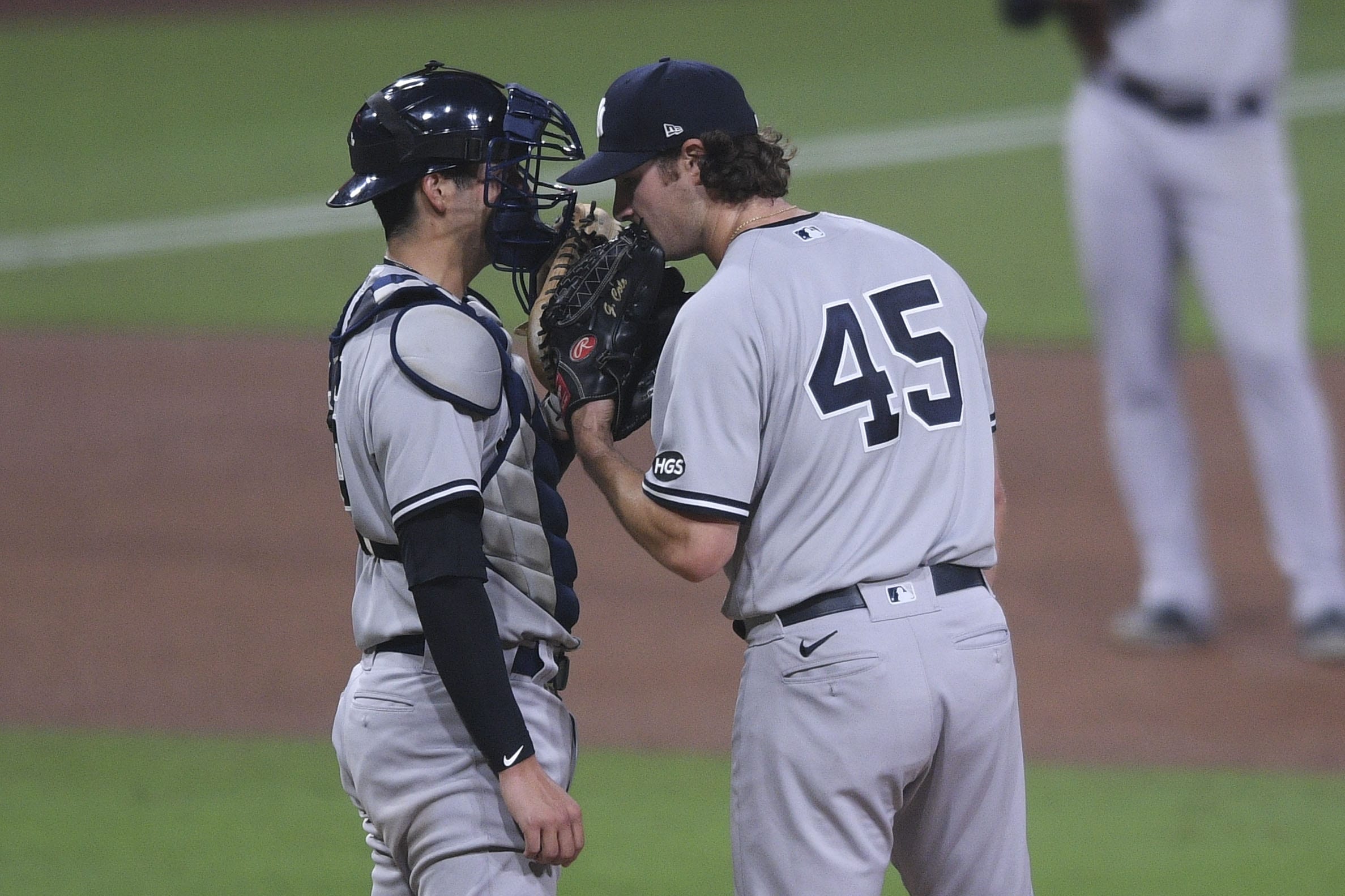 It’s no secret that the New York Yankees have had a lot of trouble winning games off the Tampa Bay Rays the last few years, including in the postseason. Before this series, they had won only one of six games against their nemesis this season. But Tuesday, they beat the Rays 3-1, and last night the Yankees shut them out using only two pitchers.

1,500 is the number. That number represents the milestone that New York Yankee ace pitcher Gerrit Cole reached as he ended the night with 1,502 strikeouts in his career. Cole is the second-fastest pitcher to reach that total in MLB history, only behind Randy Johnson. 172 of those strikeouts are since he has become a Yankee.

Last night Cole took the mound at Tropicana Field in Tampa, Florida, in the first inning, and Randy Arozarena went down on strikes. Austin Meadows hit the catwalk at Tropicana Field for a double. Margot ground out, but Meadows went to third. Brandon Lowe struck out to end the inning. And that was pretty much how all the innings went for Cole.

He pitched eight scoreless innings. While reaching his strikeout milestone, he stuck out 12 batters using 106 pitches while allowing no walks. He was masterful and likely could have completed the game himself, but that is not allowed very often these days. Aroldis Chapman came out in the bottom of the ninth inning and got the save. Chapman has not allowed a single run all season.

The New York Yankees won the game last night, but it was all about superb pitching, not Yankee hitting. The Yankees hit no home runs in the game and only mustered up six hits, only getting one to cross home plate.  If the Yankee pitchers hadn’t shut down the Rays, the Yankees surely would have lost this game.

Hitting has been a big problem for the Yankees so far this season. Only Giancarlo Stanton, Aaron Judge, and DJ LeMahieu have been performing as they should. The rest of the lineup is sub-par, with eight Yankees, including those on the bench hitting .200 or less.

The Yankees won last night’s game against the Tampa Bay Rays at Tropicana Field, but they did it with far less staff than normal. Seven coaches and support staff have now been tested positive for the Covid 19 virus. So far, no Yankee players have tested positive, although Gleyber Torres was kept out of the lineup last night undergoing the Covid protocol.

This all started with Phil Nevin, the 3rd base coach testing positive. All but one case is asymptomatic. The Yankee’s player development coach has been coaching at first base, and Yankee bench coach Carlos Mendoza has been covering third base for Phil Nevin. 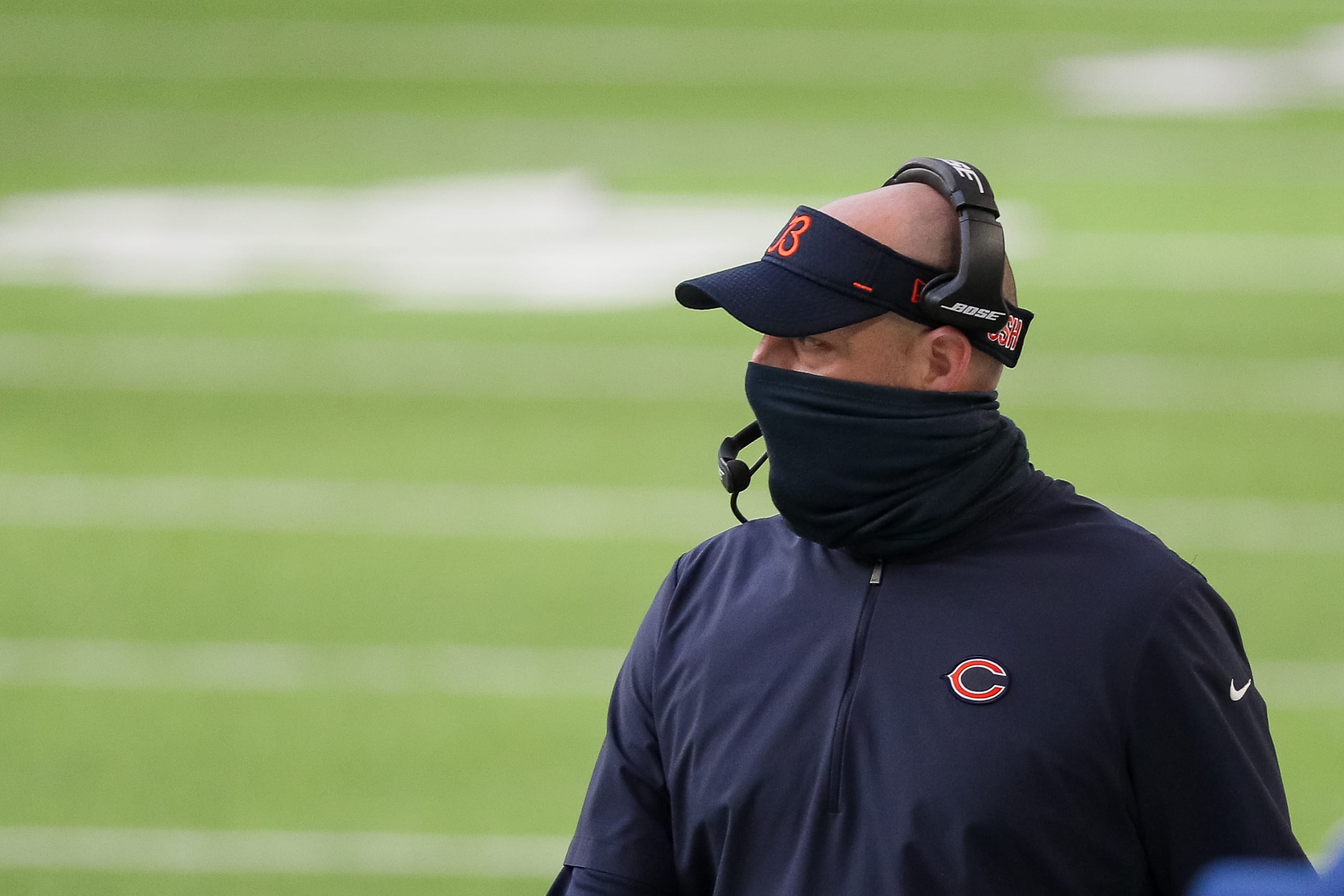 The Chicago Bears have dropped their 2021 regular season schedule, the team announced on Wednesday evening. With one of the toughest schedules ahead for the Bears, Chicago will face an uphill battle to make the playoffs in 2021. The upcoming season will be more about the development of quarterback Justin Fields, the 11th overall pick in the 2021 NFL Draft.

Now that the Bears 2021 schedule is officially related, what are some takeaways?

Besides the six divisional games that the Bears will play in 2021, there are four games, specifically against NFC teams that could have an impact on the Bears’ playoff hopes. Chicago is set to play the Los Angeles Rams (week one), Tampa Bay Buccaneers (week 7), San Francisco 49ers (week 8), and Arizona Cardinals (week 13). Besides Arizona, each of these teams has been in the playoffs at least once over the last two seasons. Both Los Angeles and San Francisco could compete for the NFC West division title, while the Cardinals added veterans in wide receiver A.J. Green and pass rusher J.J. Watt, two players once considered the best at their respective positions.

Chicago needs to win at least three of these games to have a shot at playing a playoff game at home but also in order to keep pace with what is expected to be a loaded NFC.

2) The NFL loves the Bears in primetime

The Bears are not only the third biggest market in the NFL, they’re also one of the most historic franchises. The NFL has its origins in Chicago and the league wants to capitalize on money and tv ratings. As a result, the Bears’ five games in primetime, two against division opponents in the Minnesota Vikings (week 15) and Green Bay Packers (week 14) hold tremendous value.

The Bears other three primetime games are against the Detriot Lions (Thanksgiving Day on week 12), Pittsburgh Steelers (week 9 on MNF), and Los Angeles Rams (week one, SNF) A significant takeaway about four of the Bears five primetime games is that four are during the second half of the season or after week eight. This means even the NFL could be anticipating that rookie quarterback Justin Fields could be the Bears starter before week nine.

3) The last three NFC Champions are on the Bears roster

The Tampa Bay Buccaneers, San Francisco 49ers, and Los Angeles Rams are all on the Bears schedule during the first half of the season. These are also the last three teams to represent in the NFC in the Super Bowl, making them noteworthy matchups. Every team also got better this offseason. Tampa Bay, led by quarterback Tom Brady retained every starter on both offense and defense. Los Angeles upgraded the most important position in sports, trading two first-round picks for quarterback Matthew Stafford. Despite drafting quarterback Trey Lance with the third overall pick, San Francisco retained most of its core on defense, one of the NFL’s most injured groups in 2020. The outcome against these three teams will have an impact on Chicago’s playoff aspirations, especially when it comes to tiebreakers at the end of the year.

4) Seven straight NFC opponents to close out the season

The Bears’ path to the playoffs is harder than it looks. But the final seven weeks of the season will see Chicago playing NFC teams, a stretch that includes the Arizona Cardinals, Minnesota Vikings (twice), Green Bay Packers, Detroit Lions, New York Giants, and Seattle Seahawks.

Chicago will need to need win at least five of these games in order to ensure clinching a playoff spot. Matchups against the Packers (week 14), Vikings (weeks 15 and 18) could also determine who wins the NFC North division crown. With uncertainty regarding the future of quarterback Aaron Rodgers in Green Bay, the NFC North could be wide open, with the division race likely coming down to Chicago and Minnesota. The only question remains: Can Chicago navigate this tough seven game stretch?