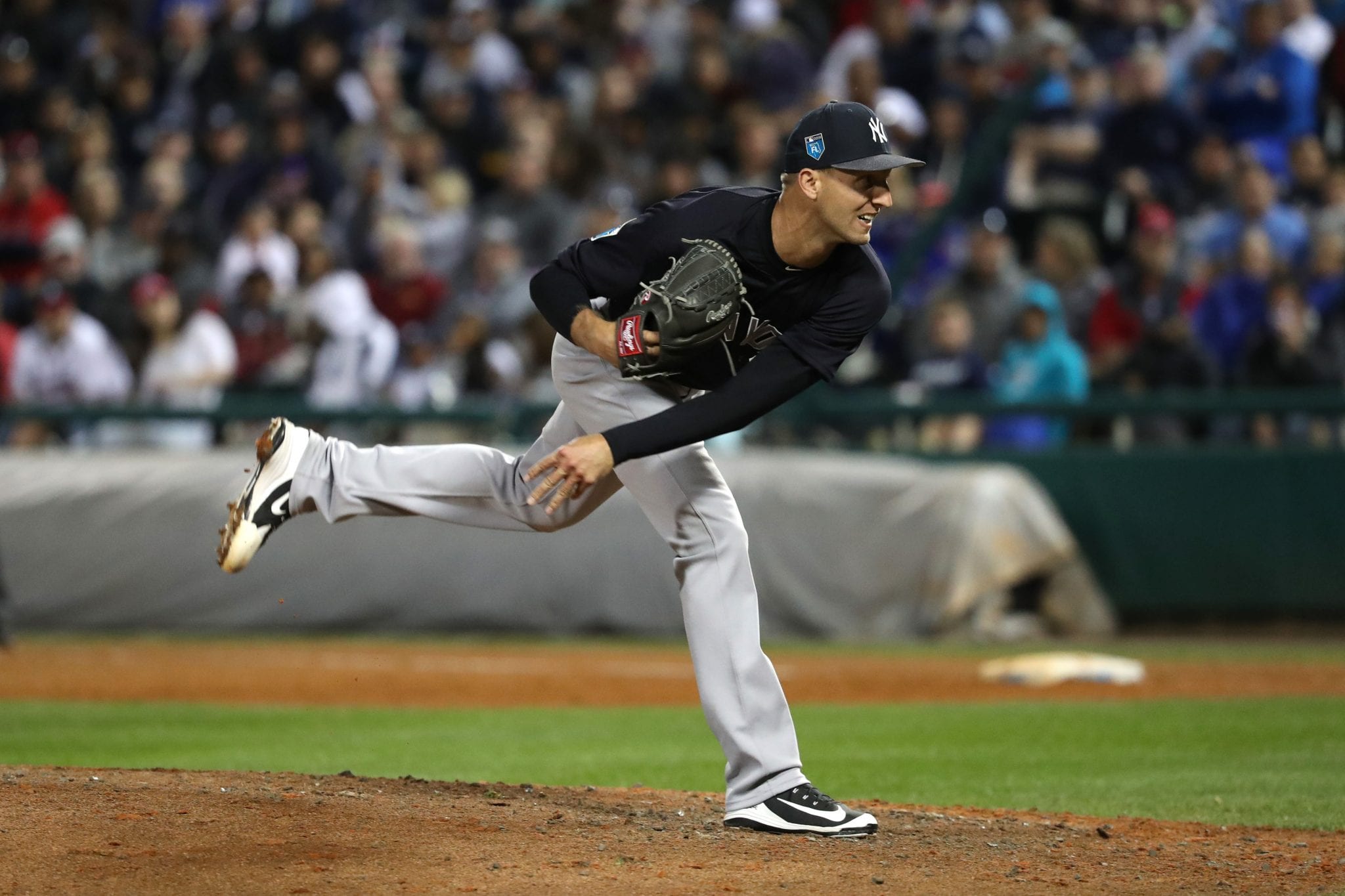 The New York Yankees‘ second lefty in the bullpen is a someone who is overlooked because of all the dominant arms on the roster. Chasen Shreve is not a lefty specialist, but he has the ability to get right handed batters out with his devastating splitter.

Shreve would definitely be a 7th inning or a set-up man in many other bullpens. The true depth the Yankees have is unparalleled. Shreve had a solid season last year.

Shreve was born in Las Vegas and attended Bonanza High School. During his time on the baseball team Shreve was selected to Nevada’s All-State Second team in his senior year. Shreve went on to play at the University of Nevada. He was selected by the Braves in the 11th round of the 2010 draft. During the 2015 off-season the lefty was traded to the Yankees from the Braves for Manny Banuelos.

Shreve was a nice addition to the Yankees for the 2015 season. He was fantastic in his first 52 1/3 innings, but struggled in his last six innings of 2015. Many figured fatigue played a factor in his struggles, but McCann stated that he believed Shreve was tipping his pitches.

Shreve’s struggles continued to begin the 2016 season, as he had a 5.21 ERA in his first 19 appearances. He did spend time on the DL in 2016 and earned his first career major league save against the Royals on August 30.

Shreve returned to form last season. Before being sent down to Triple A , he posted a 2.77 ERA in 29 appearances. He was recalled on July 30 and finished the season strong. Shreve was on the Yankees Wild Card roster, but was not a part of the ALDS or ALCS roster.

Shreve will make the team out of spring training. He features a solid fastball, splitter and a slider. The splitter specialist will be used in games to get out both lefties and right hitting batters.

He can also be used as depth if the Yankees are forced into extra innings, or some pitchers need rest in the bullpen. Look for Shreve to be an important piece for Boone to use to in many different situations.