‘What a game’! Yankees players react to the series-clinching victory over the Indians 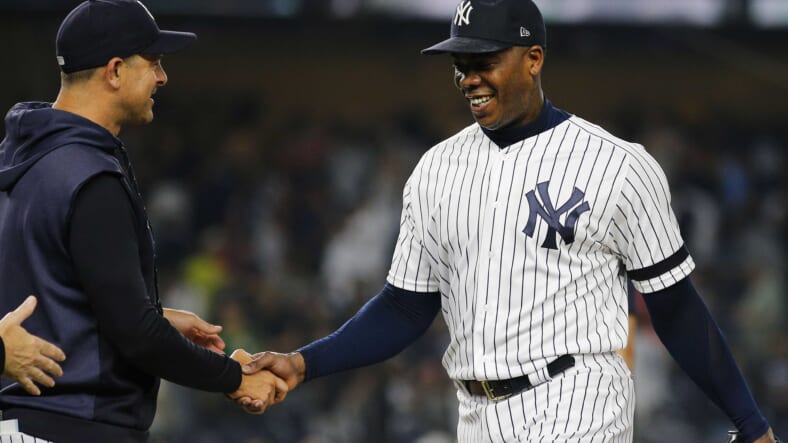 In a back and forth affair. A toe-to-toe battle, much like any of the Joe Frazier – Muhammad Ali fights. A game worth remembering for the New York Yankees. Whatever adjective you want to use to define it, the Bombers and the tribe gave us one of the most memorable games in recent postseason history. And it ended with New York clinching the Wild Card series and advancing to play the Division Series with the Tampa Bay Rays, no less.

New York Yankees’ players and even their manager expressed their feelings after the long affair. Although there was no celebration like the one three years ago because of social distancing, you could see happiness in the ballplayers’ faces after beating a difficult foe 10.9 in Game 2.

â€œIâ€™m 47 years old; Iâ€™ve watched a lot of baseball,â€ Yankees manager Aaron Boone said to MLB.com’s Bryan Hoch. â€œI donâ€™t know how you top that one — the amount of back and forth, big moments and plays by different guys. With how long it was, Iâ€™m glad we donâ€™t have to come back and play tomorrow.â€

The Yankees got a great performance from Sanchez

The much-maligned Gary Sanchez hit a home run and a game-tying sac fly in the ninth inning. â€œWhat a game,â€ he said. â€œItâ€™s even better because we were able to get the victory tonight. It was a battle.â€

Now, the Yankees are traveling to San Diego, where they will face the pesky Rays. Tampa won the regular season series with a convincing 8-2 record. And, if that weren’t enough, there is some bad blood between the two clubs, stemming from the incident in which Aroldis Chapman’s pitch nearly hit Mike Brosseau in the head and Kevin Cash’s post game “stable” comments.

â€œWhen weâ€™re playing at our best, we can beat anybody,â€ Boone said. â€œBut I would also caution that we havenâ€™t done anything yet. This is just a stepping stone for us. We wanted to get to San Diego and be in that final group of eight to continue our quest.â€

â€œYouâ€™ve got to understand that we have a rivalry,â€ Chapman said through a translator. â€œWeâ€™re trying to do the same thing, to win. Whatever happened, thatâ€™s in the past. Weâ€™ve got to put that aside and focus on the series ahead.â€