The Yankees have competition for Didi Gregorius in potential return 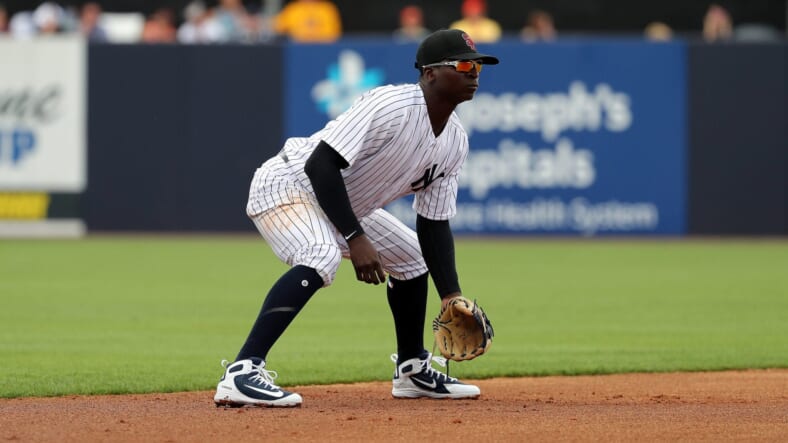 The New York Yankees have multiple decisions to make this off-season, and several of them revolve around the infield. Star 2nd baseman DJ LeMahieu is hitting free agency, as his representatives elected to wait until the end of the 2020 season to begin determining his value on the market. From a financial standpoint, his negotiators made a great move, but the Yankees are still interested in retaining his services for the long term.

However, the issues in the infield lie at shortstop, where Gleyber Torres has manned the position in the recent past. Torres finished the 2020 season with a .933 fielding percentage and nine errors. He was lackluster in his fielding, and the Yankees noticed his inability to convert routine plays into outs.

We have seen Torres make athletic plays at shortstop, but he far too consistently allows routine balls to get by him or miss-handles throws. Those are two issues that seem repairable, but the Yankees could elect to go a different route in 2021.

One fantastic option is Didi Gregorius, who recently played with the Yankees in 2019. He spent the 2020 season with the Philadelphia Phillies on a one-year deal. He finished the campaign with a .284 batting average, including 10 homers and 40 RBIs. He was phenomenal offensively for Philadelphia, and his defense once again was encouraging. He finished with a .968 fielding percentage and seven errors over 59 games.

Theoretically, the Yankees could move Torres back to second base and LeMahieu to first base, which would cement a steller infield. Sticking with their current starters, including LeMahieu, is still more than serviceable, but they do have an option to upgrade if they feel the need.

Iâ€™m not entirely convinced ownership is going to allow general manager Brian Cashman to spend a ton in free agency, but this is a move that would surely improve the infield. I think most of the money will be allocated toward the starting pitching, as getting in a bidding war for Didi might not be the best move at this point. Apparently, the Los Angeles Angels are already interested in Gregorius, who will be 31 in February.

Considering his solid campaign this year, Gregorius could make around $17 million moving forward per season, and the Yankees are likely unwilling to part with that much cash when they have a serviceable player in Torres.