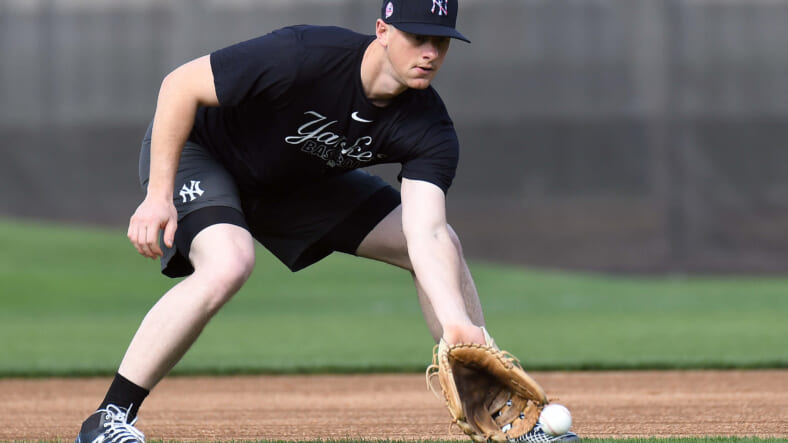 One of the Yankees‘ priorities this offseason should be the retention of DJ LeMahieu, but there’s always the possibility that the organization elects to pass him by in free agency. While the fan-base wouldn’t welcome that decision, the Yankees lost an exorbitant amount of money due to COVID-19. However, they’re in a fine position to offer him a sizeable contract given the departures of Masahiro Tanaka, James Paxton, and JA Happ.

I anticipate LeMahieu will earn somewhere in the $20 million per season range, but at 32 years old, an uber long term deal might prove to be inefficient. A deal in the 3-4 year range makes the most sense with a team option after three years.

The only way the Yankees would pass on DJ is if they feel he is too expensive. His representatives held out until after the postseason to begin negotiating his contract, which indicated that they wanted to increase his value as much as possible. Managing partner Hal Steinbrenner stated that he knowledges the value LeMahieu brings to the team, and his free agency is undoubtedly a problem for the Bombers.

The former Colorado Rockie is a three-time Gold Glove finalist and won the batting title this year during the abbreviated 2020 season. He finished with a .364 average, including 10 home runs and 27 RBIs. He did miss a few games due to a thumb injury suffered against the Boston Red Sox, but his consistency was apparent throughout the regular season. He did not have the best post-season, as his average dropped to .273 against the Tampa Bay Rays, which still is quite good.

Despite the smaller sample-size, DJ had his best season in the K% department, striking out just 9.7% of the time. In addition, his ISO (isolated power SLG-AVG) was a career-best at .226.

If the Yankees failed to retain LeMahieu, their team would become significantly worse. Not only is he their esteemed lead-off hitter, but he is their best defensive player that can play multiple positions and fill needs when called upon. The Yankees have never let financials get in the way of signing the best players in the league, and they shouldnâ€™t start adopting a cautious mentality now.