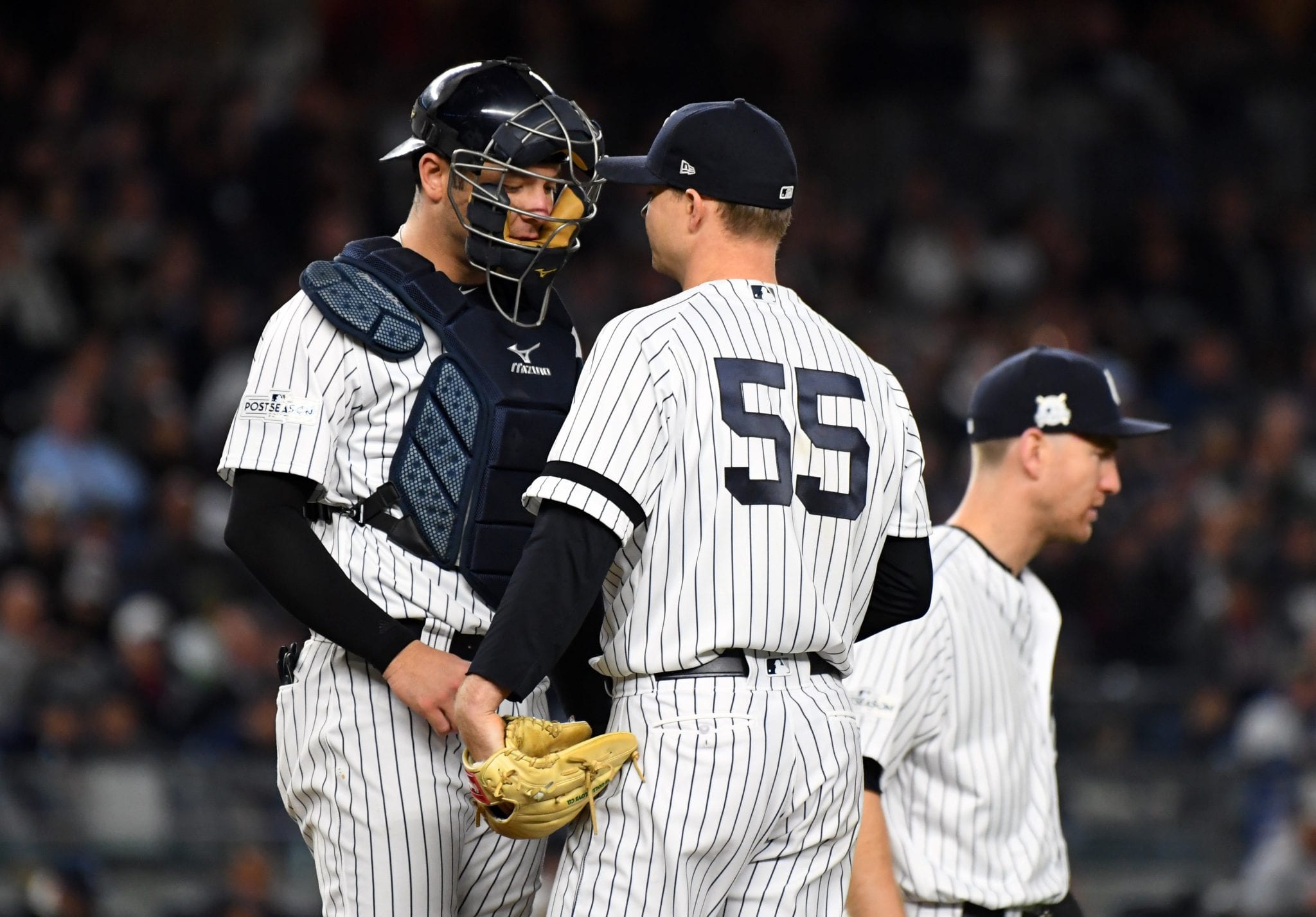 Sonny Gray had two options against the Houston Astros on Monday night—self-correct from earlier performances and prove he was worth the three top prospects he was traded for last season or self-destruct in Minute Maid Park at the hands of the world champions and watch his ERA inflate to epic proportions.


Fortunately for Yankee fans, Gray chose the former and engaged the Astros Charlie Morton in a pitching duel. Gray’s six innings with four hits, two runs, three walks, and four strikeouts was certainly his best performance of the season and was enough to nearly keep pace with Morton’s outstanding performance going 7.2 innings with two hits, one run, two walks and ten strikeouts.

Jason Cohen of Pinstripe Alley noted that Gray was “aggressive and his command improved, allowing him to keep the Yankees in the game all night.”

Austin Romine was behind the plate, a move the nuances of which no Yankee fan would have missed. Yankee Manager Aaron Boone has said that he would not have personal catchers for his pitchers; however, when asked after Monday’s game by Coley Harvey of ESPN if Romine would catch Gray’s next start, Harvey reports:

“Yankees manager Aaron Boone said following Gray’s strong six-inning, two-run, four-hit outing Monday that the right-hander likely would get another game with help from Austin Romine, the backup catcher who has caught his past two starts.”

Boone went on to say he hoped the move would help Gray get to the point where it won’t matter who catches him.

Gray, however, spoke after the game to NJ.com’s Randy Miller, and said of his relationship with Romine:

“He just adapts to the game,” Gray said of Romine. “It flows and there’s great communication. Between innings, there’s constant communication, which for me is extremely beneficial with everything I try to do with the baseball.”

As a Yankee fan, I want Gray to be successful. If that means he has a personal catcher, so be it. It may be one of those decisions Boone backs away quietly from, especially if tonight’s stellar performance by Gray and Romine was any indication.