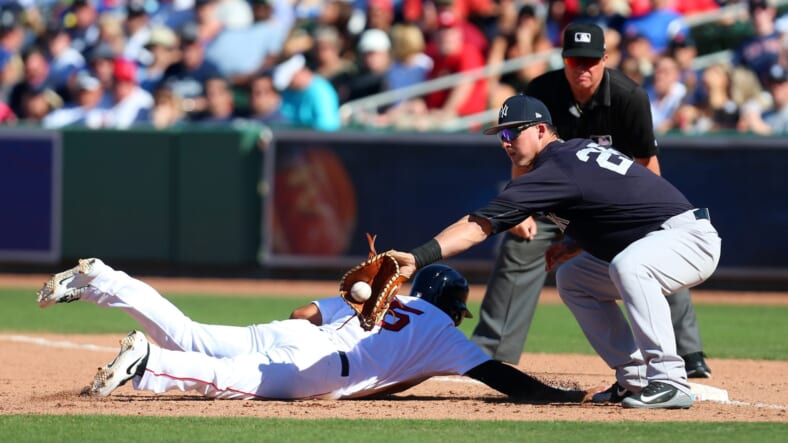 However, since that dramatic debut Austin has had trouble sticking in the big leagues. Tyler Austin has had a career plagued by injuries which have slowed his development and progression up the ranks.

Tyler Austin has played through two seasons for the Yankees, but he has less than 140 plate appearances. He’s hit 7 HR’s and has 20 RBI’s as per Baseball Reference.

However, in trying to preview Tyler Austin’s potential on the Yankees’ roster, we must take a look at what he’s done at the minor league level. In Triple A, in a (once again) injury riddled season, Austin played in 52 games. He had a slash line of .286/.357/.562; this slash line is something that you want to see out of young players. Austin also added to his value with 10 home-runs and 33 rbi’s.

Looking Forward to The Future:

Austin is seemingly set to make the 2018 Opening Day roster asthe Yankees released veteran first baseman Adam Lind on Wednesday March 14th. Austin has played pretty well this spring with three of his five hits being home-runs. And as a right handed compliment to starting first basemen Greg Bird, it sets Tyler up for success.

According to FanGraphs, Austin has impressive numbers against left handed pitchers, a slash line of .361/.432.722. These are outrageous looking numbers and when you see that Austin has a hard hit percentage of 56.5%, you know that if there’s a tough lefty on the mound, Austin will get the call.

That one's not coming back.@T1721Austin gets the Yankees on the board. pic.twitter.com/moH2jRFRJu