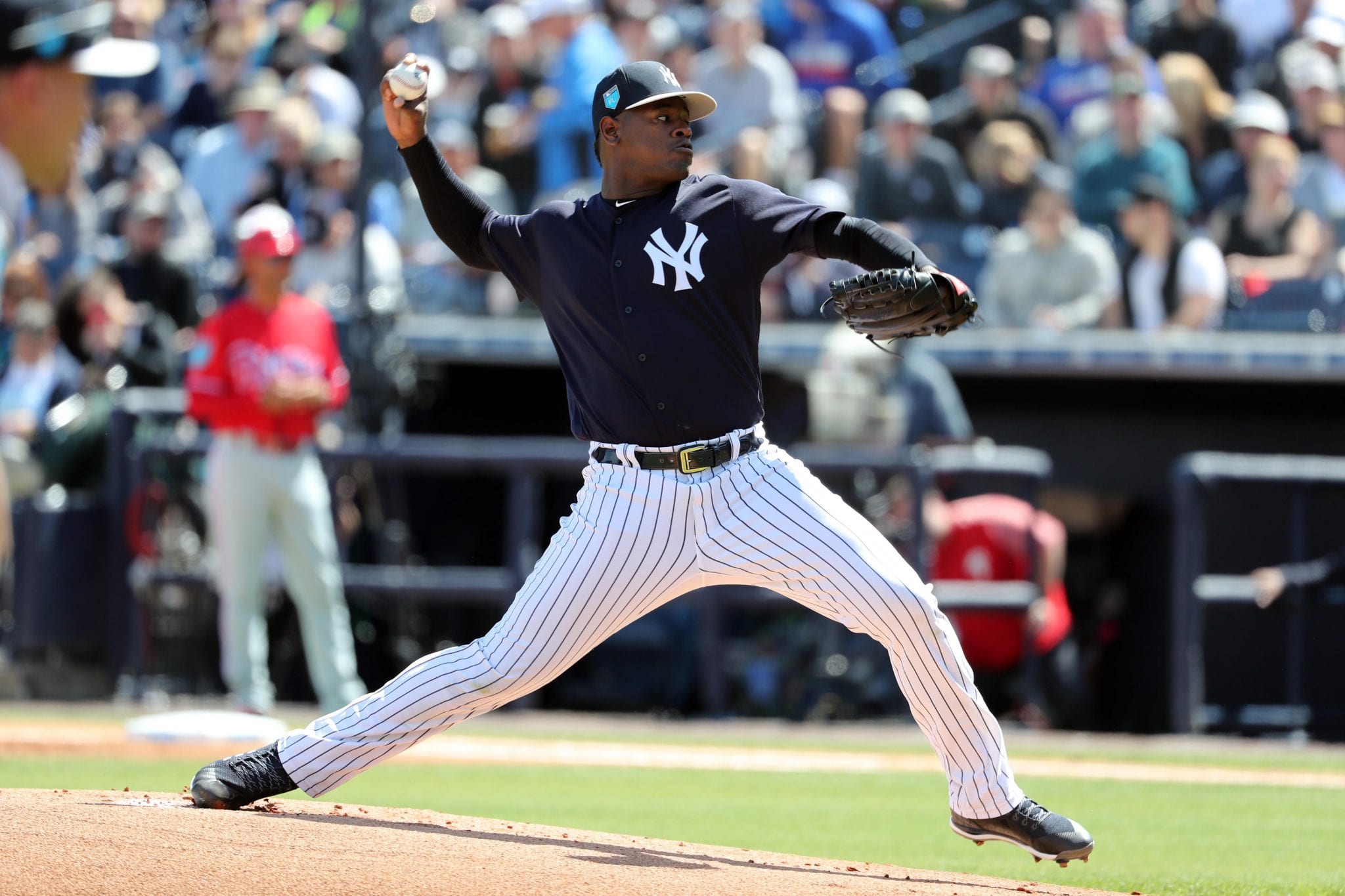 Luis Severino lived up to all the hype last season. Sevy was phenomenal  and proved why he is the ace of the New York Yankees staff. He had a shaky start in his first career playoff start, but was picked up by the offense. The star pitcher bounced back in his next two  playoff starts and showed that the future is bright for the young stud.

Sevy was signed by the Yankees on December 26, 2011 out of the Dominican Republic. The Yankees had to convince Sevy to sign with them. He had original agreed to a deal with the Rockies, but the Yankees matched their offer and the charm of New York brought the Dominican to the promise land.

Severino debuted for the Yankees in 2015 on August 5th against the Red Sox. He pitched very well to finish out the 2015 season and opened up the 2016 in the Yankees rotation. To begin 2016, Sevy had a tough stretch and ultimately went down with a inflammation to his right tricep. When he was healthy again he was called up on July 25 and was used as a reliever to finish the season. Sevy was dominant as a reliever and many thought he should take the gig full-time.

Cashman said that was not an option and that Sevy would be used as a starter in 2017. That was the right choice as he was dominate in ’17 and finished third in CY young voting.  Sevy also represented the Yankees at the All- Star Game in Miami.

Sevy had a tough beginning to his playoff career. The Twins roughed him up for three runs in the first inning of the Wild Card game and he was pulled after only recording one out. He bounced back against the Indians and Astros. He had a decent postseason, but will look to prove he is an ace when he is given the opportunity to pitch in the postseason again.

He was announced as the Yankees as the Opening Day starter against the Blue Jays for this season.

Manager Aaron Boone announced today that RHP Luis Severino will start for the Yankees on Opening Day, March 29 at Toronto.

Sevy has a bright future ahead of him and if healthy will be the Yankees ace for a long time. He has the passion and fire to be a great pitcher. When he received lessons from Pedro Martinez in the 2016 off-season on how develop his changeup, that really helped him. Sevy wants to be the best and if he continues at the rate he is going nothing will stop him.