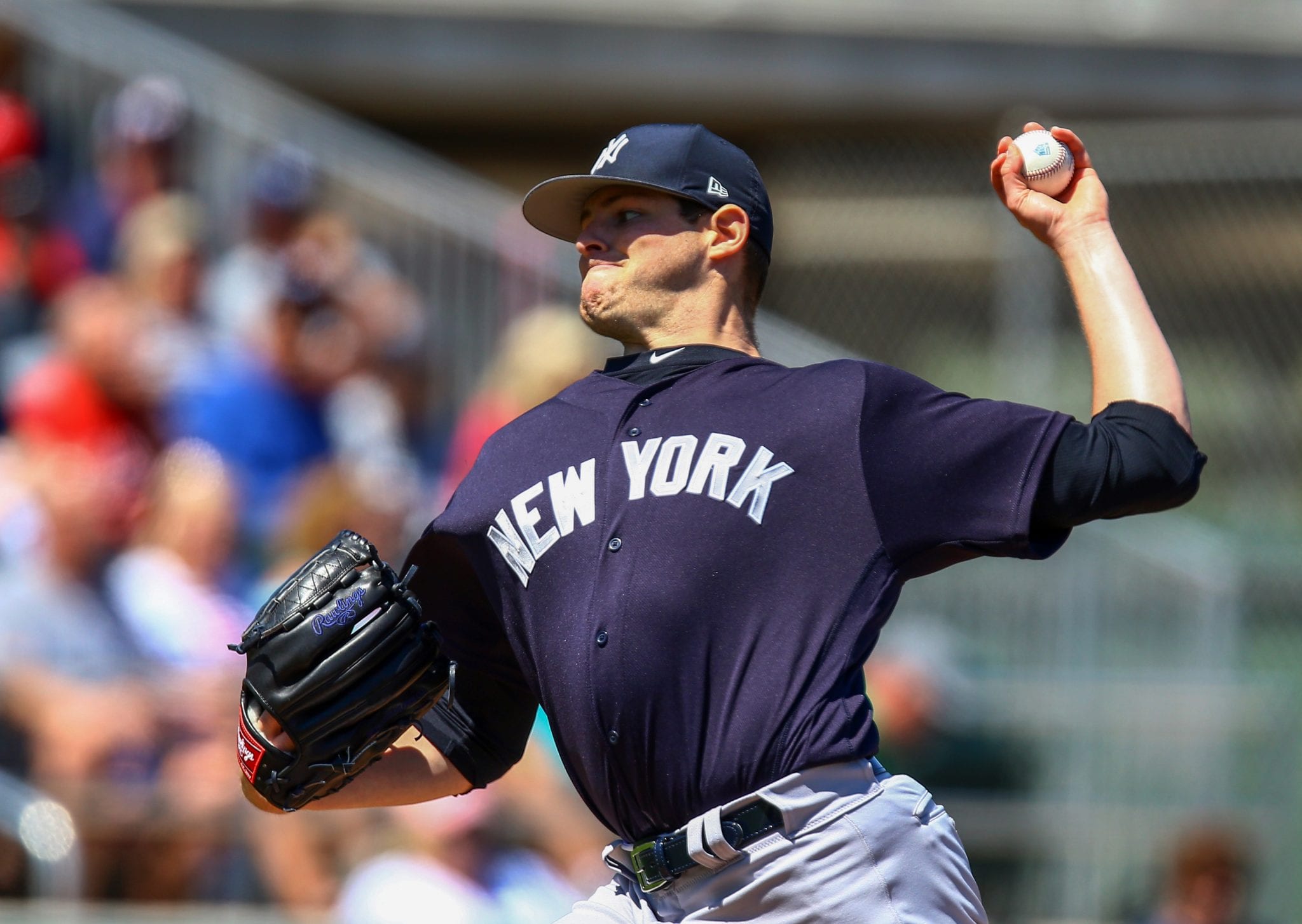 Jordan Montgomery was a welcomed surprise to many New York Yankees fans last season. No one expected Montgomery to be a part of the Yankees for a majority of the campaign last year.

Monty put together a fantastic spring training last year and earned the fifth starter job for New York. He had the best rookie season out of any rookie pitcher in baseball last season. 2018 is a year in which he can establish himself as a solid back of the end rotation pitcher.

Montgomery is from Sumter, South Carolina. He attended Sumter High School and was a great player. In his senior year he won the South Carolina player of the year award. Monty attended the University of South Carolina where he was a freshman All-American. He was selected in the 4th round of the 2014 draft by the Yankees and was given a 424,000 signing bonus.

Monty was a non-roster invite to spring training last year and was in competition for the fifth starter job. Many believed that Chad Green or Luis Cessa would win the job. But, to the surprise of many it was Monty who out-performed both. Monty did not make the Opening Day roster as the Yankees had a lot of off days and carried an extra bullpen arm until April 12 when he made his debut against the Rays.

Monty had a solid debut (I was there!). He showed he had the ability to get batters out with a mix of his fastball, curve, and changeup. He had a fantastic first half as he almost averaged a strikeout an inning. He had 87 K in 93 1/3 innings in the first half.

Monty struggled a bit in the second half and was sent down on August 6th, but was recalled on August 11th because of an injury to CC. Monty finished out the year well.

Monty did not make the Yankees Wild Card game roster, but he was on the ALDS and ALCS roster. He did not see any game action in either series. Just the experience alone should help Monty become determined to earn a start if the Yankees make the playoffs this season.

Monty has the tools to become a number three starter for the Yankees and is a great guy to round out this rotation. He does have a problem giving up homers, but he should be able to lower his homer totals this season. Having a full season under his belt, Monty should be comfortable and able to take off in the coming year. I am excited to see what Monty can bring to the 2018 Yankees.

"It's about the best time to be a Yankee and be young right now." – Jordan Montgomery. pic.twitter.com/LWF5D1pBWB