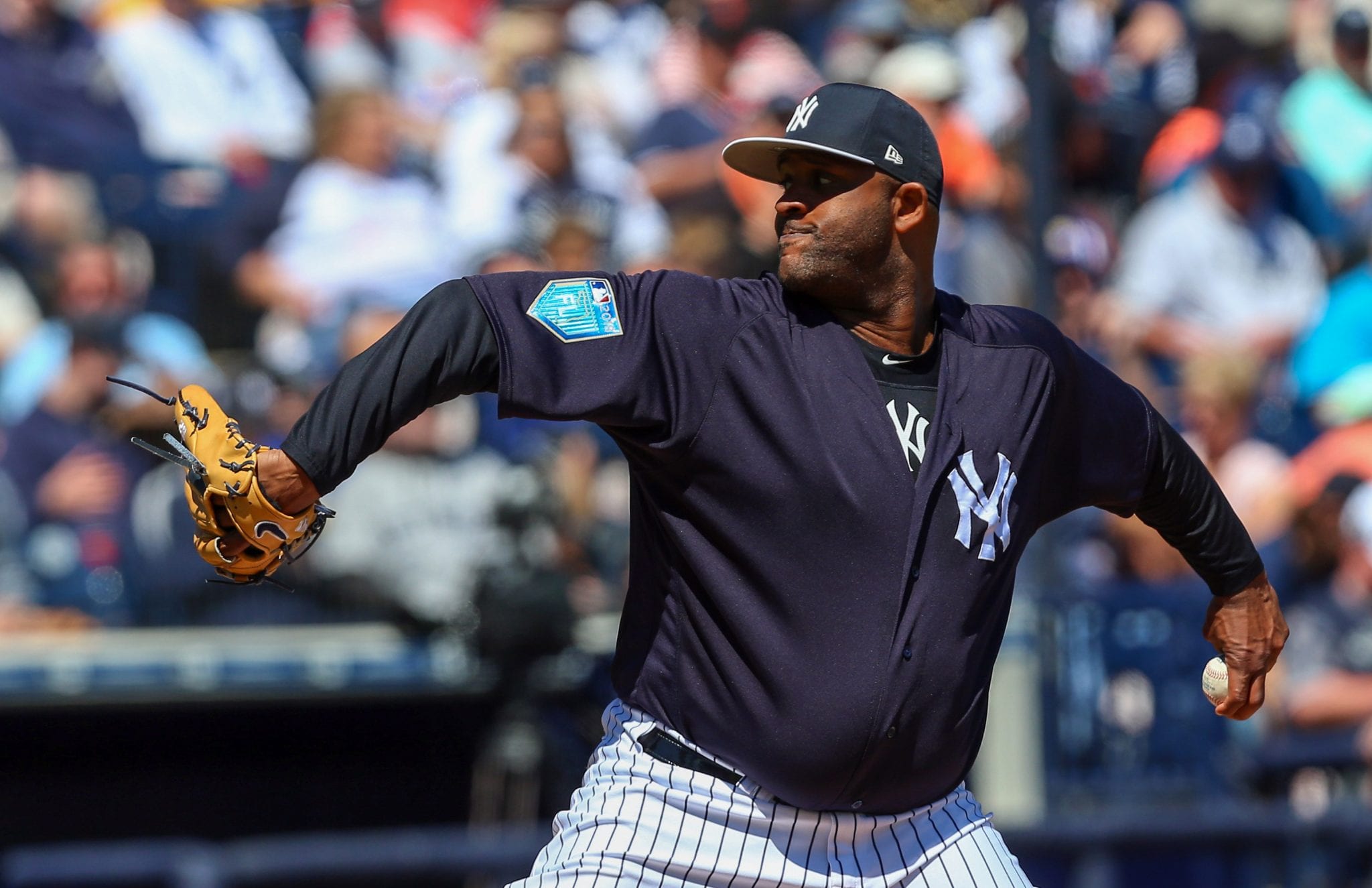 CC Sabathia is in one word, awesome. He truly loves this city, the fans and the New York Yankees organization. The big man has had an amazing career and still has plenty left in the tank. CC has redeveloped himself from a power pitcher with a plus fastball to a guy who can mix his off-speed stuff with his speed pitches and get batters to swing at air.

CC had a great campaign for the Yankees last season.

CC attended Vallejo High School in Vallejo, California where he was born. He played baseball, football, and basketball in High School. CC was the top prospect from Northern California entering the 1998 Draft. He was selected by the Indians in the first round 20th overall. He had signed a letter of intent to play football and baseball for Hawaii ,but signed with the Indians.

CC signed with the Yankees in 2008 and helped to lead the team to their 27th World Series Championship in 2009. Since then, CC has been tremendous for the Yankees. He has dealt with injuries and bounced back from them. but still retained the fire and passion even after playing for so long.

CC was tremendous for the Yankees last season. He was the Yankees stopper when they were on a losing streak and when it was Sabathia’s turn to start he was 9-0 with a 1.83 ERA.

CC was even better in the playoffs for the Yankees. He stepped up in game five of the ALDS against the Indians to propel the Yankees to the ALCS against the Astros. CC posted a 2.37 ERA, 1-1, 5 ER, 16 H. 19 K in 19 innings pitched.

CC was a free agent after the 2017 season and many speculated that he would return to the Yankees. He did have meetings with several teams including the Angels and Blue Jays, but ultimately decided to rejoin the Yankees. CC resigned with the Bombers on December 11th on a one year contract worth $10 million.

Resigning CC was huge for the Yankees, as they know they can give the ball to him and get a quality start. He will be the Yankees third starter to open the new season. This may be Sabathia’s final season in Pinstripes, so the Yankees should send their big man off with a world series trophy.