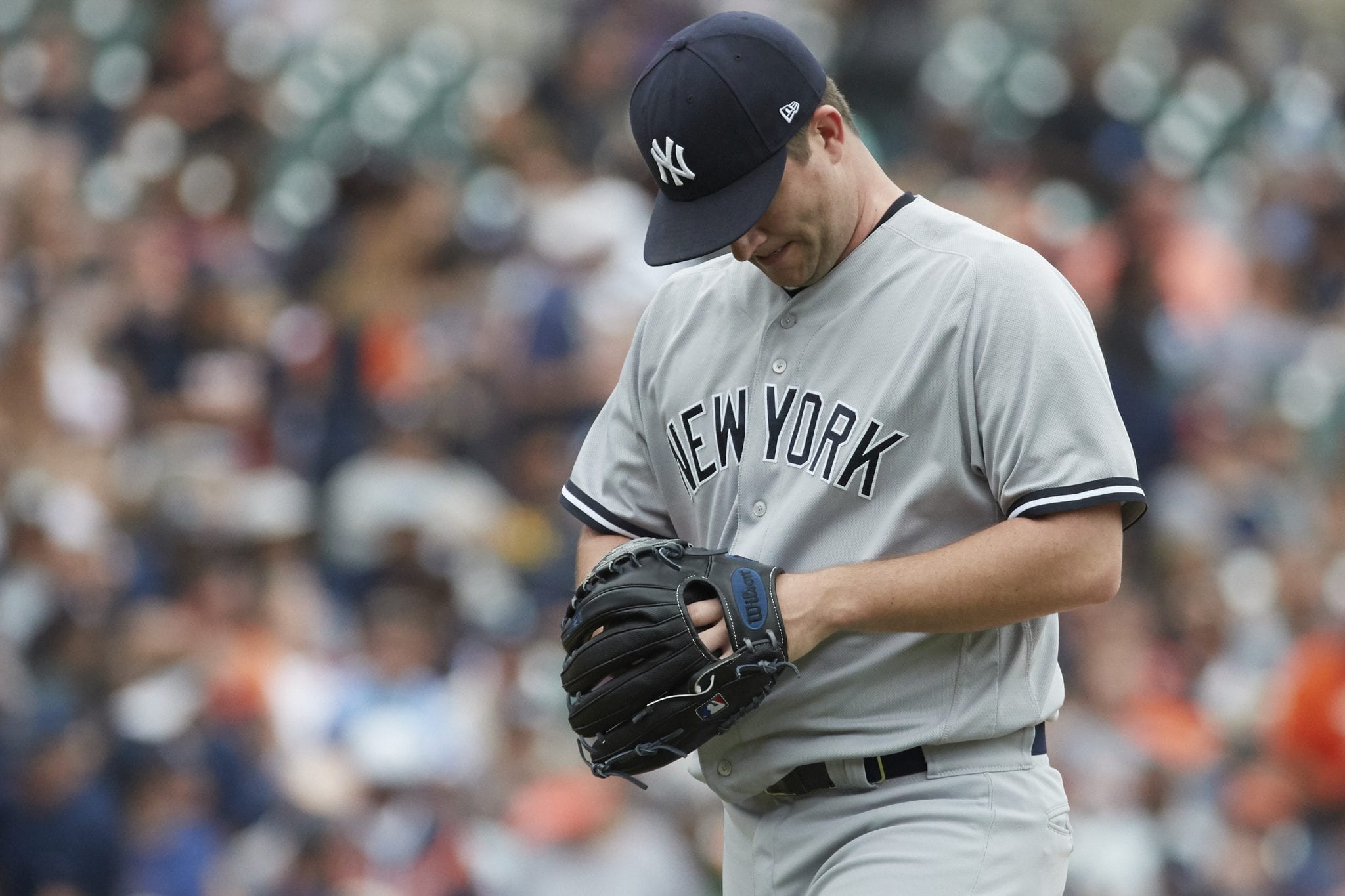 Adam Warren is a great player to have on any team. The New York Yankees love Warren because he attacks hitters and can be used as a long man or closer. Warren is the most important guy in the Yankees bullpen. He has the ability to be a starter also. His value to the Yankees in underappreciated by many. Warren is a true professional and will do anything that is asked of him.

Warren made his debut on June 29, 2012 as a starter and gave up six runs in 2 1/3 innings . Warren was sent back to Scranton the next day and was recalled when rosters expanded in September.

The Yankee’s pitcher was featured more in 2013 as he made two starts and appeared in 34 games for the Bombers. He earned his first career save against the Indians on May 13. Warren continued his success in 2014 and was valuable to the Yankees. He recorded three saves and had a 2.97 ERA in 78 2/3 innings.

Warren was placed back in the rotation in 2015 because Ivan Nova was recovering from Tommy John.  He was 5-5 with a 3.59 ERA in 14 starts. Warren was then placed in the bullpen. Following Eovaldi’s injury to his shoulder Warren finished the year in the rotation.

The Yankees in the off-season traded Warren to the Cubs in exchange for Starlin Castro. He did not have success with the Cubs in the first half of the season as he posted a 5.91 ERA in 29 games.

When the Yankees made the decision to trade Chapman, the Cubs pulled the trigger. The Yankees reacquired Warren from the Cubs along with Gelyber Torres, Billy Mckinney and Rashad Crawford.

"I was excited to just be apart of this organization again," Adam Warren's reaction to being trading to the @Yankeeshttps://t.co/gGuPQQANKG

Warren was definitely happy to be back in pinstripes as he posted a 3.26 ERA in 29 games in 2016. Warren had a bounce back season last year and returned to his old form. Warren has confidence pitching in New York and the Yankees are glad to have him.

Warren will be a great option for Boone to use in many different situations and will be valuable to this team.