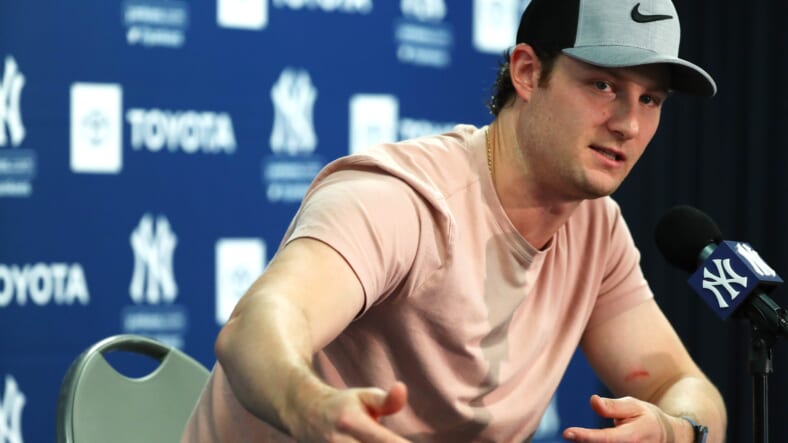 When the New York Yankees unloaded $324 million over the next nine-year for star pitcher Gerrit Cole, not only did they expect quality baseball from him, but the winning mentality that makes his teammates even better.

The Yankees have high hopes for Cole in 2020, and it starts with a World Series mindset.

â€œI love it,â€ Cole said of the teamâ€™s World Series-or-bust mentality. â€œFrom a player perspective, it doesnâ€™t get much [simpler] than that. Itâ€™s the dream to go out there every day and try to win every single time. It sounds very simple, but you guys know better than I do, being around this organization, there are a lot of moving parts and there are a lot of people that pour a lot of time into simplifying that one theme: We need to win a world championshipâ€¦ That drive to win is what fuels you.â€

The New York Yankees have given Gerrit Cole everything he needs:

Cole is focused on winning, money aside, which is what makes him one of the best starters in the MLB and why the Yankees elected to drop a boat-load of cash on his doorstep. Luring him to the Bronx required plenty of effort, including knowing the wine he drank on his Anniversary in Florence and his mindset towards technological growth.

So far, the Bombers have done nothing but aid his happiness and adapt to his progressive approach. It’s well documented that the Yankees are one of the most tech-advanced teams in the league.

The quality of the team as a whole has given Cole the confidence and motivation to dominate:

â€œItâ€™s easy to stay driven this year,â€ Cole said of getting within a win of a championship last October. â€œMy free agent process got done really quickly. You mix that excitement with that disappointment or bad feeling you have of losing and you get someone whoâ€™s [champing] on the bit. Iâ€™m ready to go right now to take care of business. It drives me every year, but specifically last year, coming so close, it just makes the opportunity this year so much more exciting.â€

Cole has fully recovered from pitching 250-innings in 2019 and will be ready to go for spring training. All that’s left now is to wait until we can see him feature in a meaningful game.