New York Yankees: Gerrit Cole, a 14 year dream realized, through the eyes of a Yankee scout

This is a story about New York Yankees scout Dave Keith and new Yankee pitching ace Gerrit Cole.  If found the information from Keith to be fascinating.  I took this article in its entirety from The Athletic and they and Lindsey Adler should be credited for its content. 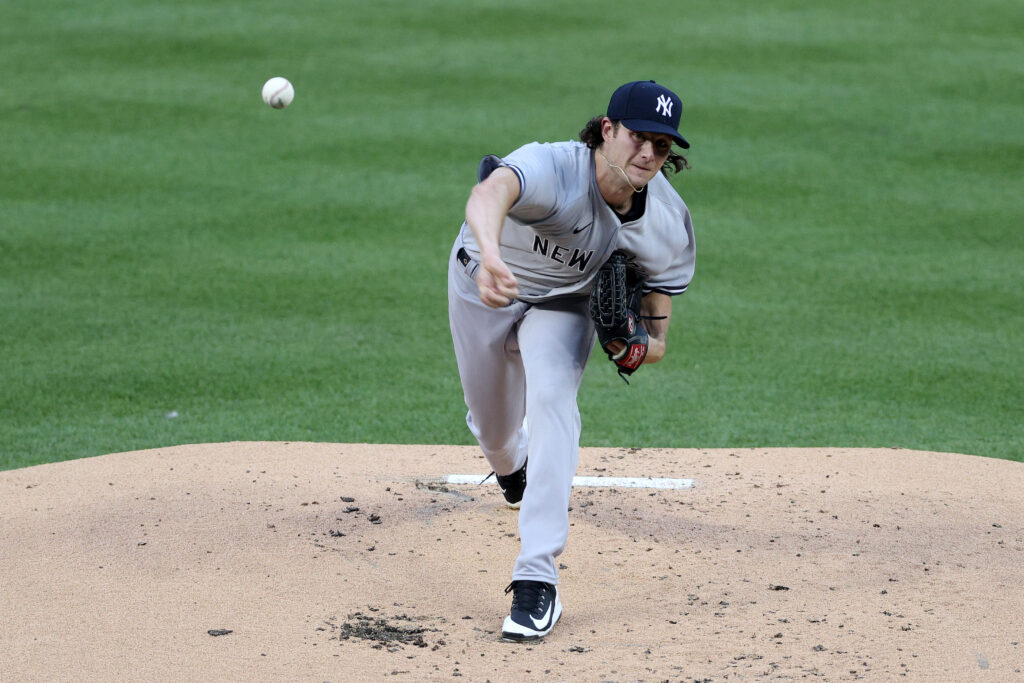 Yankees scout Dave Keith was covering a scout ball tournament in Southern California in 2006 when he began paying attention to a highly competitive 16-year-old right-hander with a quick arm and a fastball that sat at 88 to 90 mph. Fourteen years later, Keith will be in California watching Gerrit Cole’s first home start as a Yankee, a longtime dream realized for both the pitcher and the organization.

“I wish there were more guys with his talent because it would make my job a heck of a lot easier,” Keith said.

The Yankees had to play the long-game to make Cole a Yankee after he chose to attend UCLA rather than sign with them out of high school in 2008. When Cole takes the mound against the Phillies on Monday night in the Bronx, Keith will be thinking about the teenager he met nearly 15 years ago. He was a kid with Yankees posters all over his room, and he told the scout he had to rush home after his own baseball games to catch his favorite team on television.

“I quizzed him to see if he was lying,” Keith recalled. “Gerrit could talk about every pitch, everything that happened in every game. There was no doubt how much of a Yankees fan he was.”

The work of a domestic amateur scout goes two ways: They must sell a player and their families on the organization they work for as much as they must sell the organization on the player ahead of the amateur draft. Scouts are known generally for their observation skills, but relationship-building is an essential part of the job.

Scouts get attached to players even if they are drafted by another team or eventually choose to sign elsewhere. For Keith, his satisfaction comes from seeing Cole finally live out his dream to wear the pinstripes, not for his own long-delayed conclusion of a job well-done.

There were two things that Keith felt Cole would need to learn how to manage once he began his career after pitching at Orange Lutheran High School: Adversity and his own emotions.

“You’re talking about a guy who’s never had to handle on-field adversity his whole life,” Keith said.”We get that a lot. It’s very common in high school kids that are of his caliber.”

The competitiveness that had excited Keith from the start of their relationship sometimes made it difficult for Cole to keep his composure on the mound when things would go wrong. It’s an intensity that Cole has continued to battle in his pro career at times, notably during his early years in Pittsburgh.

“He definitely wore his emotions on his sleeve,” said Jeff Patterson, the Yankees crosschecker who saw Cole in high school. “It’s been fun to watch him mature over the years from an elite high school prospect to probably the best pitcher in the game right now.”

Cole’s father, Mark, protected his son’s time by having scouts meet them at a batting cage rather than their home, Keith said. Expecting limited time to speak with the young pitcher, Keith told Mark that the Yankees had a heavy interest in drafting Gerrit, and said he hoped for more than a half hour to get to know him that day.

“We sat and talked and it must have been an hour and a half the first time,” Keith said. “Gerrit was very independent, he didn’t need dad to talk for him, which was impressive for a young kid. He was really articulate on his craft at a young age and really knew what he wanted to do.”

The morning of the draft, Keith says Mark Cole sent him a photo of his son leaning over the railing in Arizona during the 2001 World Series with a sign that read “YANKEE FAN TODAY TOMORROW FOREVER.” The photo had originally been published in the New Jersey Star-Ledger, and Keith says he forwarded it on to Damon Oppenheimer, the Yankees’ director of amateur scouting.

Cole went to the Yankees 28th overall, and the organization began working to sell him on entering pro ball instead of going to play for UCLA.

“It was like he had a Plan A and Plan A,” Patterson said. “At the end of the day he just felt more comfortable going to UCLA. It wasn’t ever about money, because it really never got far.”

“After he decided to go to UCLA, we sent text messages back and forth,” Keith said. “I was just hoping that one day he’d wear pinstripes, which ended up happening. It’s a win-win for everyone at the end, but of course I would have loved to have him here in 2008. There’s been many times during the season that I’ll say to my wife, that it’s too bad we didn’t have Cole for a few more years, but living in the present is better than the past.”

The Yankees continued to target Cole over the years, attempting to get him from Pittsburgh in a trade before finally signing him once he reached free agency last winter. General manager Brian Cashman says he told Cole he was his personal “white whale” when they met face-to-face for the first time during a meeting in December.

“I can remember as a little boy dreaming about being a Major League Baseball player, specifically a Yankee. I’m just tremendously excited, and I hope there’s a lot of young boys out there that chase their dreams just like I did,” Cole said during his introductory press conference at Yankee Stadium.

“If it would have gotten nasty in 2008, who knows what would have happened,” Patterson said. “He might have been shut down to the Yankees.”

Keith also scouted Yankees catcher Kyle Higashioka and utility player Tyler Wade when they were in high school, and he says his personal satisfaction will come when Cole and Higashioka can play as the New York battery during a regular-season game.

“I got to see them a lot together, so it was really neat to think about Cole and Higgy playing together for the Yankees,” Keith said.

When Cole finally takes the mound in pinstripes at Yankee Stadium, fourteen years after Keith saw him for the first time as a developing high school prospect, he says his thoughts will turn to Gerrit’s success sooner than his own.

“It’s all about Gerrit,” Keith said. “Knowing that his dream was fulfilled after growing up a huge Yankee fan. Just being able to envision that his dad will be able to see him pitch at Yankee Stadium at some point, how cool is that going to be? Being a Yankee, knowing what he brings and how he improves our chances of winning another World Series for the fans? That’s the stuff I’m really happy about. That’s what I’m feeling now, just happiness for him.”