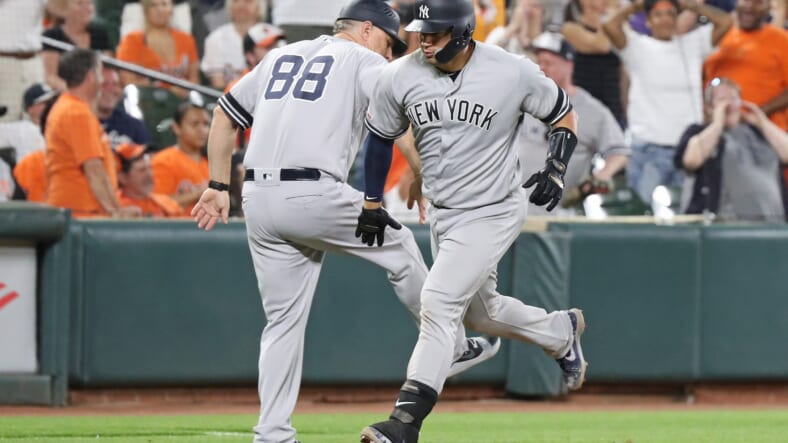 The New York Yankees aren’t only set to lose a multitude of players to free agency in the coming days, they are also in danger of losing a variety of coaches to potential head coaching vacancies across the league.

The Detroit Tigers are looking to potentially steal one of the Yankees’ coaches to fill their vacant head coaching position after the departure of Ron Gardenhire. According to George A. King of the New York Post, the Tigers have inquired about third-base coach Phil Nevin and bench coach Carlos Mendoza. Mendoza has spoken with both the Tigers and Boston Red Sox.

The list doesn’t end there, though, as hitting coach Marcus Thames has been in touch with the Tigers as well. Nevin makes the most sense, though, as he has past experience with the minor-league system. At 49 years old, he is ripe for the taking and surely has the fire and passion you’d want in a head coach.

Phil Nevin has been the center of drama at times for the New York Yankees:

Earlier during the 2020 season, the Yankees and Tampa Bay Rays had intense interactions, fueled by a head-hunting fastball by closer Aroldis Chapman. Consistent chirping and emotions fueled and forged a rivalry during the regular season, but the Rays won out in the ALCS and are now competing in the World Series against the Los Angeles Dodgers. Once again, the Yankees were unable to push forward and reach the WS for the first time in over a decade.

â€œThe chirping afterwards, Phil Nevin, once again their third base coach, just always being that guy,â€ Kiermaier said after the game via zoom earlier this year. â€œThatâ€™s all Iâ€™m going to say on that. It is what it is. Iâ€™ve said it before, we donâ€™t like them, they donâ€™t like us.â€

Nevin has seemingly been the focal point at times during these exchanges, fueling the fire. Providing energy to your players is a necessity for any coach, but egging on fights is certainly not appealing.