New York Yankees: 5 young Bombers who could join the active roster in a shortened season 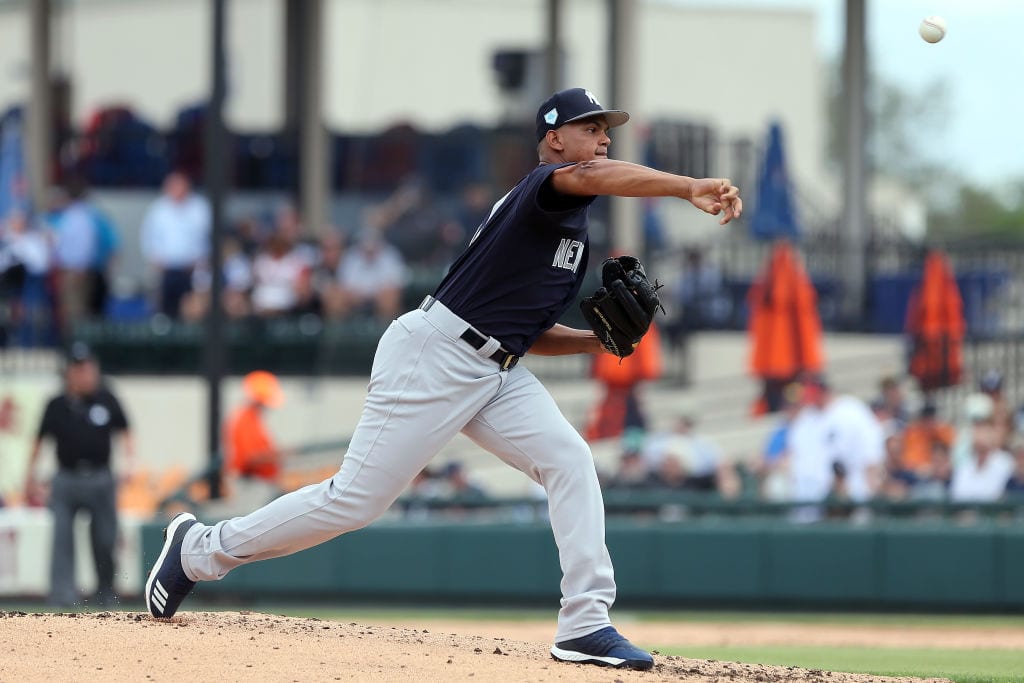 The New York Yankees will have to make some changes to their roster if a shortened season does, in fact, happen, which would likely include an expanded team to compensate for condensed game schedules.

Minor Leaguer’s with premium potential could be asked to take a step up and help the team if need be, meaning pitchers like Clark Schmidt and Deivi Garcia could be on the active roster come July. However, there are a few other options that could tag along in case the Yankees need some assistance.

Here are 5 players the New York Yankees could taxi during the regular season:

The Yankees acquired Albert Abreu in a package deal for catcher Brian McCann with the Houston Astros in 2016. Abreu has spent time with five different Yankee affiliate teams, making 54 regular-season appearances and compiling a 4.37 ERA.

He has pitched in 222.2 innings but has struggled with durability and command in recent years. Abreu might be better suited for a bullpen role rather than a starting one, as his fastball can typically hit 94-98 mph and even reach over 100 at times. Abreu was great when heâ€™s on the offensive and aggressive on the mound, but can sometimes get in his own head. He certainly has the talent, and the Yankees could look to him if needed.

Kriske is only 25 years old, and having only pitched 48.2 innings at AA Trenton, the relief pitcher could supplement a back-end bullpen role for the Yankees in a shortened season. Starting in High-A Tampa last year, Kriske didnâ€™t allow a single run over 12 innings, allowing just four hits and striking out 16 batters. He is a player to keep your eye on, and he could receive his first opportunity in 2020.

Medina has fantastic fastball velocity, but he has failed to strike out batters throughout his Minor League career. The 2020 season was going to be extremely significant for Medina, but things have taken a turn for the worse. He finished the end of 2019, throwing strikes, and hopefully, he can continue that moving forward.

Nelson is another strong-armed pitcher that has the potential to develop to a nice level. In Single-A ball, he tossed just 3.2 innings and logged a 0.00 ERA. With AA, in his biggest sample size, he pitched 65 innings and landed a 2.35 ERA. With AAA, his 4.71 ERA over 21 innings pitched was a bit problematic. He simply isnâ€™t ready for the majors just yet, but he is well on his way and certainly has the stuff to make it.

Yajure doesnâ€™t have the strongest arm, but he has an exciting repertoire of pitches. After missing the 2017 season due to Tommy John surgery, he bounced back with a solid year. All four of his top pitches are average or above, throwing his fastball in the 93-95 mph range. He throws his changeup often and has a solid curveball that can keep hitters honest.

His cutter, which is a development in his arsenal of pitches, is exciting and represents his latest bout of development.

He is a player that the Yankees can lean on in the future and should make an impact.