MLB News: What the most at risk managers and coaches are saying, find out 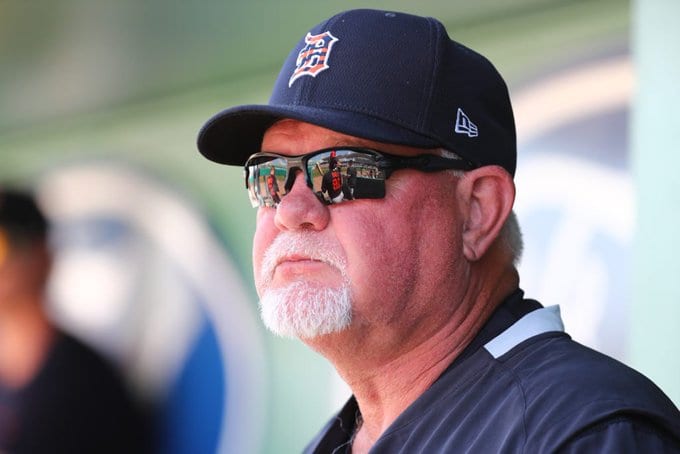 The New York Yankees manager is Aaron Boone, and at 47 years old, he is not in the high-risk category that 34 other managers and coaches are just because of their age.Â  There are many in their 60s and even 70s.Â  The Houston Astros have the most in baseball with three that are over 70.Â  There are some in that group of 34 that are not only on the list due to age, but some have underlying health conditions as well, putting them at even more risk during the coronavirus pandemic.

For the purpose of this article, I will center on just two MLB members of the group.Â  Manager Ron Gardenhire (62) for the Detroit Tigers he has health issues, and Joe Maddon (66) of the Chicago Cubs who does not have any underlying health issues.

Assuming that the MLB players and owners can come together and reach a compromise on monetary issues, and there will be a baseball season this year, all baseball personnel will be subject to some virus risk.Â  For the players, MLB has issued a 67-page health initiative to address those concerns.Â  Still, there is a risk involved.Â  But for managers and coaches, the risk is even greater, and they will endure those risks for far less pay in most instances, yet all seem ready and more than willing to get going and play ball.

Changes for players will include everything from no gang showers to no spitting, it will be just a start in what will be an entirely different looking season.Â  But for players how they play the game will see a few changes.Â  For managers and coaches, it will completely change their management style. There will be no fist pumps, no hugging, and no shouting in the faces of umpires.

For Ron Gardenhire of the Tigers, he has diabetes and has had cancer, putting him at high risk if he catches the COVID-19.Â

â€œI mean, obviously, when we start talking about health concerns and all those things, and how this thing is going to go down, and we know baseballâ€™s not going to be normal, I think about that an awful lot. But I also have committed to this team. And Iâ€™m not one to shy away from things like this.

â€œI respect my players,â€ he said. â€œThey want to play. And my coaches â€“ they all want to get back to baseball. But things do go through your mind when youâ€™ve been through some of this stuff.â€

Gardenhire cited an analogy that was made to him by Kuntz, a coach for the Kansas City Royals.Â  You went into a store with a mask on and gloves and met workers that you have no idea where they come from or in what health concerns they may have.Â  He then cited that his comfort level was an 8 out 10 and that his comfort level was much greater with the health protocols that baseball will endure. Youâ€™ve got to go through the testing. Youâ€™ve got to do the saliva test, the temperature test.â€™

The Chicago Cubs manager Joe Maddon is a health freak.Â  He has been riding his bike 60 to 100 miles a week for years. He has a vitamin regiment, eats healthy, and doesn’t drink or smoke.Â  He is in the high-risk category because of age, but because of his condition doesn’t believe he is at high risk.

Maddon, when the MLB baseball season came to a halt, vowed to get even more healthy and build up his immune system.Â  He recently said:

â€œSo my point is, my thought was to get in as best shape as I possibly can at this age. And then after that? The doctors. I have not had any negative response from any doctors. No doctor has flipped any concerns my way. So my plan is to approach this like I approach everything else. Except that I have taken what I thought were the right steps to be ready for this moment and see how that plays out.â€

These quotes are attributed to Jason Stark of The Atlantic, who interviewed several coaches and managers.Â  The conscious of all of the managers and coaches is that they are ready to play ball.Â  Even some of the younger ones that have underlying conditions like Nationals manager Dave Martinez, who has a heart disease history and Dodgers manager Dave Roberts, with cancer concerns.Â  Even while many players still in the youth of their lives are complaining about the risk, these over 60’s are ready to go.

Baseball players will suffer the changes in the game and their contact with others in a similar nature as all Americans in their daily lives, but do it at a much higher pay scale than most fans. What the players and owners need to do is a compromise on monetary issues in order to have some kind of baseball this season.Â  Time is running out.