Getting to Know Your Yankee Third Base Coach: Phil Nevin 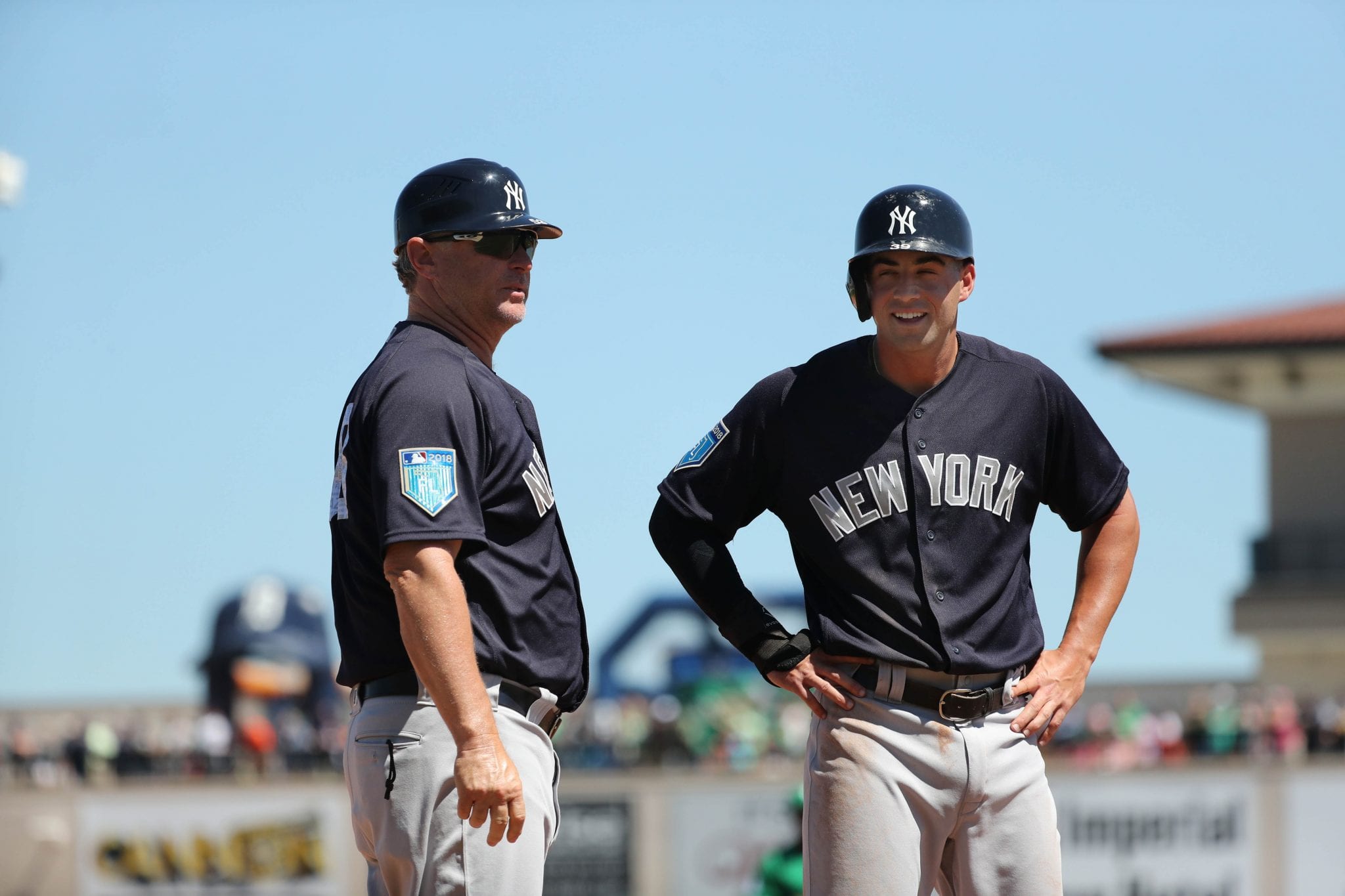 Phillip Joseph Nevin (born January 19, 1971) is a former Major League baseball player. Nevin played third base, first base and outfield. He spent twelve seasons as a player in the Majors, appearing in 1,217 games between 1995 and 2006 for the Houston Astros, Detroit Tigers, Anaheim Angels, San Diego Padres, Texas Rangers, Chicago Cubs and Minnesota Twins. Nevin was brought in to be the third base coach of the New York Yankees by new manager Aaron Boone.

Third Base Coach? What Does He Do ?

According to the MLB.com Glossary the definition of what the Third Base Coach is:
“The third-base coach stands in foul ground, just behind the third-base bag, and helps relay signals from the dugout to both batters and baserunners.”

“With a batter at the plate, a third-base coach will use pre-determined hand and arm gestures to indicate when said batter is expected to bunt, execute a “hit-and-run,” or “take a pitch.” By rule, the third-base coach must stay within the designated coach’s box on the third-base side of home plate prior to each pitch. The coach may leave said box to signal a player once a ball is in play, provided the coach does not interfere with the play.”

“Additionally, the third-base coach is responsible for advising baserunners on whether to stop at second and third base or to continue running home. He must know the speed of each runner, the location of the batted ball and the arm strength and accuracy of a fielder who is in the process of fielding the ball. Third-base coaches must act decisively and do so in the blink of an eye, as they often have just a second or two to decide whether to send a runner past third base in an attempt to score.”

It will be expected that Nevin will have surgery on his right shoulder from all of the “waiving home” that he will be doing this season. Phil has a close relationship with Aaron Boone and it is this relationship along with bench coach Josh Bard that Boone will lead on.