Getting to Know Your Yankee Pitching Coach: Larry Rothschild 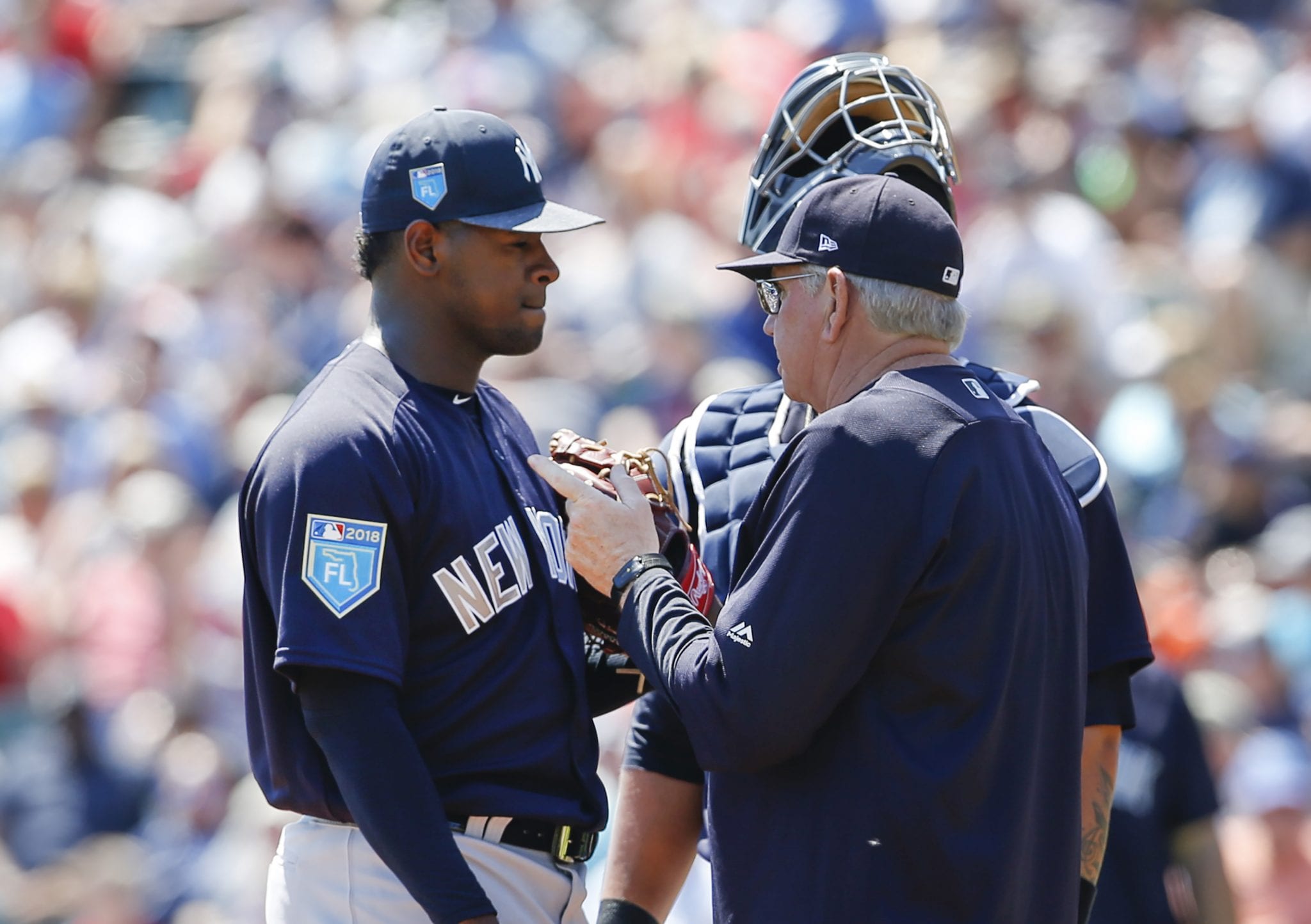 Lawrence (Larry) Lee Rothschild (born March 12, 1954) is a former Major League pitcher, coach, and manager. Rothschild played for the Detroit Tigers in parts of the 1981 and 1982 seasons.

Rothschild then worked as a coach with the Cincinnati Reds from 1986 through 1993, Larry was also a part of the coaching staff of the World Series winning Reds in 1990 serving as the team’s bullpen coach for their sweep of the Oakland A’s.

The former pitcher also worked with the Atlanta Braves as a pitching instructor in 1995 before joining the then Florida Marlins in 1995 through 1997, where he won another World Series ring with the Fish against the New York Yankees.

Rothschild was then tasked with becoming the manager of the newly formed Tampa Bay Devil Rays for their inaugural season in 1998. Larry managed in Tampa from 1998 until the early part of the 2001 season. Tampa decided to move on from Larry as manager and he spent the remainder of 2001 as a consultant with the Florida Marlins. In 2002 Rothschild was brought on to be the pitching coach for the Chicago Cubs.

Pitching Coach? What Does He Do ?

According to the MLB.com Glossary the definition of what the Pitching Coach is:

“Pitching coaches instruct their pitchers on pitching mechanics, pitch selection and preparation while also providing insight into the weaknesses of opposing hitters — often with the help of video technology.”

“Pitching coaches can alter a pitcher’s arm angle, placement on the pitching rubber or pitch selection in an effort to improve his performance or durability. During a game, the pitching coach assists the manager in making decisions pertaining to the starting pitcher and relief corps. He will also make occasional visits to the mound to help calm down or provide advice to a struggling pitcher.”

Larry Rothschild is widely regarded as a great pitching coach. With his experience as a former manager and years as a pitching coach, Larry will be a key asset to Aaron Boone in his maiden voyage as a big league skipper. Rothschild can be expected to help his pitchers maintain a high level of production throughout the season. And also to be that veteran coaching experience for the relatively inexperienced coaching staff.