Getting to Know Your Yankee Bench Coach: Josh Bard 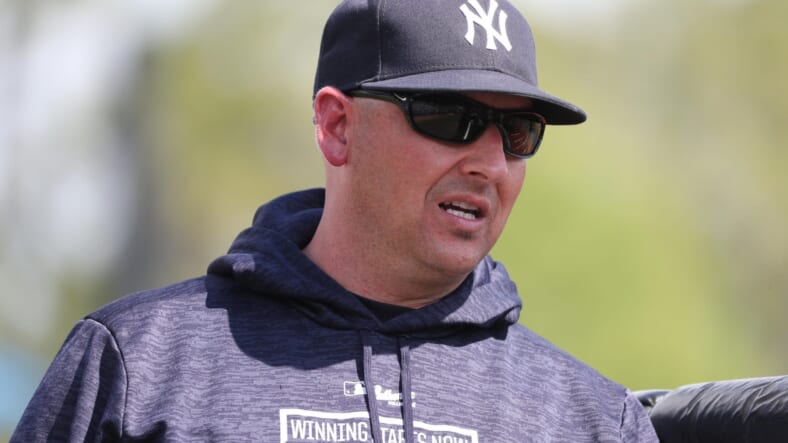 Bard played along side of the new New York Yankees manager Aaron Boone in 2005 for the Indians. Bard spent most of his career dealing with injuries, however when healthy Josh served as a good backup catcher.

AfterÂ Bard retired in 2012 he became aÂ Special Assistant with the Los Angeles Dodgers and would serve in that role until becoming theÂ bullpen coach for the Dodgers prior to their 2016 season.

Through his relationship with Aaron Boone Josh Bard was hired to be the New York Yankees bench coach for the upcoming 2018 season.

Bench Coach? What Does He Do ?

According to the MLB.com Glossary the definition of whatÂ the Pitching Coach is:

“A bench coach is typically considered the right-hand man to his team’s manager and helps to foster a positive environment in the clubhouse as well as communication between the player roster and coaching staff.Â Bench coaches assist their managers in decision-making and will sometimes relay scouting information from the team’s front office to the club’s players.”

“Many bench coaches are former or aspiring managers. The bench coach typically steps in to act as manager when the regular manager is unavailable (often as a result of being ejected from the game).”

Josh Bard is the right hand man of Aaron Boone as thus his responsibilities will be many, however his biggest and arguably most important job will be assisting Boone on this brand new journey.