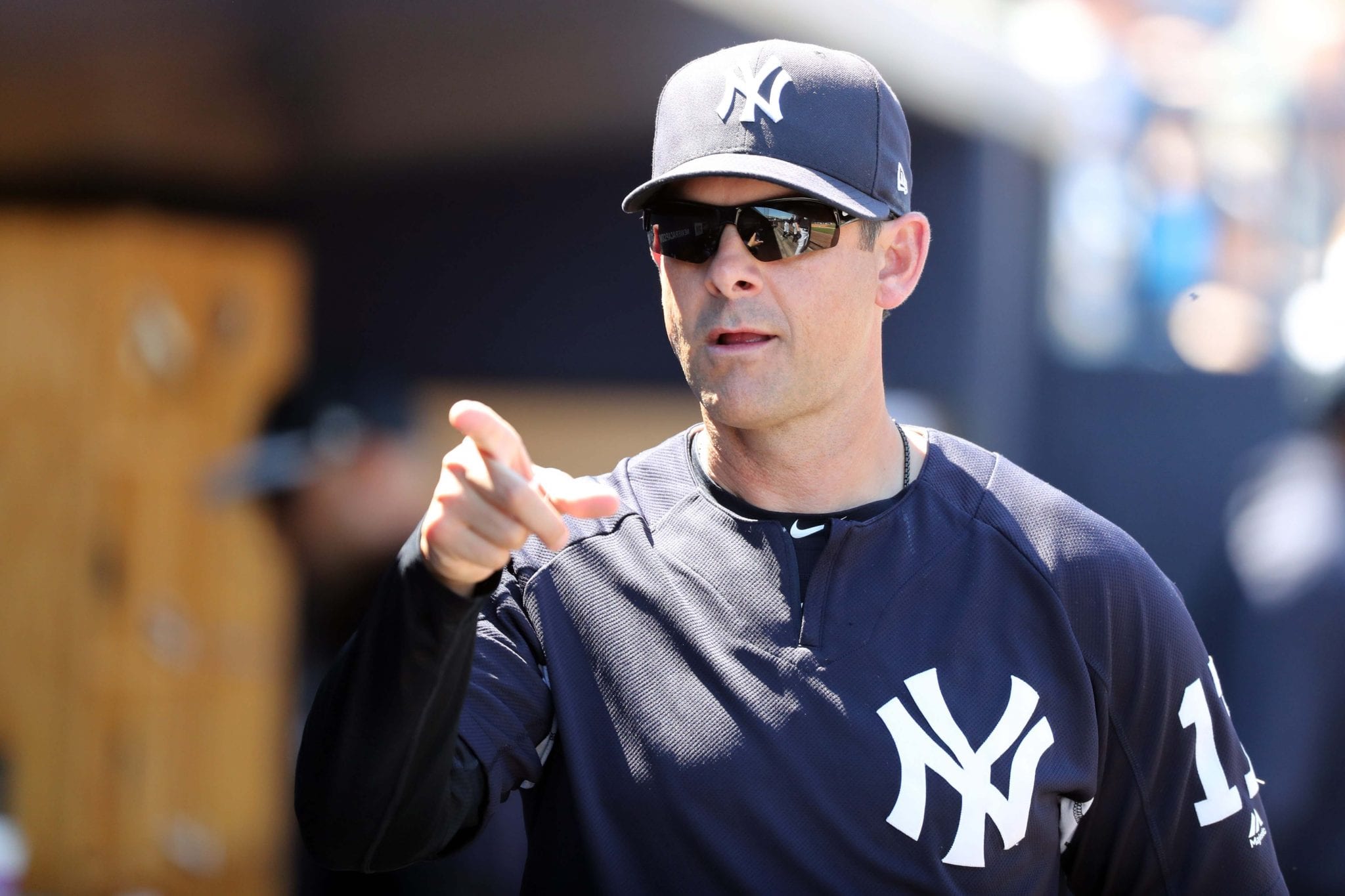 The New York Yankees had a rough Easter Sunday in Toronto. The day started out pretty good for the Yankees as they piled on runs against the Blue Jays in the top of the third. Sonny Gray had a nice start, but was not efficient enough today and forced Aaron Boone to go to the bullpen in the fifth inning.

The person who is mostly responsible for the disaster is manager Aaron Boone. His decision to intentionally walk Josh Donaldson and pitch to Justin Smoak was clearly one he will learn from.

The Yankees had a big third inning today where they plated all four of their runs with two outs. After back to back to strikeouts to Brett Gardner and Aaron Judge, Giancarlo Stanton worked a walk. Didi Gregorius then smacked a line drive double to center that scored Stanton.

Neil Walker then followed up Didi’s RBI double with an RBI single of his own.

The biggest blow of the inning was Brandon Drury’s two run homer he hit that gave the Yankees a 4-1 lead.

HOME RUN! Drury drives one over the wall in left to give the Yankees a 4-1 lead. #YANKSonYES pic.twitter.com/OdgTtfI5LG

Sonny Gray pitched in his first start of the 2018 season and looked good. He did not have a great day and threw many pitches. Gray faced a jam in the first with runners on first and third with no outs. Gray worked some magic with his nasty breaking ball to strike out the next three batters.

Gray faced some trouble in the second and was bailed out by Aaron Judge when he fired a laser to Austin Romine to nab Russell Martin at the plate.

Run on Aaron Judge … we dare you! pic.twitter.com/8qikMi8jKz

Devon Travis lined a single in the next at bat that scored Kevin Pillar. This was the only run that Sonny Gray allowed in four innings pitched. Chad Green relieved Gray in the fifth after he walked the first batter of the inning. Green was dominate in the two innings he pitched striking out four and only allowing one hit.

Tommy Kahnle relieved Green in the seventh and did not have a great outing today. He walked the first batter he faced, Josh Donaldson, and then served up a two run homer to Justin Smoak to cut the lead to 4-3.

David Robertson then came into the game in the seventh to retire the last out of the inning. Robertson came back out for the eighth and this is where things went downhill.

Martin singled to lead off the bottom of the eighth, Pillar lined out, Aledmys Diaz hit a double and Devin Travis grounded out to Robertson.

Then Josh Donaldson was due up and he was intentionally walked. Many questioned this decision; even YES analyst David Cone who said this decision was wrong.

Smoak stepped into the box and after an eight pitch battle with Robertson smoked (no pun intended) a grand slam into dead center on the ninth pitch of the at-bat. The Blue Jays took a 7-4 lead and Oh closed out the game for the Jays.

For the second day in a row Justin Smoak had a big game against the Yankees. He blasted two homers in today’s game and single-handedly beat the Yankees with his bat.