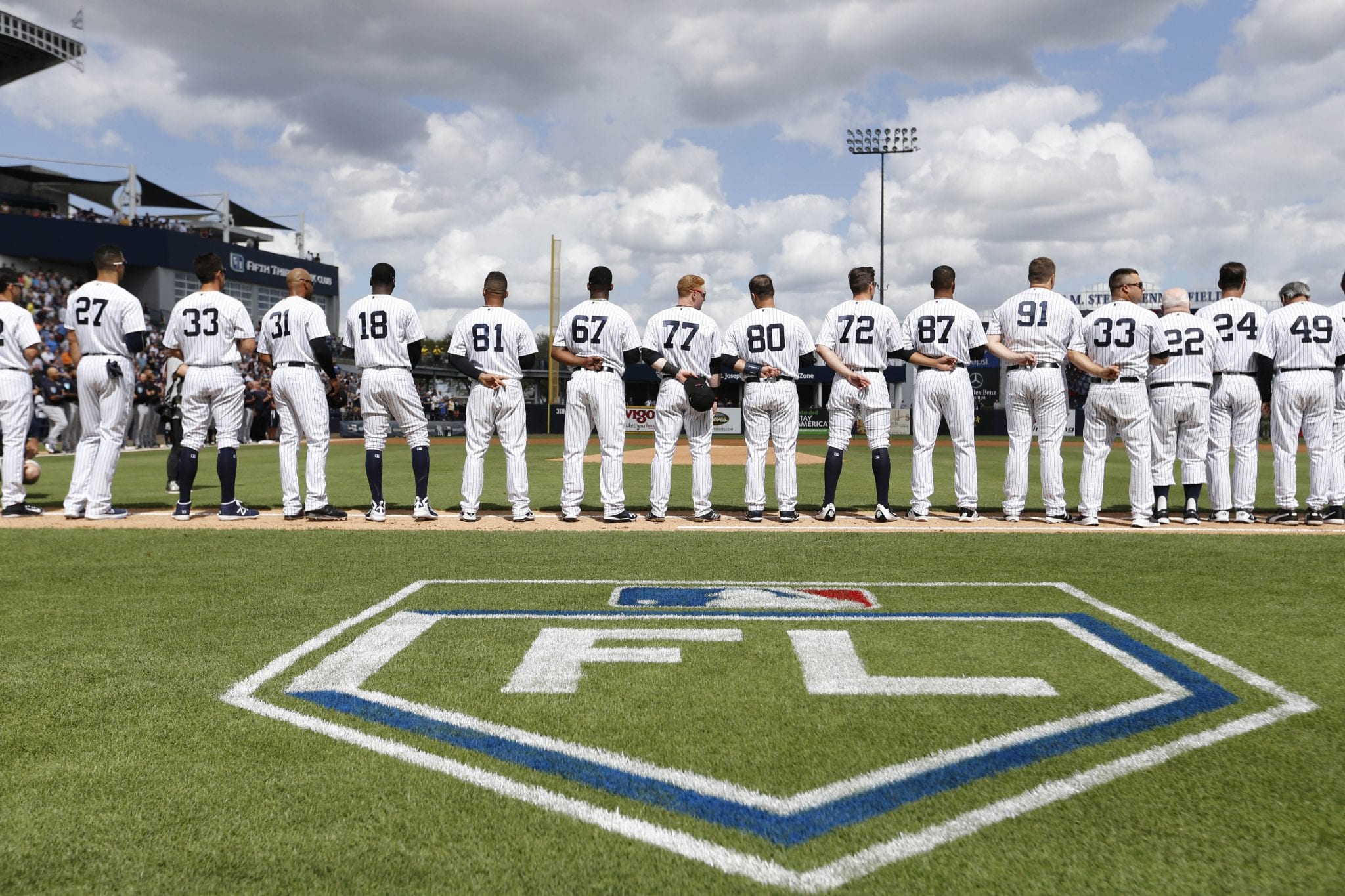 Who could be a Target of the New York Yankees at the July 31st Trade Deadline?

The Yankees current roster consists of:

This roster is a real championship caliber team, the only “knock” has been on the starting pitching. This rotation took the 2017 New York Yankees to within one game of the World Series. They ranked second in combined WAR (Wins Above Replacement) in the American League in 2017.

The idea throughout baseball is always: You can not ever have enough pitching. Therefore, this upcoming 2018 season may have the Yankees looking to improve in some way for the stretch run for  World Series. Any additions would probably be to the pitching staff.

These starters have one thing in common, they are all playing for teams who most likely will not be in contention for a playoff spot. Tampa Bay and Toronto may be in contention for the second Wild Card spot in the AL. While the other three ball clubs will more than like remain out of contention.

However, should all of these clubs be well on the outside looking at a playoff spot, these starters should be made available and rather easy for Brian Cashman (with the loaded Yankee farm system) to acquire.

I know that you must be thinking: Why would the team with the best bullpen in all of baseball have any need for more relievers ? Well the answer is simply, if the starting pitcher market seems too costly Brian Cashman is smart enough to alter course a bit and take what’s already the best bullpen and make it even better, stronger and deeper. These relievers should be less costly as all but two of them are free agents (Hand & Melancon).

Yes you read that correctly, position player. There is only one player that could be potentially be someone the Yankees would go after, and that’s Manny Machado. Manny is going to he a free agent and the longer Baltimore and their stubborn owner Peter Angelos decides to wait to begin their inevitable rebuild, the less it would cost the Yankees to acquire him.

Manny is a game changing talent both offensively and defensively and will be costly no matter when he is acquired. But again, the longer they O’s wait the better it will be for Cash and the Yankees.

Now, before I give my last prediction for a possible deadline target, I must qualify this selection with the following notation. If (and it’s a big if) the San Francisco Giants are as bad in 2018 as they were in 2017, they will most likely look to trade off assets in order to not go down the path the Philadelphia Phillies  ventured toward five plus years ago.

They should look to trade the valuable players in an effort to rebuild the franchise up again to it’s championship caliber ways. So, with that being said, the final player (and least likely of all) to be a potential July 31st trade deadline target is Madison Bumgarner.

Bumgarner is hurt after being hit by a comeback in Spring Training. Bumgarner was crucial to any potential success that Giants would have in 2018. So again, if the Giants find themselves in last place in the National League West, they may look to revamp and rebuild. The Yankees have the farm system to be able to acquire the Giants’ best player Madison Bumgarner.

As of now, this exercise was merely one of a conjectural and hypothetical nature, but as we are approximately less than 130 days from the non-waiver trade deadline, we will have the luxury to see just how the season plays out.

Whether one or multiple of these players gets acquired by the Yankees, or maybe someone not on this list at all, there is absolutely no doubt if the Yankees need reinforcements, Brian Cashman will oblige.