Could the New York Yankees make big changes at the catcher position this offseason? 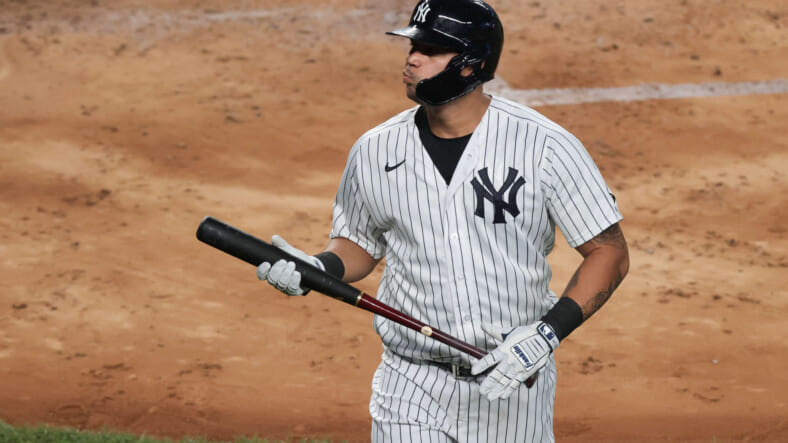 There is a very real sense hovering around the New York Yankees fan base that a big catching decision could be made this off-season.

While thereâ€™s plenty of life and potential left in Gary Sanchez, being benched for Kyle Higashioka, an unproven commodity up to this point, is a tough pill to swallow. Sanchez finished the regular season with a .147 batting average and .616 OPS. He was awful on defense and even worse on offense, forcing the Yankees to make a tough decision and cement Higashioka as their primary starter late in the year.

While I donâ€™t think Higashioka will remain the starter in 2021, he will likely be Gerrit Coleâ€™s personal catcher.

The Yankees elected to go with Kyle Higashioka for a majority of the postseason, considering his dominant defensive performances with Gerrit Cole on the mound (1.00 ERA, .147 BA), but manager Aaron Boone stated he would have felt confident either way.

â€œIt comes down to Kyle earning these opportunities. I feel he is providing enough offensively and doing a great job behind the plate,â€™â€™ Boone said of his Game 4 choice. â€œHonestly, I felt I could have gone with Gary as well and felt good about that. In the end, after contemplating and talking with some coaches a little bit, this is the way I felt I wanted to go.â€™â€™

When Sanchez is playing at the top of his game, heâ€™s one of the best catchers in the MLB â€” Â the issue is that his cold streaks last months. Consistency is a luxury at the position, and one bad campaign in an abbreviated 2020 season shouldnâ€™t dishearten Yankee management.

What will the New York Yankees likely do?

With that being said, I do believe that Sanchez will remain the primary starter with the Yankees moving forward, but if they did decide to make a major change at the position, they could find a suitor worth trading for and acquire prospects. That would open up the door to attack JT Realmuto in free agency.

If you are familiar with Realmuto, heâ€™s one of the best hitting catchers in the league. This season, he hit .266 with 11 homers and 32 RBIs, and heâ€™s never hit below .259, which is a stellar contribution compared to Sanchez.

Defensively, he had a 47% caught stealing rate in 2019 and a 25% in 2020. With a larger sample size, I believe his numbers would have remained in the high 30s. In terms of past balls, he allowed just one through 36 games this year.

He will command a ton of money on the open market, but the Yankees have been known to make big splashes in the past. This would demand that Sanchez be traded, and I donâ€™t think the probability is high that will happen. However, it would ultimately be a massive upgrade at catcher and cement the position for years to come.