3 Keys to Success for the 2018 New York Yankees 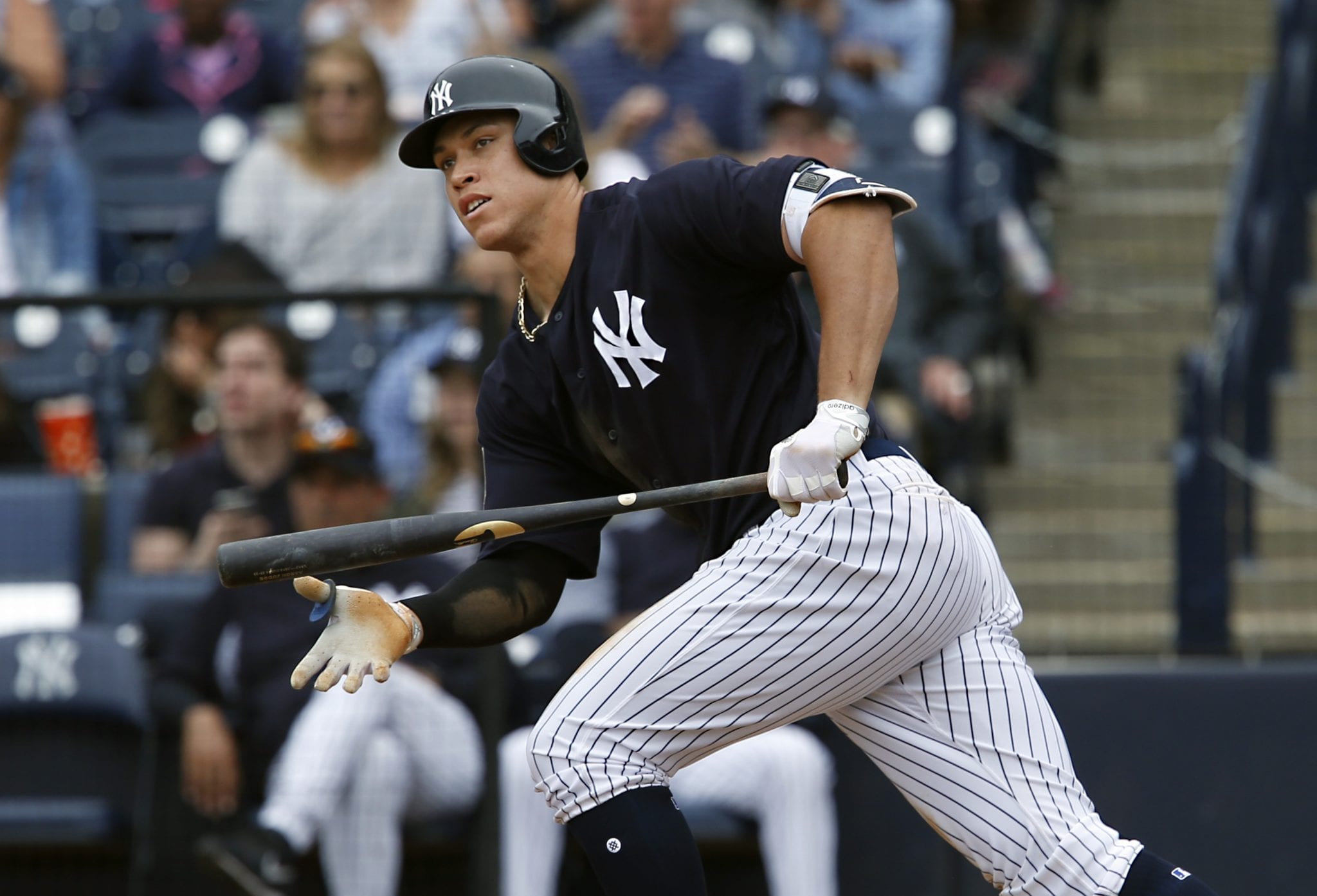 Prior to the start of the 2017 season the New York Yankees were a young team in unfamiliar territory; they were supposed to be rebuilding. A team on the verge of competition but not quite yet ready to contend. However, how wrong those “experts” were, the 2017 New York Yankees came within one game of reaching the World Series.

So we turn the page to the 2018 season for the New York Yankees to continue their success from 2017, and go even further in the upcoming 2018 season.

These are the top 3 keys to that success:

The key to any winning season in baseball does have an element of luck to it. There’s the old idiom that sometimes it’s better to be lucky than good. And for the Yankees first baseman Greg Bird, he has been extremely unlucky during his brief Major League tenure.  If Bird can stay consistently healthy in 2018, he will have an opportunity to have a huge impact on the Yankees chance at a World Series win.

Gary Sanchez has done a wonderful job during Spring Training of providing consistent defense, namely blocking balls in the dirt. Blocking balls was the one part of Sanchez’ game that plagued him last season.

Sanchez put in work this off-season to become more flexible to assist him with this defensive lapse from last season. So, if Gary can continue to put the effort toward his journey to improvement, we could see a drastically different catcher behind the plate, defensively.

.@ElGarySanchez would apologize to the baseball, but he would have to find it first. pic.twitter.com/smcdnzXiFG

All rise the honorable Aaron Judge is now presiding over his court!

Aaron had an incredible and historic rookie campaign. He dealt with the peaks that allowed him to dine with Zeus in Olympus and the pits that saw him battle with Hades in Hell.

This season, Aaron looked more determined than before. In the Spring of 2017 Judge came in battling for a job with the inscription of his .179 batting average as motivation. This spring, Judge remains motivated by the six weeks that costed him the opportunity to be not only the unanimous selection for Rookie of the Year, but also MVP, along with his personal desire to not be a one hit wonder.

If Judge can find that happy medium from his highs and lows of 2017, there’s only one thing to say, quoting the retiring Yankees commentator Kenny Singleton “LOOKOUT.”

In following up the 2017 campaign, the Yankees will no longer be sneaking up on teams as a underdog story. The rest of the world is now aware of what the entire Yankee Universe already knew, and that’s that the New York Yankees do everything better than the rest of baseball.

The Yankees “rebuild” lasted all of 6 months (maybe). When the Yankees began to “sell off” players during the trade deadline of 2016, everyone thought that this would be the time the Bombers reset and journey through what the Chicago Cubs or the Houston Astros endured, a full tear down and reset. But the Yankees magical wizard of a General Manager Brian Cashman had other plans.

Cashman stock piled top echelon talent very quickly taking a farm system ranked 21st by Baseball Prospectus back in 2015. Now with having graduated talent to the Major Leagues, the Yankees are still the number six farm system according to MLB Pipeline.

Cashman has also been able to provide the Yankees with real talent for not a real devastating cost. Cash recently acquired Brandon Drury in a deal eerily similar to the deal that brought us Didi Gregorius several years back. Cashman and his lieutenants have been able to bring the organization to a level of real sustainability without overpaying for talent.

Which brings us to the final key point of the Yankees ability to be successful in 2018.

As previously stated, Cashman and his team have been able to draft and trade for some very high level talent. Talent that will ultimately help the team in one way or another.

There are three camps in the Yankees Universe, there are your “George-ian Candidates” who say trade every prospect to bring in high priced established veterans who can provide consistent year in and year out numbers.

There are the “Prospect Huggers” that don’t want to spend on any free agents that may block the kids. And lastly there are the “Cashman-ites” (credit to Mike Calendrillo of YGY for this name) who believes that the “Cream of the Crop” (using my best Macho Man Randy Savage voice) top prospects will stick and some of the others will be used in trade.

Congrats to Brian Cashman on being named @BaseballAmerica Executive of the Year!

In Cash We Trust. 🙌 pic.twitter.com/TfICfg2aKW

No matter what camp you fall into there’s no denying that the following prospects will have an impact on the Yankees World Series aspirations in 2018 and beyond. (The players below will be ranked based on their MLB Pipeline rankings).

Another guy who is no longer a prospect but who’s development will determine his place on this team in 2018 and going forward is Clint Frazier. Frazier plays will a lot of fire and intensity, some of his behaviors/mannerisms rub people the wrong way, but I believe that if Frazier can stay hungry and humble he can be an incredible player in Pinstripes.

Can't wait to see @clintfrazier back on the field doing this
Clint Frazier's three-run smash https://t.co/nvPKwQQx7H