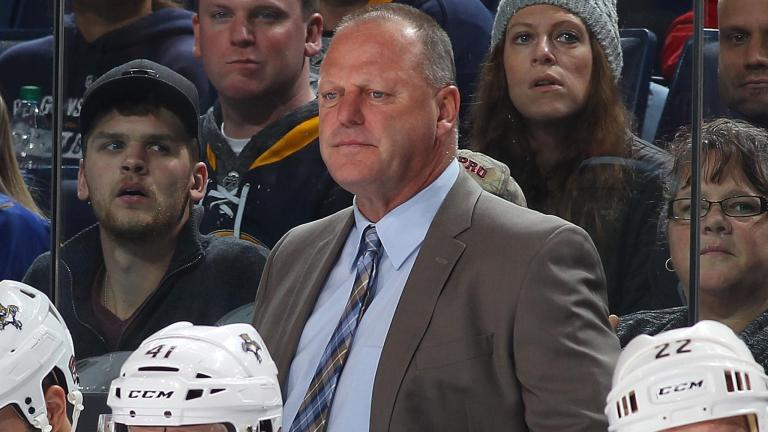 The New York Rangers have their man but must find the right pieces to add to the team if they want new head coach Gerard Gallant to be successful.

The Blueshirts checked the top box off of their list of what they need to improve when they hired Gerard Gallant.  Unfortunately for the club, there are a lot of boxes left to be checked off between now and when training camp begins.

First up is a coaching staff for the new head coach. The Rangers cleaned house after the conclusion of this season.

Staff needs to be replaced

Jacques Martin, Greg Brown, and David Oliver were all let go when the club decided that David Quinn was no longer the man to lead the Rangers. Rick Carpinello of The AThletic has indicated that the team’s video coach, Jerry Dineen was also relieved of his duties which leaves the iconic Benoit Allaire as the only one to service the Broadway breakup.

Former Rangers defenseman and current Buffalo Sabres assistant Dan Girardi has been rumored to be hired as an assistant with the Rangers.  Girardi played with Drury when the two were teammates between the 2008-2011 seasons.

Gallant is considered to be a coach that wants toughness in his lineup. After the Tom Wilson incident, the team will welcome this kind of upgrade.

General manager Chris Drury will have the task of trying to find a player who can both intimidate the opposition and at the same time can contribute to both ends of the ice. There are only so many players like Ryan Reaves, Brendan Gallagher, or Tom Wilson that become available.

Toughness has been a touchy topic with the organization justifying so. Too many times the team’s top players, Pavel Buchnevich and Artemi Panarin to name two, have been the ones to stand up for other teammates. The Rangers need to find someone else to fill the role which is something Gallant’s previous teams have been able to sustain.

The team also needs to prepare for the Seattle Expansion Draft which will be conducted by the National Hockey League on July 21, 2021.  Each NHL club, with the exception of the Vegas Golden Knights, will lose one player in order to fill the Kraken’s roster.

The Rangers can only protect seven forwards, three defensemen and one goalie, or eight skaters (forwards/defensemen) and one goalie. Drury and Gallant will have to address the backup goalie role with the poor performance Alexandar Georgiev had last season.

The team can delay that decision since they have Keith Kinkaid eligible to be the goaltender they decide not to protect which is a foregone conclusion.

Following the expansion draft, the team then can begin the process of who or what they would like to do with their first-round pick in the upcoming NHL Draft.  The Draft will be held on July 23 and 24th in Columbus, Ohio. The Rangers hold the 15th selection.

Free agency ends the crazy month of July. The team can improve the club with a strong free-agent signing. Players that will become unrestricted free agents this year include Alex Ovechkin, Taylor Hall, Gabriel Landeskog, and Mike Hoffman.

Trades are always an option to improve on a team and the Rangers have plenty of prospects and current roster players to make an impact.

This is normally the primary responsibility of the general manager, but the odds are pretty good that Gallant will at the very least be able to get some input on what kind of player he would like to have on the roster.

Plenty of boxes to check off, but the first box was the one that will get things rolling. Unlike the Vegas Golden Knights team that Gallant took the Stanley Cup Finals in its first NHL season, this Rangers team is young.

They were the youngest team in the league for most of last season.

Gallant will need to find the balance between youth and veteran with a splash of crazy if he wants to get this team back into the playoffs next season.

Report: Knicks in trade talks for Magic’s Terrence Ross; Lakers offered Kyle Kuzma
Former GM calls Gallo a ‘perfect fit’ for the Yankees, encourages Bombers to get a reliever
Yankees’ trade for Joey Gallo is even better than meets the eye, as luxury tax is saved
Knicks Draft Day News: 3 teams New York are in trade talks with
wpDiscuz