What I Liked About Last Night: Jason Vargas 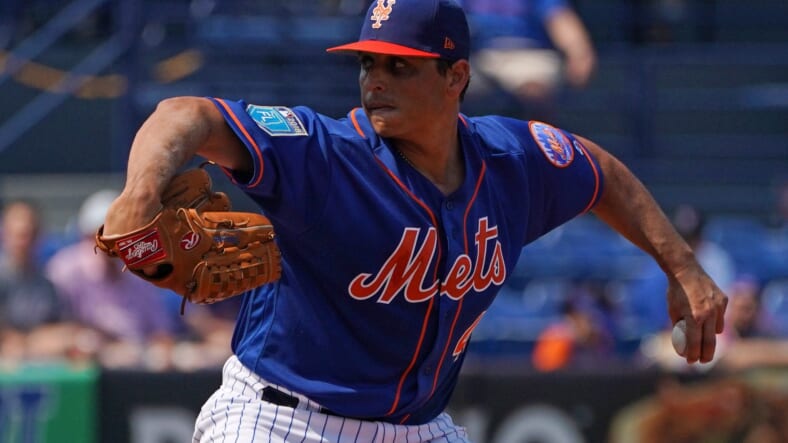 The New York Mets crafty veteran, Jason Vargas, gave a much needed scoreless start against the Miami Marlins. Vargas was in complete control of all three of his pitches and looked like he was starting to get back into a groove.

The start came against one of the worst offensive teams in baseball, but in his last three starts he could not keep anyone from scoring. Vargas desperately needed a good start and made the adjustments that a veteran in his position would make. With a career 4.26 ERA, the Mets had to feel it was only a matter of time before he broke out. He did a terrific job of keeping the Marlins off balance at the plate. Vargas showed the confidence in his changeup and curveball which had been lacking.

The start was important because the Mets needed to keep the momentum going after they swept the Arizona Diamondbacks. The Atlanta Braves lost to the Philadelphia Phillies which also means the Mets are 2.5 games out of first place. The Mets really needed a strong start to the series which could potentially lead to a six game winning streak. After they finish with the Marlins, they start an eight game road trip against the Braves and Milwaukee Brewers. Both are series where they need their starting pitching to be top notch.

Of course we can not put too much stock into one start against a lackluster team, but this is a huge step for Vargas. The Mets need consistency from the back end of their rotation. Steven Matz, Zack Wheeler and Jason Vargas do not need to be all-stars, they just need to be quality starters. All three are very much capable of doing that and more. This allows the Mets to keep Seth Lugo and Robert Gsellman in the bullpen which has added some much needed depth to their cast of relievers. The Mets are also still struggling to score runs, which is being covered by how well they have pitched over the last four games.

Once the Mets offense wakes up, they will regain the fear they earned during their 11-1 start. Zack Wheeler will try to build on this four game winning streak and will hopefully pitch in better conditions than in his last start. If he gets back on track, they will have a chance for a sweep with Jacob deGrom pitching the final game of the series.