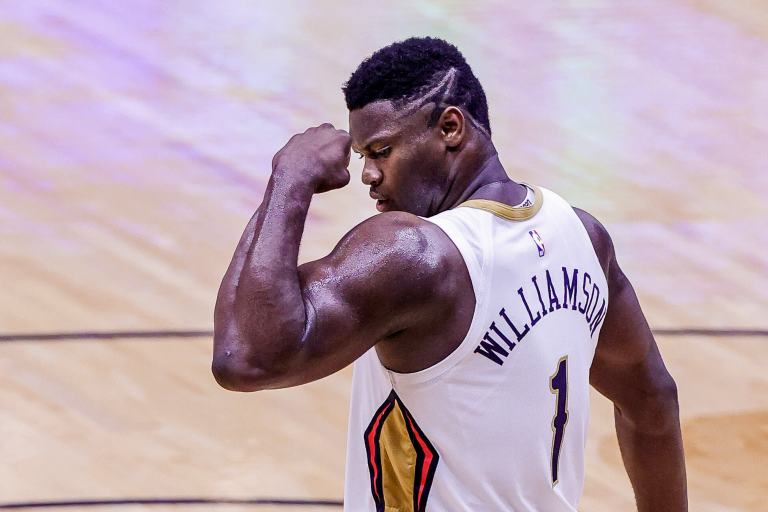 August is going to be an extremely exciting and entertaining month for the New York Knicks as they look to bolster their team with plenty of resources to capitalize on. With upwards of $60+ million available in funds, they can target the cream of the crop in free agency, but there’s also a chance they consider executing a trade for a bonafide star.

Of course, using their available money and retaining their draft capital would be the most efficient move, but there are some players who have entered the realm of ‘possible’ recently with rumors indicating their displeasure and the overturning of front offices.

The New York Knicks enter the realm of “possibility:”

Even before Williamson was drafted in 2019, he was heavily connected to New York. Unfortunately, he ended up in New Orleans with the Pelicans, where he has become one of the best players in basketball. However, according to The Athletic,” Zion Williamson and his family” are not entirely content with New Orleans’ management.

Even Williamson himself hopes that the Knicks would land him with the No. 1 overall pick, so there is undying interest between the two sides. Of course, the Pelicans would have to agree to part ways with a player going into his third season who averaged 27 points this past year on .611 shooting from the field. This is probably the most unlikely of the three scenarios presented, not that any of them have true grounds to stand on just yet.

The most likely player out of the three to land with the Knicks is Kemba Walker, who was traded on Friday to the Oklahoma City Thunder in a blockbuster deal. The Boston Celtics were looking to rid themselves of Kemba and his contract, as he is set to earn $36 million next season and has a player option for the 2022-23 campaign.

Kemba is one of the premier point guards in the NBA, but he has struggled to stay healthy the past two seasons, missing out on the All-Star game in 2021. When at the peak of his game, though, Walker is undoubtedly an elusive PG who can run an offense at an elite level.

The Knicks will have to part ways with their first-round selections to acquire him from Oklahoma, just to take on his massive contract coming off an injury-riddled season where he played just 43 games (traditionally a Knicks move). The only way this occurs, in my opinion, is if Kemba is willing to restructure his contract considerably. At 31 years old, the Knicks will likely consider sticking on the younger side and going after Lonzo Ball alternatively.

Another shot in the dark, the Dallas Mavericks turned over their entire front office this week, as they fired their general manager and watch their stoic head coach Rick Carlisle walk with two years left on his contract.

There is a slight possibility that Luka Doncic, one of the rising stars in the NBA, decides to force his way out of Dallas with the most recent transgressions going down.

In that case, the Knicks could look to unload the farm for Doncic, who would represent a shift in culture for New York. Doncic is currently eligible for a rookie Supermax extension, which constitutes five years and $201 million. It would be very difficult for him to turn that down and force his way out, but they are pictures of him in a Knicks jersey growing up, so there could be a clear-cut connection.

In case there was any confusion, Luka Doncic is coming to the Knicks ASAP. #luka2NY pic.twitter.com/bGg0NtADZI