Who Are The New York Giants Signing As Undrafted Free Agents? 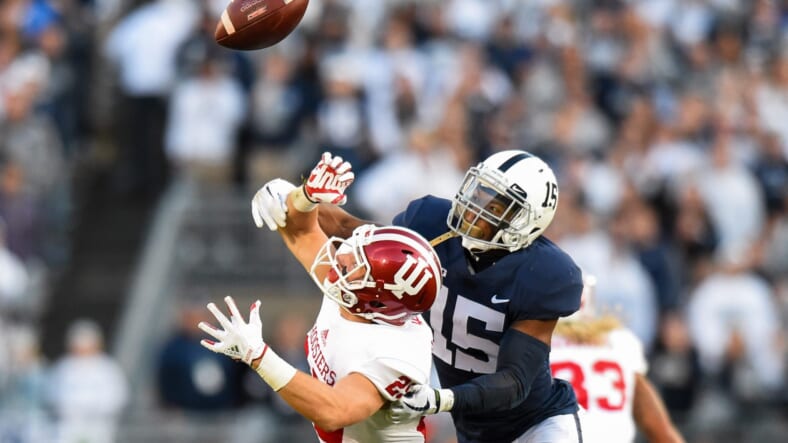 The draft might be over, but the New York Giants scouting department isn’t able to rest just yet. NFL teams are looking for sleeper additions that went undrafted after seven rounds, and the Giants are no exception. These deals aren’t official at the moment, but a number of undrafted free agents are expected to sign with the Giants.

Here’s an overview of the team’s early moves:

It looks like the Giants are trying to add some depth on their offensive line, bringing in both a tackle and a guard/center. Nick Gates was a starting left tackle in the tough Big Ten Conference while playing for Nebraska, and declared for the draft as a junior. He might have been selected in the draft if he had one more year of experience under his belt, and one former NFL scout believed that Gates could be the first Cornhusker drafted. It looks like the Giants might have found a steal with this signing.

Evan Brown is the other offensive line signing, and played four years at SMU. His starts came at both guard and center, and his versatility likely helped him with finding an NFL team. Another notable addition is cornerback Grant Haley. Giants fans who also support Penn State will be very familiar with Haley, as he was the player to score the winning touchdown following the field goal block against Ohio State in 2016.

Haley also started 13 games last season for PSU and can be used in multiple ways.Â  He’s a very good special teams player and is also very quick, although his size likely kept him from being drafted. The Giants need help at corner, and if Haley stays with the team, he’s a player that could probably find playing time as both a corner and a special teams player. He’ll have to compete with Aaron Davis, from Georgia, however. The taller cornerback has similar career stats and will join college teammate Lorenzo Carter.

Here’s the full list of players that the Giants have reportedly signed so far: