Scouts Have Overwhelmingly Great Things To Say To About Saquon Barkley 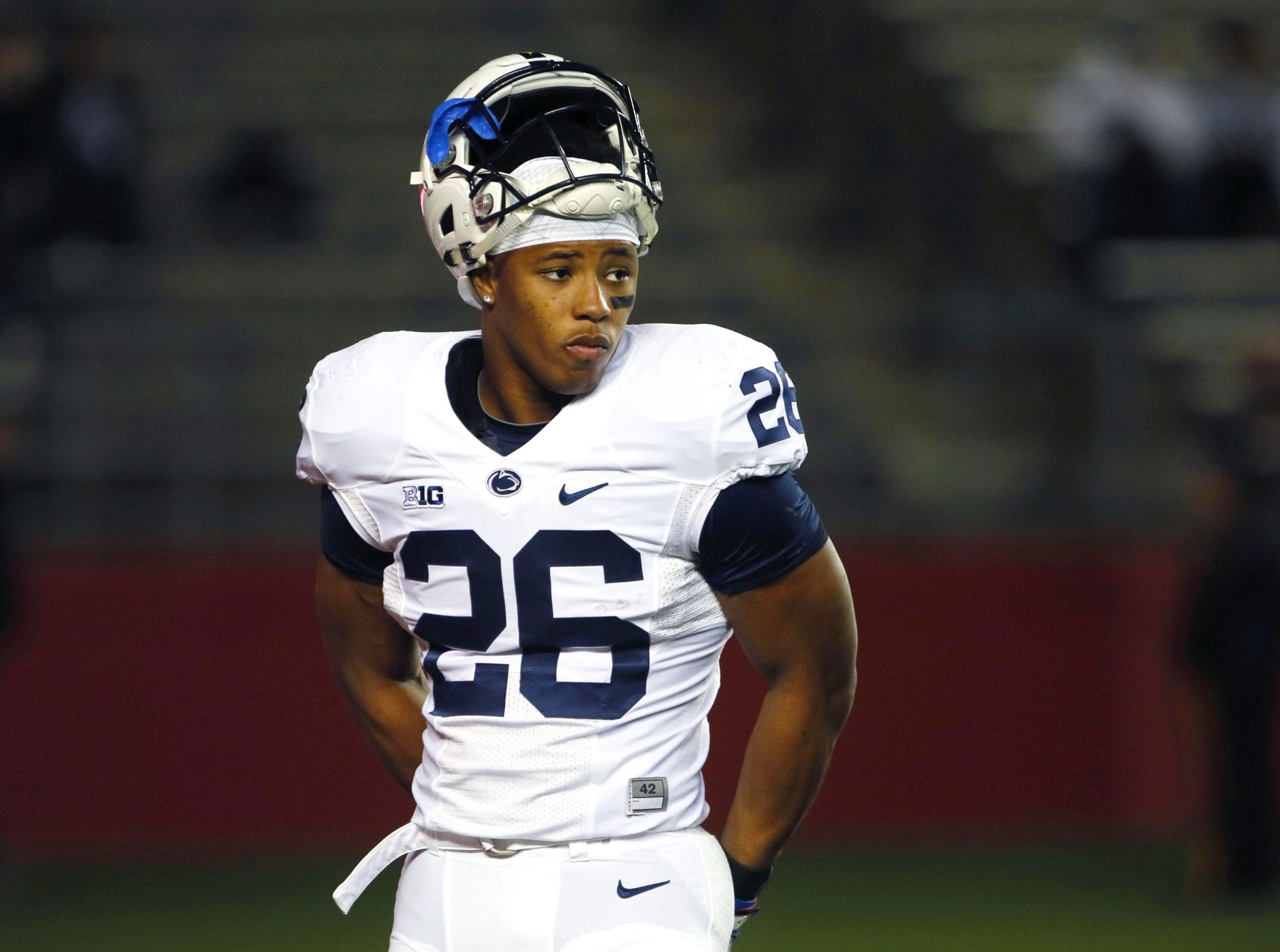 We all know Penn State running back Saquon Barkley has all of the tangible and intangible skills to become a force in the NFL. For the New York Giants, drafting Barkley would instantaneously improve the offense and provide the team with a young leader to carry a team into the 2018 season.

The comeback of Odell Beckham Jr., the development of Evan Engram and the potential final season for Eli Manning set this year up to be a big one, and Barkley would undoubtedly assist in their success.

NFL scouts seem to think something similar, as they continue to rave about his overall quality and prowess on and off the field.

“He’s legit.” “Better prospect than Zeke and Fournette.” “You’re talking about a 230-pound dude who runs sub-4.4 that has balance and run skills. It’s rare.”

At 234-pound, Barkley has the frame of a linebacker, the agility of a slimmer running back, he power of a fullback and the catching ability of a receiver. Additionally, he’s the farthest thing from a liability off the field, and his leadership only contributes to his overall stock.

“I agree with the executive I spoke to last week who said Barkley is a better player than Ezekiel Elliott. I’m not taking anything away from Elliott’s rare talents — he’s obviously a great player — but Barkley has more wiggle and top-end speed than Elliott. Elliott’s a powerful runner and he has great instincts. Barkley is at the same level in both of those facets of the game, but Barkley’s start-stop quickness and top speed are on a different level.”

Elliott has enjoyed one of the best offensive lines in the league for the length of his career thus far, and Barkley might be headed to a team with one of the worst. Despite the Giants adding left tackle Nate Solder and left guard Patrick Omameh, there’s still a lot of work to be done. While at Penn State, Barkley recorded negative runs on 17.5% of his running plays, which can be attributed to defenses stacking the box to stop the elusive rusher.

Barkley was essentially Penn States’ most lethal weapon, which forced opposing teams to game-plan for him. In accordance to that fact, the running back often averaged about 15 rushes per-game — far less than a normal NFL work-horse back. He also averaged about three receptions per game, which only attests to his superior abilities in all facets of the game.

One of the most appealing aspects of Barkley’s game is his ability to find the endzone. On average, he saw himself in the endzone nearly twice per game, making him a premier option on the goal-line, and a future fantasy football god.