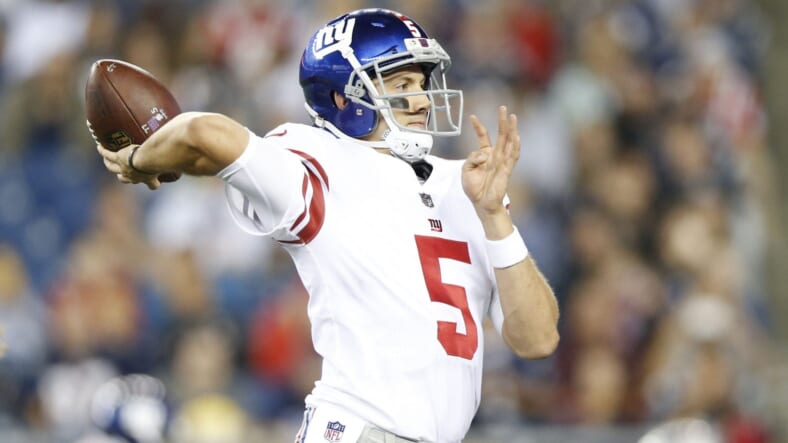 Being that Shurmur is a new head coach, the team is presented with an additional mini-camp where players can be introduced to the new systems. This additional camp also gives the new regime a first-hand look at second-year quarterback Davis Webb.

Webb has spent a majority of the offseason working with teammate Evan Engram and wide receiver Brandon Marshall. His work ethic and improvement are both obvious, and if you don’t believe Webb has improved since college, you are surely mistaken. A year under a Hall of Fame quarterback and instruction from professional coaches would help improve any player.

If you’re interested in seeing how much Webb has improved, check out my exclusive interview with his offseason trainer.

What the extra mini-camp gives the Giants:

The additional camp allows the Giants to break down Webb and make a final decision on if he’s the future of the franchise. Shurmur is known as the “quarterback whisperer,” and was able to find success with third-string quarterback Case Keenum.

Keenum signed a two-year, $36 million deal with the Denver Broncos a few weeks ago. If Shurmur can make Keenum an $18 million per-season quarterback, just imagine what he can do with a player like Webb. Shurmur plays to players’ strengths, which is why we should expect to see a lot of play-action with Eli Manning and creative routes with Odell Beckham Jr.

The Giants hold the No. 2 overall pick in the draft, and the decision on whether to take a quarterback or not will influence the team for years to come. Passing on a QB in favor of Webb will put a huge risk on the future of the team, but the rewards would be grand if Webb can fill the shoes of Manning and lead the team to greatness.

Case Keenum was an undrafted player in 2012. Shurmur managed to turn him into a star, and also helped Brandon Weeden see his most successful years in Cleveland. There’s no doubt he can make Webb great as well.