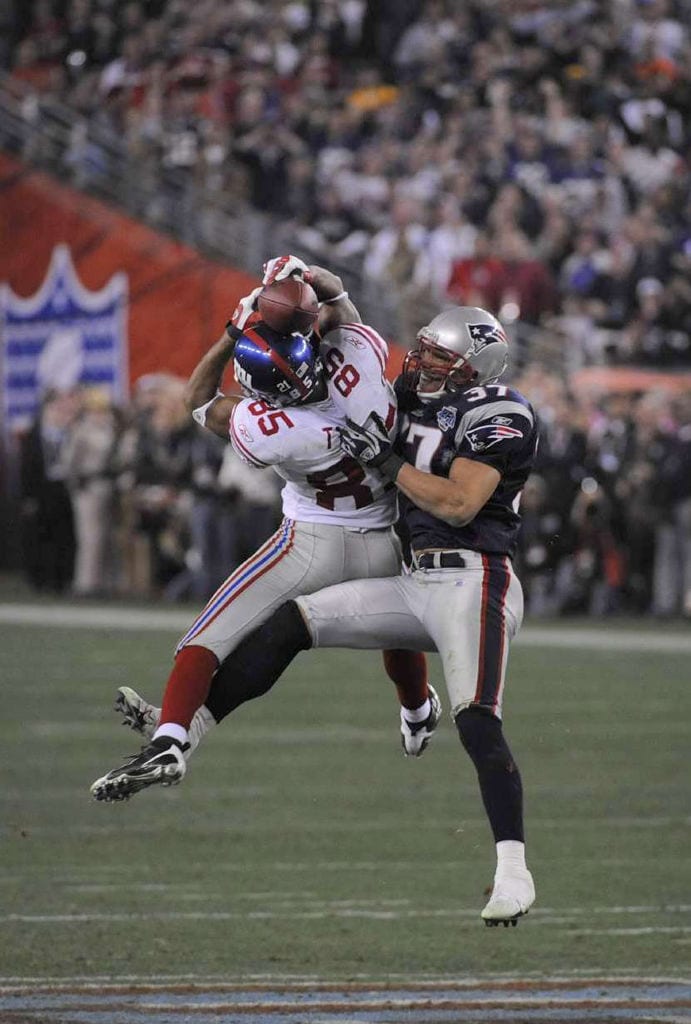 David Tyree’s name hits home for New York Giants fans because of this:

Tyree’s helmet catch in the Giants’ Super Bowl 42 matchup with the New England Patriots was the heart of a game-winning drive, capped off by a 13-yard touchdown pass from Eli Manning to Plaxico Burress with 0:35 remaining.

In an interview that will shown Tuesday night at 7 p.m. and rebroadcasted at 11:30 p.m. on the “MSG 150 at Home,” Tyree calls his mesmerizing catch the “monumental moment.”

â€œFor me, itâ€™s this moment that I call the monumental moment. Itâ€™s always something that I can go back to and celebrate with fans and teammates. And to be a part of history is pretty monumental. Itâ€™s amazing.â€

Tyree appreciates the “journey and evolution” of his former quarterback.

â€œI think what I appreciate is the journey and evolution of Eli Manning. When youâ€™re drafted #1 overall, the expectations are extremely high. When you think about the legacy attached to the name and the many shoes he had to walk into, especially coming into New York City. And what I appreciate is that it wasnâ€™t all roses when he first stepped into New York. But he just worked. He was consistent, he was full of integrity and he was full of character. He was the best teammate I think any of us ever played with throughout our years. He never spoke ill of his teammates. He was very true to himself and he improved and matured into a Hall of Fame quarterback.â€

The Giants selected Tyree in the sixth round of the 2003 NFL Draft out of Syracuse University. Across five seasons with the Giants he totaled 54 receptions, 650 yards and four touchdowns. In Super Bowl 42, he totaled three receptions, 43 yards and a touchdown.

Tate finished 2019 with 49 receptions, 676 yards and six touchdowns across 11 games. He was suspended the first four games of the regular season for violating the NFL policy on performance-enhancing substances. Tate is entering the second season of a four-year, $37.5 million contract with the Giants.