Do The New York Giants Have The Next Victor Cruz On The Roster? 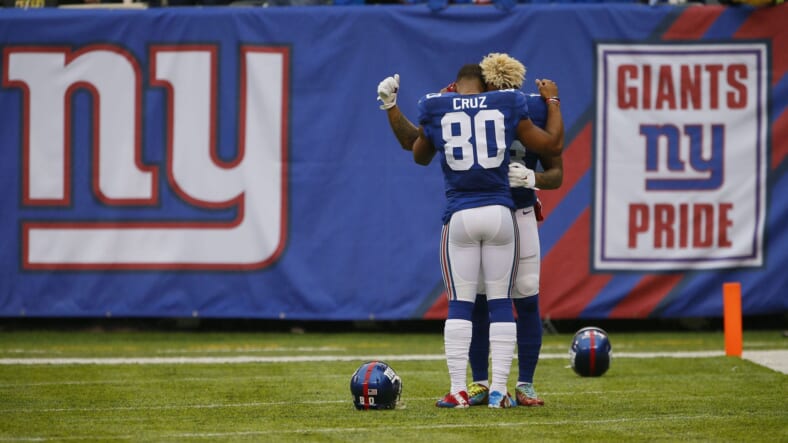 The New York Giants completed day-two of rookie mini-camp on Saturday, with several young players standing out from the crowd. One of those players was Bethune-Cookman wide receiver, Jawill Davis.

Davis completed his college career with 106 receptions, 1692 yards and 10 touchdowns. He has shown elite route running abilities during camp to complement his elite speed (4.38 40-yard dash). He’s smooth off the line of scrimmage and seems to find himself with ample separation.

Just as Victor Cruz entered the NFL undrafted, Davis is also making a splash early on. Wearing No. 80 certainly sets the standard for the rookie going into camp, but a one-handed grab will ensure that the coaches keep a sharp eye on him.

A lot of attention has been thrown Davis’s way (pun intended) during camp, as he caught several passes from backup quarterback, Thomas Sirk.

If the young receiver can continue his streak of success, he will certainly earn an extended stay with the Giants. Being that Odell Beckham Jr. (5-foot-11), Sterling Shepard (5-foot-10), and Roger Lewis (6-foot-0) are all on the shorter side when it comes to receivers — Davis being 6-foot-0 doesn’t give him a leg up on the others.

Davis will have to fight tooth and nail just to earn a roster spot, and more likely than not, he will have to become a strong special teams player to guarantee him a role on the team. This would allow him to continue developing as a receiver for when a spot finally opens up for the taking.