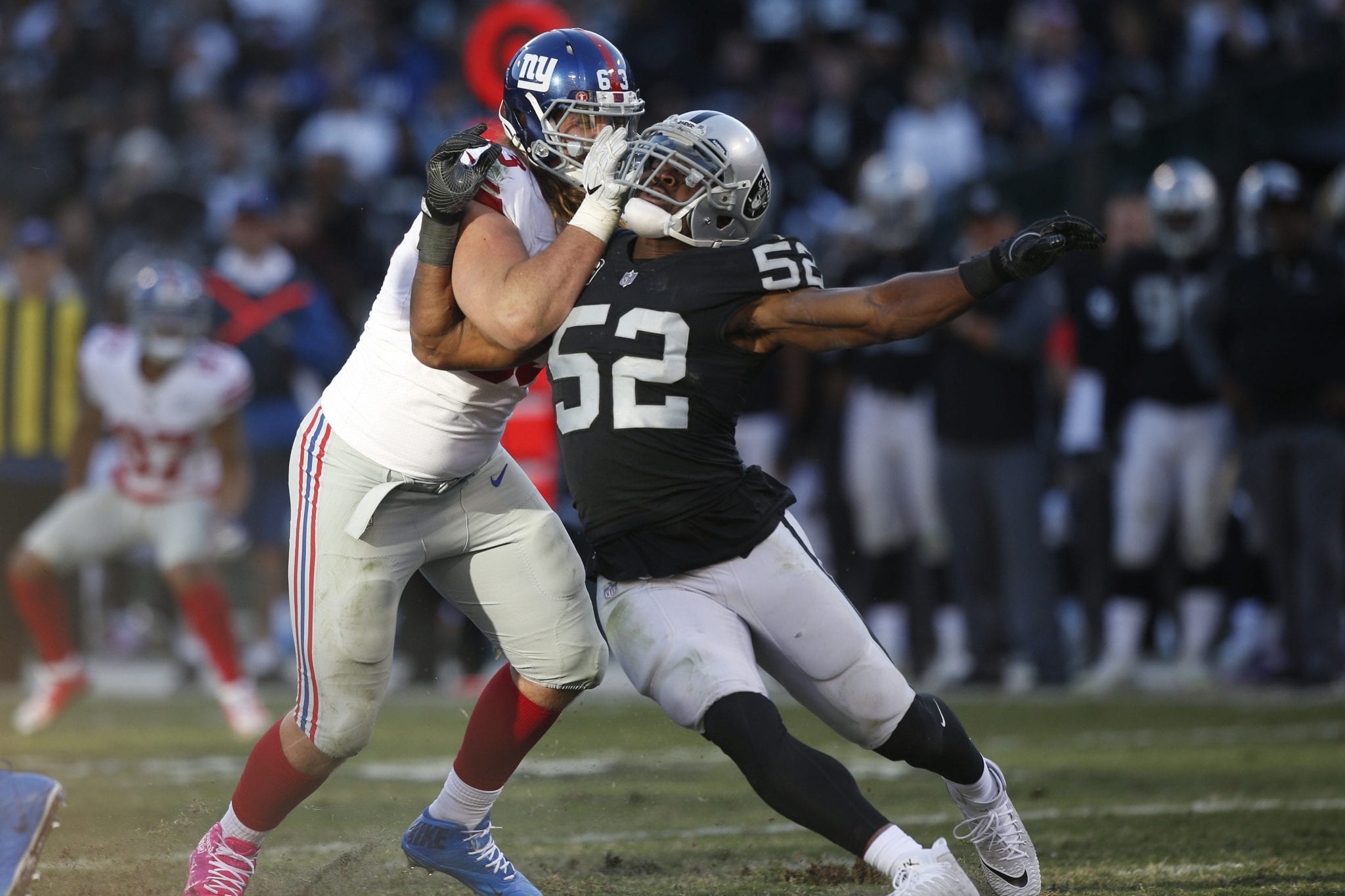 The New York Giants have upgraded and fortified their offensive line over the course of the offseason.

Adding left tackle Nate Solder and guard Patrick Omameh began the overhaul, and the moving of Ereck Flowers to the right tackle position surely shakes things up even further. Solder, who was considered one of the top lineman options in FA, was signed by the Giants for $62 million over four-years. That’s $15.5 million per-season for the big tackle. Omameh was a optimistic pickup, as he struggled significantly on the Jaguars’ line last season, showing inability in run blocking and mediocrity in pass protection.


The NFL draft presents various intriguing options, ranging from guard Quenton Nelson to Will Hernandez. Both are projected first-round picks with the latter possibly dropping to the second.

But, the Giants have a dark horse on the roster and he will be battling feverishly with Flowers for the starting right tackle job.

Former undrafted USC lineman Chad Wheeler will have his chance to overtake the floundering Flowers in 2018.

The Giants’ former LT was the only player absent from team OTA’s, which casts a dark cloud over an already murky sky.

Wheeler presents a solid build for the RT position, standing at 6-foot-7, 306 pounds. His power is his primary strength (pun intended), but his undrafted status shouldn’t fool you. Wheeler was involved in an altercation with the police which saw them fire bean bag rounds at him after attacking an officer. The big offensive lineman was not arrested, but it dampened his draft stock.

Several years later Wheeler is a New York Giant, and he will be fighting for a starting role in the 2018 campaign.

This…is not ideal by Chad Wheeler. Beautiful hand usage by Kerrigan on swatting the hands and ripping quick as hell pic.twitter.com/adeWm231vI

Clearly, Wheeler has a bit of work to do on the offseason, as in this clip he is completely overwhelmed by Washington edge rusher, Ryan Kerrigan.

Here’s a quality breakdown by Brian Baldinger of Wheeler having success in a combo block alongside D.J. Fluker.

.@Giants #DJFluker and #ChadWheeler with perfect execution of a combo block. Doesn't look like ANYONE is quitting up front #BaldyBreakdowns pic.twitter.com/GujLb4qQfn

The potential is there for the young lineman, despite his mishaps in one-on-one situations. He has trained all offseason, increasing his weight to 320 pounds from 306 stated above. That’s a 14 pound difference, adding additional strength and grit to his game.

Wheeler only started in five games last season, but with Flowers seeming to fall off the face of the Earth, he will have his opportunity in many more.