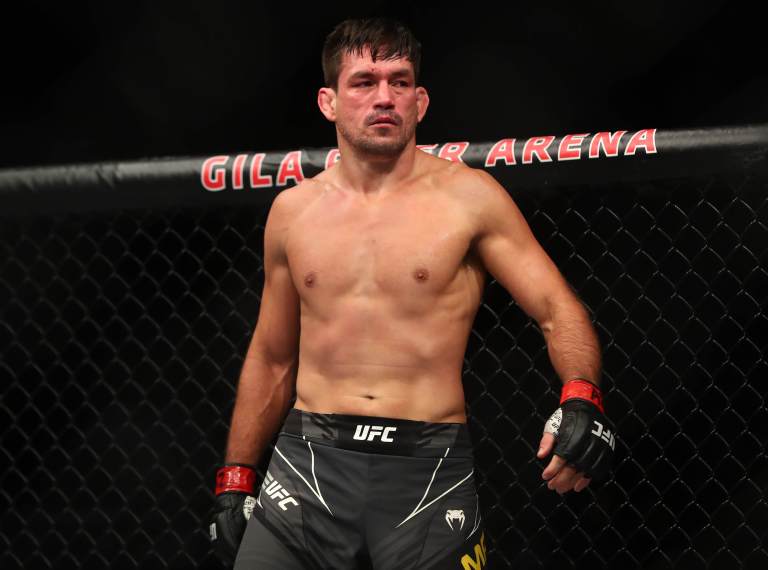 This past Saturday at UFC 263, Demian Maia (28-11) took on Belal Muhammad (19-3, 1 NC) on the main card. It was the final fight for Maia on his current contract and he was looking to call it a career with a victory.

In the first round, Maia looked decent. He was able to land some left hands and he was even able to secure a takedown. However, he wasn’t able to do much once the fight got there. Two of the three judges gave the first round to Maia at UFC 263.

However, starting in the second round, Maia couldn’t really do much the rest of the fight. His takedown attempts got sloppier and sloppier as he got tired. Muhammad was able to keep the fight standing where he was getting the better of the striking.

Maia would land some shots here and there, but ultimately, Muhammad was landing more. All three judges gave the final two rounds to Belal Muhammad and he was able to pick up the victory over Demian Maia at UFC 263.

As mentioned, this was the final fight on Maia’s contract. Dana White said after the event that this was likely Maia’s last fight. That said, Maia took to Instagram to say that he wants one more UFC fight and he wants to stand across from another legend who competed at UFC 263.

Would the UFC entertain Diaz – Maia?

Maia posted on Instagram after UFC 263, “Nate Diaz , I saw your quote on the press conference, and think you’re great too. You’re a great fighter who also represents Jiu Jitsu and you’re real, I respect that. Regardless of last night, I know I still have one fight left in me, and it’s no secret that I feel like UFC is my home, where I want to finish my career.”

Maia continued, “I have no idea if they will give me another fight, but if they do, I would be honored to do my last MMA bout with you, someone who always come to fight, who represents BJJ and whom I respect.”

Maia’s callout of Diaz after UFC 263 is completely based on respect as you can tell from the quotes. It would be a great way to send Maia off considering his tenure with the promotion and his status as one of the company men for the UFC over the last fourteen years.

That said, I can’t see anyway that this fight happens. There’s an outside chance that the promotion agrees to give Maia one more fight, however, I don’t see it being Diaz. I think the promotion has bigger plans for Diaz, but who knows, crazy things happen all the time in this sport.