Rutgers Enters The Season With Options At Quarterback – Giovanni Rescigno? 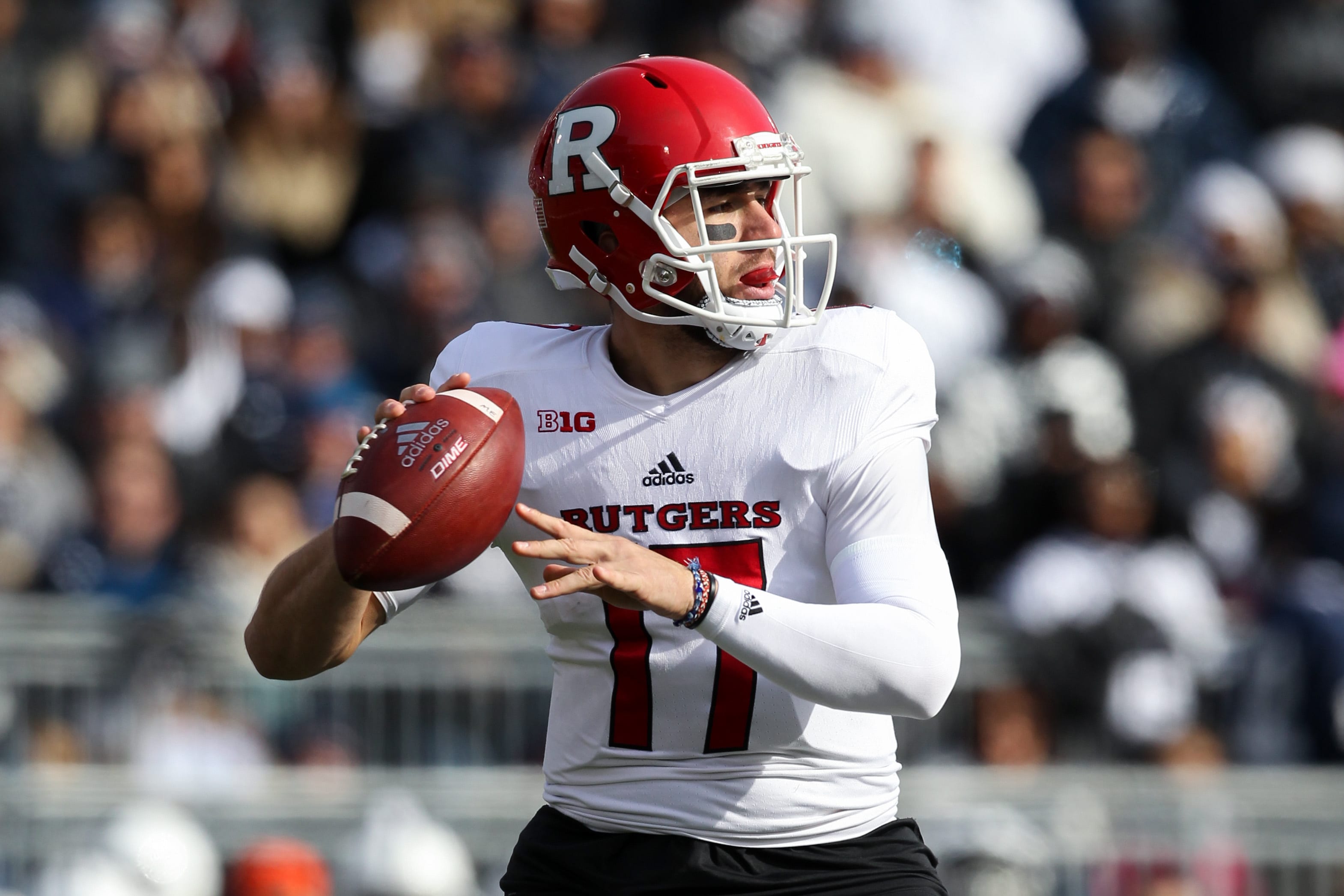 It’s going to be a tough year for Rutgers football. It’s not anyone in specific’s fault, but Rutgers is still in a long rebuilding phase, and after going 3-6 in the conference, they have some ways to go in that process. Head coach Chris Ash managed to double the team’s wins last year by reaching a total of four, but even if it’s an improvement, four wins is four wins.

And the quarterback position reflects the overall status of the team. Rutgers didn’t have an ace QB last year. The player that put up the most yards at the position was Kyle Bolin, who only managed 711 yards and 3 touchdowns. Bolin is no longer on the team after graduating, and the most experienced player returning for 2018 is Giovanni Rescigno, the QB that replaced Bolin last season following a bad start.

How did Giovanni Rescigno perform in 2018?

Rescigno didn’t have the most impressive numbers and threw for 517 yards with two touchdowns. His best game of the season was at Maryland, where he finished with 107 yards, two overall touchdowns, and a 47% completion percentage on 17 attempts. One of those touchdowns was through the air, and the other one came on the ground as Rescigno kept the ball on an option run and made a mad dash around the edge.

With a full season to work with, Rescigno would certainly put up better numbers. Additionally, the returning QB has the entire offseason to work on getting better, something that Rescigno acknowledged earlier this year. “I have a good amount of film to watch of myself and just how I need to progress whether it’s fundamentally or where my eyes are on certain plays. All that stuff you can always get better at. That’s what film is for.”

But Rescigno isn’t the only quarterback that Rutgers can use this season. Jonathan Lewis was only given 38 passing attempts but had the same amount of touchdowns through the air as Rescigno, with two. On the ground, Lewis showed flashes of potential. He rushed for four touchdowns against Morgan State, and against Indiana, he rushed six times with an average of six yards per rush.

Against Michigan State, Lewis threw for the only touchdown that the Scarlet Knights recorded in the 40-7 loss. The 42 yard TD was a good play, but possibly overshadowed by the two interceptions that Lewis threw in that game. The first of those interceptions was quite the ugly one, with Lewis throwing off of his back foot and into an area that was covered by three Michigan State players.

Despite getting the touchdown, Lewis didn’t look that good against MSU. And that’s understandable, given the Spartans’ defense. However, it shows some of the things that he needs to work on. Decision making with the ball and accuracy are two of them, with the former being especially important.

There’s another player in the competition, though, and that’s one that wasn’t here last season. Despite his freshman status, Artur Sitkowski is in the running to start after having a good spring, and media outlets that follow the Scarlet Knigths have picked Sitkowski to be the number one QB come the season opener.

His three touchdown passes in the Rutgers spring game helped to confirm that even though he’s a freshman, Sitkowski’s talent is for real. He’s not the typical recruit that you expect Rutgers to pull in, either. Sitkowski flipped from Miami during his recruitment, and the fact that he was ever committed to Miami means that a more talented and successful program had enough interest in him to give him the offer.

So who will be the starter? It’s hard to tell until there’s more practices and more information about the performances of the quarterback group reaches the press. But from the looks of things, Sitkowski is either going to be the starter or will be waiting in the wings as an option to receive playing time if the more experienced Rescigno slips up when the season gets here.

You can’t quite pencil in Sitkowski as the immediate starter right now. He just doesn’t have the experience, but that doesn’t mean he won’t end up on the field by one way or another.