Big Ten: The Biggest Winners And Losers From Week Five 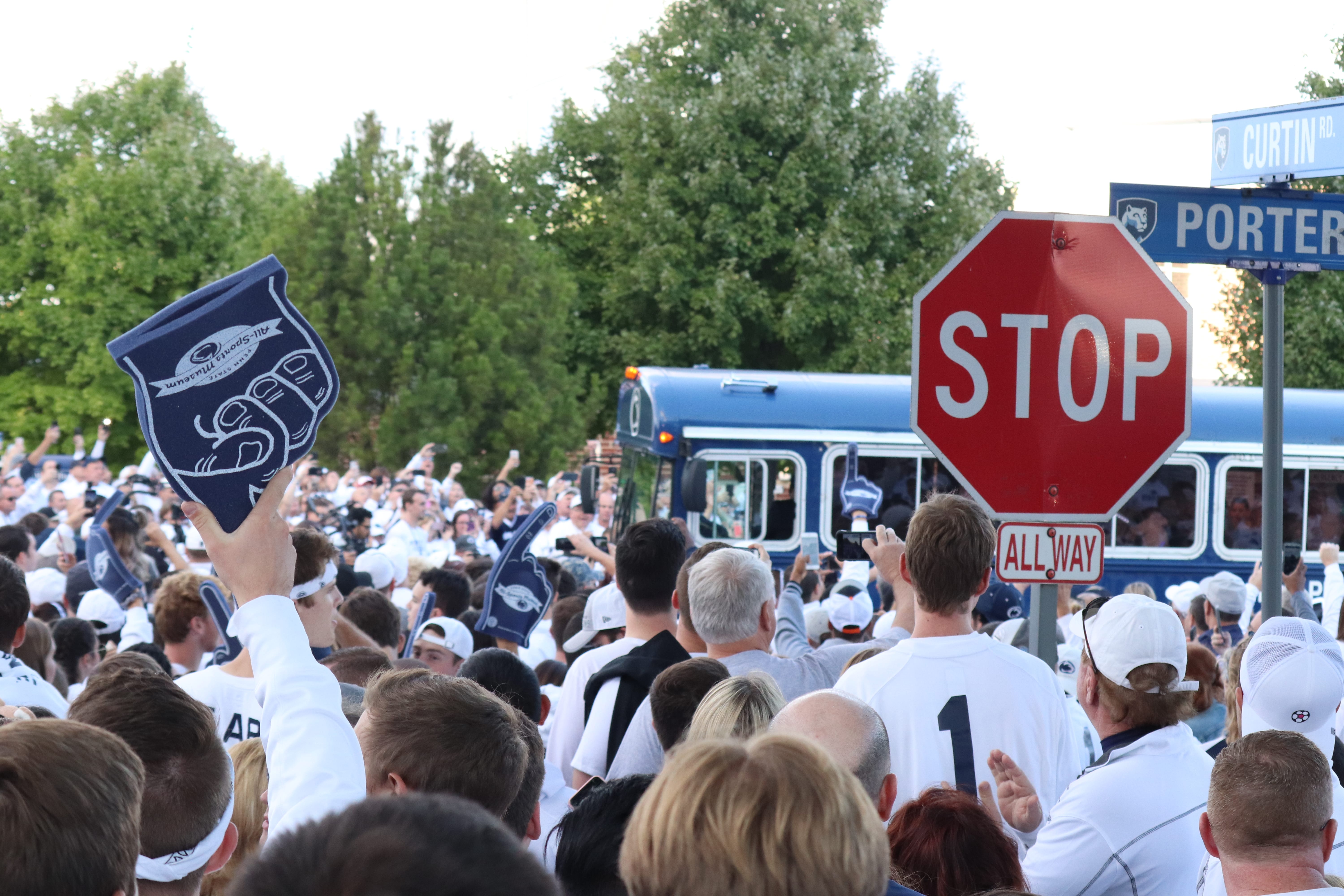 The fifth weekend of college football is over, with less upsets this week but still some interesting results. The Big Ten especially had an exciting weekend, with the result of the Ohio State versus Penn State game causing a shakeup in the polls as Ohio State moved into the top three, and Penn State fell out of the top ten entirely and most likely out of the race for the Big Ten East.

There’s a very real chance that Ohio State finishes the regular season undefeated. The toughest opponents on their schedule at this point are Michigan and Michigan State, but it looks like they can run everyone else over easily. Upsets happen, but one shouldn’t just assume that a top three team will be upset because it’s technically in the realm of possibility.

No, it looks like the Buckeyes will either take a loss against one of the Michigan teams, or play for the Big Ten title with an undefeated record. They’re listed here as winners because they just got past the hardest game on their schedule, even if it took some bizarre missed tackles and a similarly ridiculous playcall near the end of the game to let them take the lead. Still, despite the Penn State team collapsing, the Buckeyes earned the win.

Now, they just have to get through the rest of the season with an even bigger target on their back. Can they do it? It would have sounded unlikely at the start of the season, but with the way Dwayne Haskins Jr. is playing in his first season as a starter, it’s not so bold of a prediction anymore.

This once great program can’t catch a break. Nebraska has started the season with no wins and four losses, the latest one coming at the hands of Purdue. Some predicted that the 0-3 start would make the Huskers come out with something to prove, leading them to a division win against an opponent that has shown up with mixed performances and close losses this season. This game, though, wasn’t as close as the other ones featuring Purdue this season.

The Nebraska defense still isn’t much better. They allowed 42 points, giving Purdue their best offensive performance of the entire season. It’s not the way that Scott Frost wanted things to start off in his first year as Nebraska’s head coach, and it certainly won’t help the Cornhuskers in recruiting. It doesn’t matter that this is a rebuilding year and that the team wasn’t expected to win.

While they weren’t expected to be good, an 0-4 start is worse than anyone but the most pessimistic of fans imagined. It’s going to severely hurt the confidence in head coach Scott Frost, and while he’s still supported by the fans for now, none of the hype that existed before the season is still there. The hype is what went away first. How long will it be before the locker room is lost, or the rest of the confidence held by the fans?

The answers to those questions depend on when Nebraska picks up win number one.

Penn State called an interesting play on their last possession of the game against Ohio State, which ended with a turnover own downs. To call the play interesting, however, is really sugarcoating it. Let’s tell it like it is. It was a bizarre call, and it helped the Buckeyes win the game. In the end, it came down to one play to continue the drive with a chance to win the game by kicking a field goal.

And instead of going for literally any other option, the staff called a play to send Miles Sanders right up the middle, where he would be stopped far short of the first down marker. The same Miles Sanders that had less than 50 yards for the entire game.

“We knew they were going to make their linebackers jump when we moved Miles, and they weren’t going to be set in position, and it was going to give us a chance to get a hole up the middle and crease them,” said Trace McSorley, in an attempt to explain the thought process behind the play. “We weren’t able to pick up a twist, and a guy got in the backfield and made a play.”

Look on any fan forum of choice, and you can find plenty of confusion about this playcall not just from Penn State fans, but from fans around the country. That’s why this is the second thing in the loser’s section. It’s fitting because in this case, it might have lost Penn State the game.