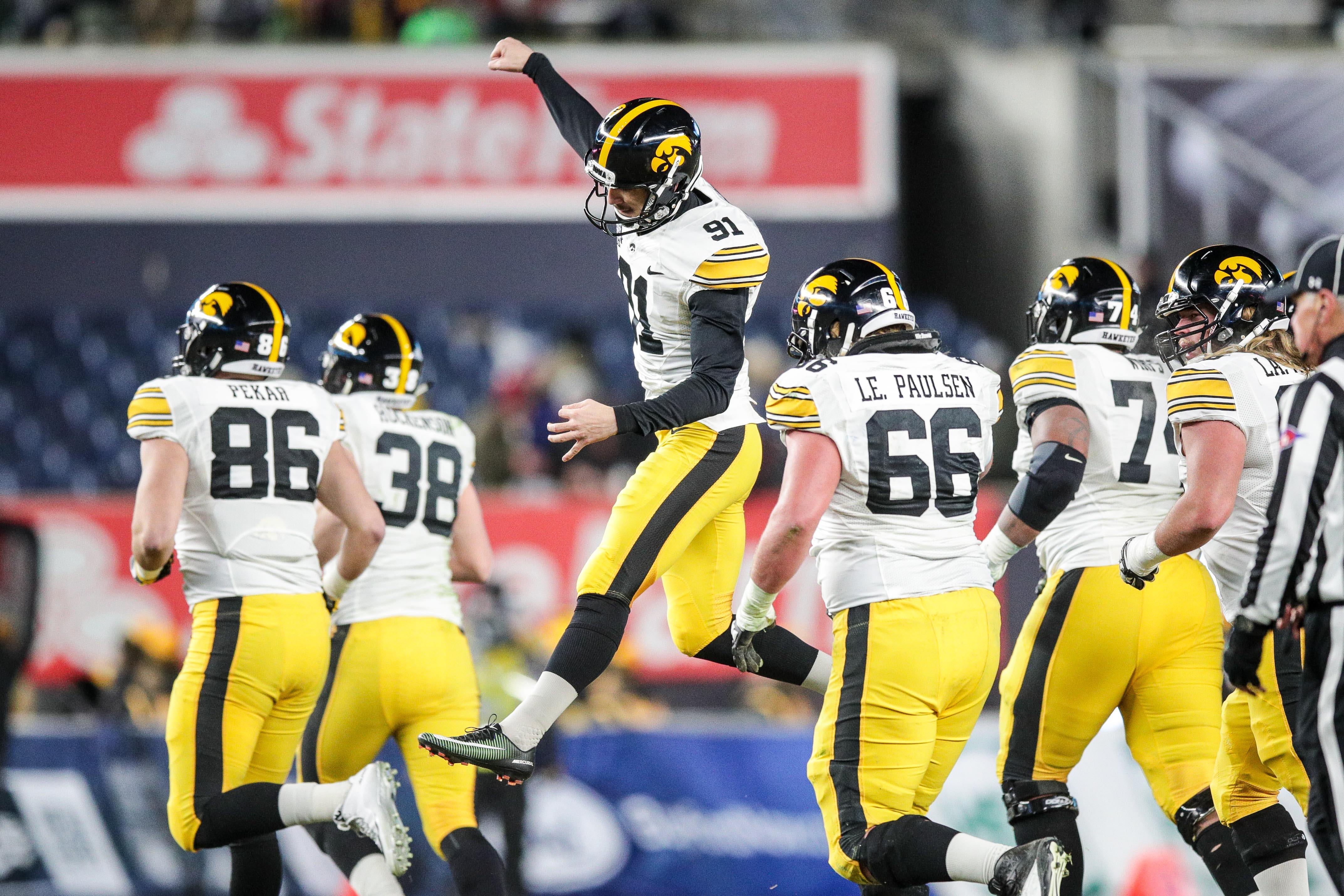 We’re less than ten weeks away from the return of college football, and it’s time to look into one of the game’s most exciting subjects: upsets. An early upset can be a turning point for the winner and can derail a season for the loser, but it’s hard to predict exactly when they’ll happen.

However, it’s possible to look at offseason roster changes and results from last year and make a decent guess. Based on that, here’s a game that might just be the first Big Ten upset of the season. This isn’t a prediction saying that it will definitely happen, but that’s the point of a bold prediction.

This is a case for why the unlikely outcome might play out early in the season for one of the Big Ten’s better teams.

The month of September will begin with a slew of college football games, including one where the Northern Illinois Huskies travel to Kinnick Stadium. Iowa fans might be sleeping on Northern Illinois, which is a small school with a “directional” name, but the Huskies are worth taking a second look at.

NIU finished 8-5 last year, but they did lose their quarterback early on. It took them awhile to figure out their quarterback situation and that cost them games, but the QB position isn’t the focal point of their team. If anything, it’s the defense that’s carrying the quarterback.

The Huskies had the MAC’s top defense in 2017 and defensive end Sutton Smith, who is returning, was the MAC Defensive Player of the Year. His 14 sacks was a conference topping number, and while the defense loses key players, the offensive line retains a number of players including their star tackles, Max Sharping and Jordan Steckler. Both players made All-Conference teams, with Sharping on the first team and Steckler on the third team.

Marcus Childers stabilized the QB position once the job landed at his feet, throwing for 1,674 yards as a freshman. Even if NIU isn’t the type of team that wins behind their quarterback, Childers should allow them to not lose games because of the position. As he was a freshman last year, we also haven’t seen him at his full potential, nor have we seen what he can do without being thrust into the starting job midway into the season.

Iowa also has a quarterback with only one year of starting experience under his belt. It will be interesting to see how Nate Stanley matches up with the NIU defense, and how Iowa’s defense replaces cornerback Josh Jackson and linebacker Josey Jewell.  Just like NIU, Iowa is replacing defensive talents and lost a lot at the linebacker position with graduations.

So can NIU get the upset win? This is a bold prediction for a reason. Iowa will be favored by a safe margin, and the odds are against the Huskies. But NIU may have the best defense in the MAC again, and should have on of the better offensive lines in the conference. That offensive line will face a weakened Iowa linebacker corps and a defense that, as a whole, is trying to make up for losing some very skilled players.

It’s quite possible that if anyone beats the Hawkeyes during their non-conference slate, it will be NIU.  They have a solid chance to contend for the MAC this year, and they’re not good enough to warrant extra attention from Iowa but they also aren’t bad enough to write off. Those types of teams can be the most dangerous when it comes to upsets, and if the Hawkeyes overlook NIU and look ahead to their rivalry game with Iowa State, they can expect to have a bad time.