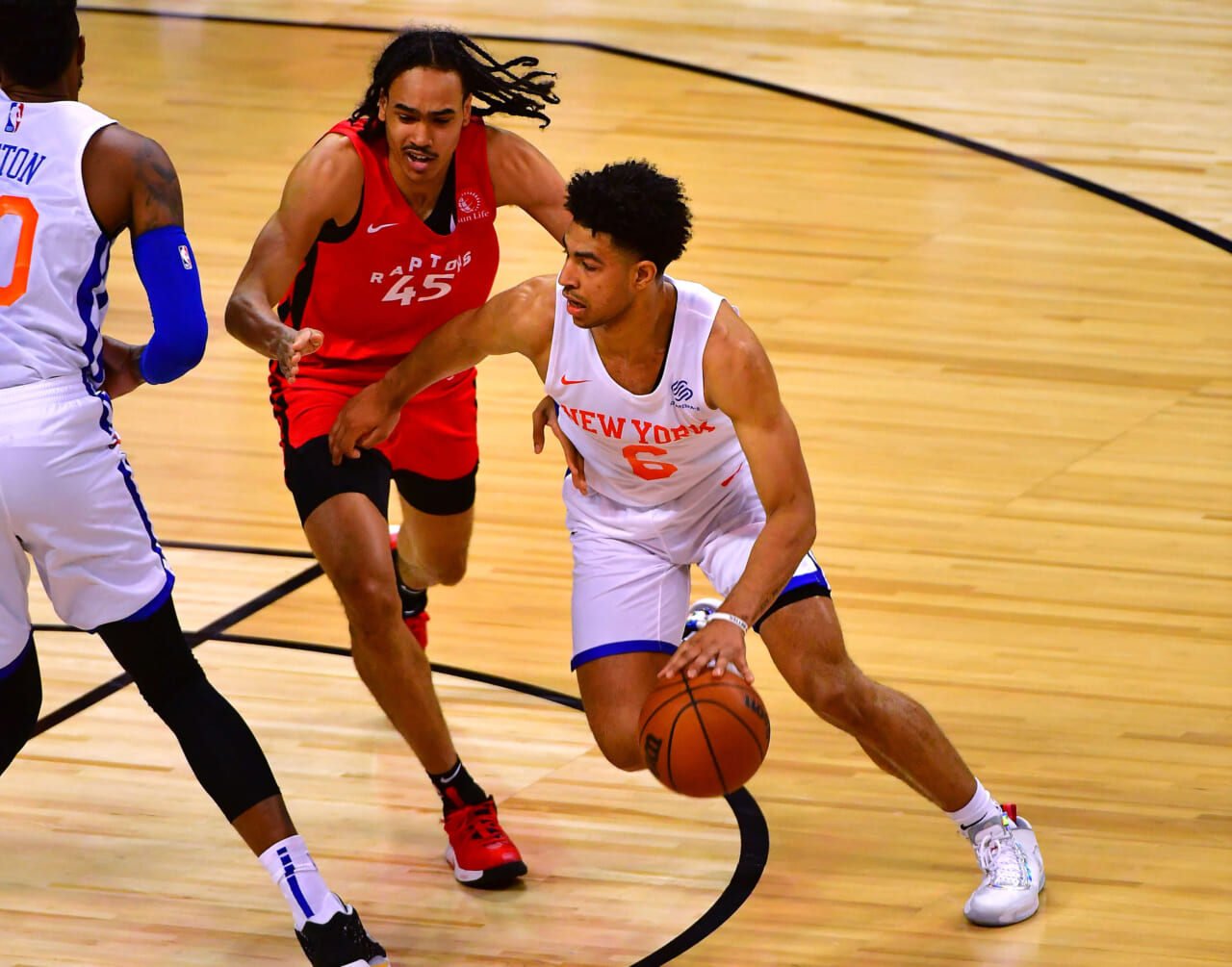 The New York Knicks emerged victorious against the Atlanta Hawks in the final preseason game of the Summer League. The Knicks experienced ebbs and flows as they built chemistry and continuity with one another. Going out in style was exactly what the front office wanted to see from their youngsters, especially with the obvious development of Obi Toppin and Immanuel Quickley.

However, it was the team’s rookies that stood out in the victory over Atlanta, combining for 51 points and hitting 11 Â 3-PT shots.

The team walked away victorious by a score of 104-85, pummeling Atlanta and showcasing some of their youth talents. After a 28 point performance against the Detroit Pistons, 25th overall pick Quentin Grimes posted 26 points, six rebounds, three assist, and shot 58.8% from the field. He also connected on 50% of his shots from range, displaying his ability to curate shots for himself but also open up the floor for others.

Over six games, Grimes average 32.8 minutes, including 15.3 points, 6.3 rebounds, 3.0 assists, and picked up 0.5 steals per game. With his clear-cut progression as the Summer League chugged along, Grimes’s impact will end up being essential for a team that will ultimately create rotations to help mitigate fatigue for the regular starters over the course of an entire season. Over the final three Summer League games, Grimes combine for 66 points. He showcased solid defense, three-point shooting, shot creation, and even portrayed vision as a facilitator.

However, fellow rookie Miles McBride also had a stand-out performance, scoring 19 points and picking up four assists in the win. He shot 70% from the field and hit five three-pointers, good for a 62.5% three-point percentage.

McBride averaged 27.7 minutes per game, posting 15.2 points, 3.5 rebounds, and 3.5 assists. He also tallied 1.3 steals per game, a solid number that showed his defensive prowess and quick hands. McBride exceeded expectations valiantly, and if he continues to play like this during the regular season, Tom Thibodeau could begin favoring him in specific situations.

It is clear the West Virginia product has plenty of potential as not only a defensive weapon but also a three-point shooter. Increasing his comfort and vision on the court will only make him a more well-rounded point guard. McBride could be the future at the position for the Knicks, despite Immanuel Quickley looking the part, averaging 20.2 points over 33.5 minutes per game. Quickley also posted a fantastic 7.8 assists per contest, showcasing his efficiency as a facilitator.

One low-key rookie who made a name for himself is Jericho Sims, who average 28 minutes per game. He logged 8.2 points, 8.2 rebounds, and 1.0 blocks per game. His athleticism above the rim and physicality down low could earn him a roster spot.

Overall, the Knicks saw tremendous value from their rookies, displaying potential nobody expected. The Knicks’ coaching staff is already showing how valuable they can be helping players evolve in such a short period of time. 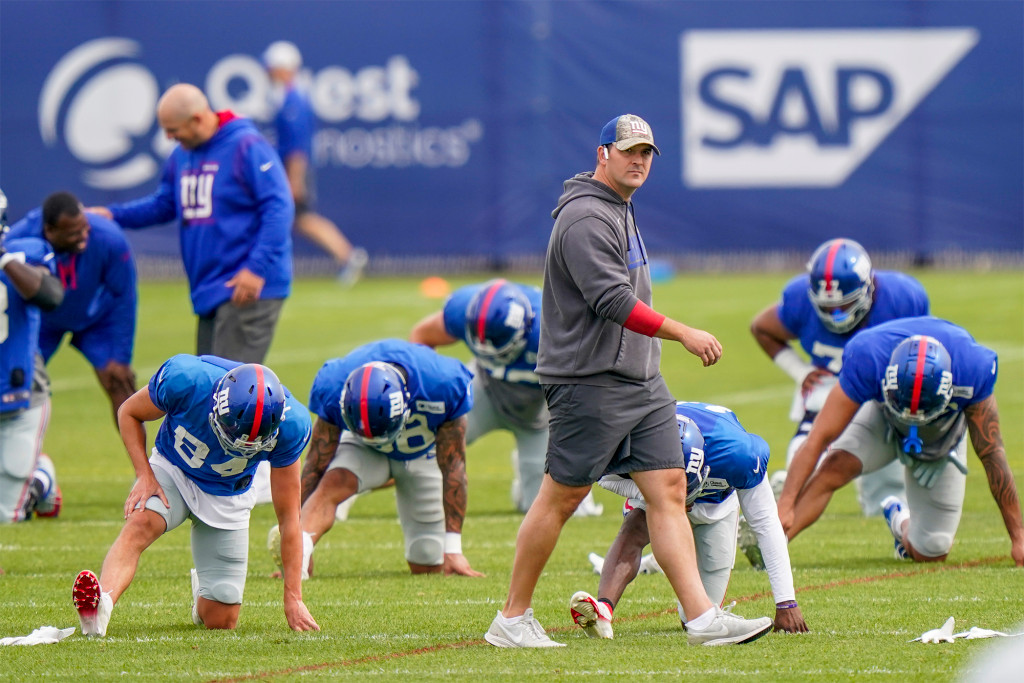 The New York Giants had their fair share of ups and downs during the first preseason game to the New York Jets. Scoring just seven points doesnâ€™t exactly indicate an efficient offense with good pass protection. However, the defense held the Jets to just 12 points, despite the majority of the starters sitting and allowing the Giantsâ€™ depth pieces to compete for roster spots.

However, getting some of the rookies on the field for their first professional action was a priority. Georgia pass rusher and 50th overall pick Azeez Ojulari enjoyed his first NFL action, posting just one tackle, but did overcome Mekhi Becton at left tackle in the run game.

Keep in mind Becton is a 6â€™7â€, 363-pound mountain, while Ojulari is 6â€™2â€, 249 pounds. Using his athleticism and technique, the former SEC sack leader managed to beat Becton and secure the edge.

Azeez Ojulari fighting off Mekhi Becton and sealing the edge, making a stop in the rump game ðŸ’ªðŸ’ª

Love to see it! pic.twitter.com/MN91insEue

Despite a small sample size, Azeez showed some prowess sealing the edge against the run. Of course, a larger sample size will provide more film to work off of, but the Giants were just happy to get him on the field and in the action.

â€œIt was great. Finally got the opportunity to go out and compete against a different team. It was just great. It was a learning curve for me just continuing to go out there and get better. It was phenomenal,â€ he said.

Big Blue is gearing up to take on the Cleveland Browns on August 22 at 7 PM. The Browns are coming off a 23-13 preseason win against the Jacksonville Jaguars. We might expect to see the starters feature for the Browns to open the game, but it will quickly transition to a depth matchup. Interestingly, former Giants reserve quarterback Kyle Lauletta recorded 212 yards and two scores last week for Cleveland, while the Giants’ reserve QBs both underperformed. In fact, Clayton Thorson has already been waived.