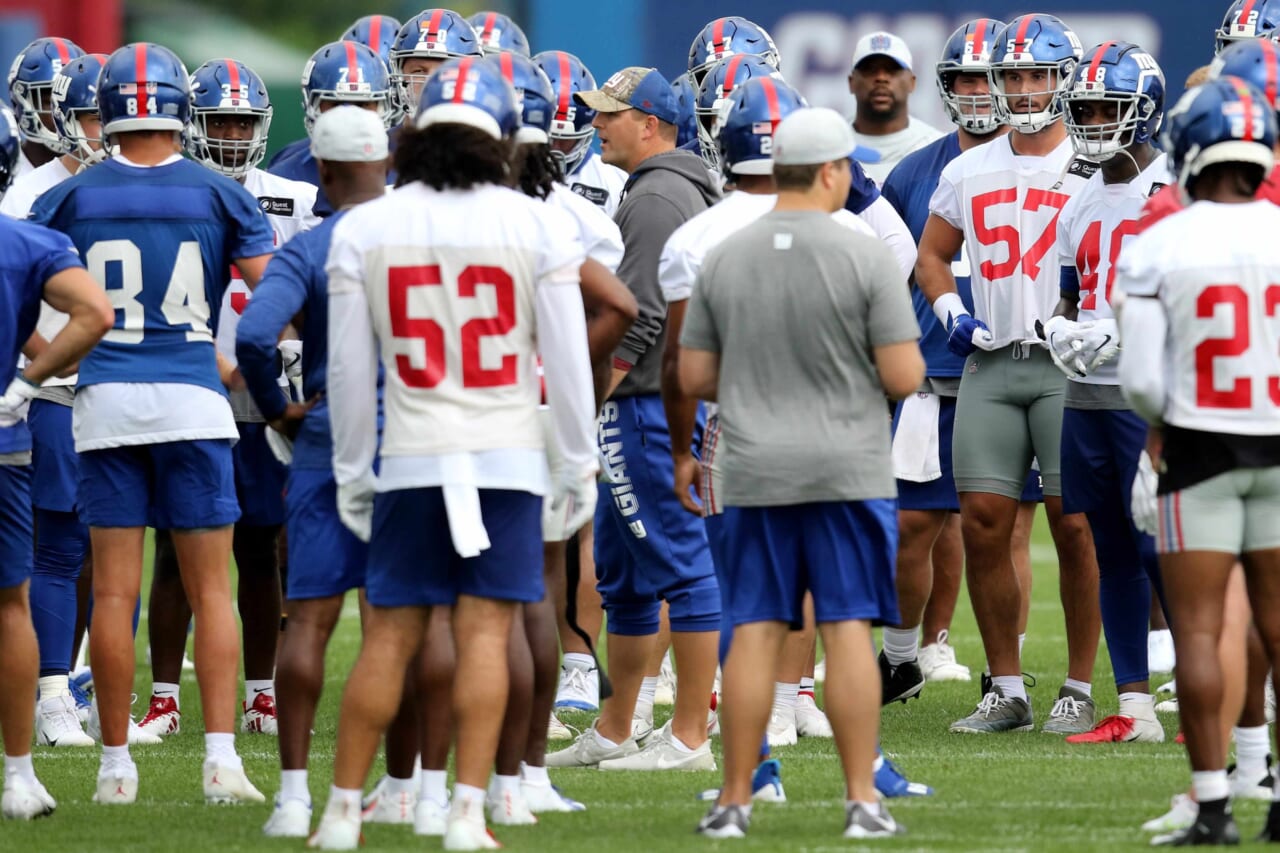 The intensity was high during the New York Giants’ first padded practice on Tuesday morning. With competitive juices flowing and the team looking to have a strong day, things boiled over during the latter portion of practice when running back Corey Clement was hit late by safety Xavier McKinney after breaking off a long run.

McKinney reportedly popped Clement and was met fiercely by tight end Evan Engram, who was then shoved by Logan Ryan, one of the team’s leaders. A full-team brawl ensued as quarterback Daniel Jones found himself at the bottom of the pile being dragged out by Center Nick Gates.

Despite head coach Joe Judge cursing out the entire team and going on a rampage, a training camp brawl is nothing to be concerned about. With professional athletes vying for starting time and roster spots, the energy can sometimes blow a cap.

“I think the biggest thing the first day in pads weâ€™ve got to stress with our team is obviously the intensityâ€™s up, the urgencyâ€™s up, but weâ€™ve got to make sure we play at the prescribed tempo,” Judge said prior to practice, according to Patricia Traina of Giants Country.

The Giants want every second to count on the practice field, so wasting time with a brawl isnâ€™t exactly in Judge’s plans.

“What weâ€™re not looking for in team-tempo is the running back gets in a pile with defensive linemen and all of a sudden it just looks like a mosh pit and then no one else gets any work.”

Finding your young quarterback at the bottom of the pile is also a bit concerning, as injury is possible. However, everybody left the scrum unscathed but ended up running full-field sprints and doing push-ups as a punishment for their actions. Discipline is a priority for Judge, and doing so with conditioning is a positive reinforcement.

Jones spoke to the media after practice regarding the brawl, showcasing his team mentality and why he ended up in the middle of the pile.

“I’m part of the team and part of the offense,” Jones said after the practice when asked how he ended up at the bottom of the scrum. “We’re competing, so I don’t see myself separately.”

“We’ve got to do a better job of control on that and making sure we’re controlling our enthusiasm and excitement,” he said.

The passion was flowing on both offense and defense, protecting their own valiantly. When the regular season comes around, you only have each other on the football field and coming to one’s defense is a sign of camaraderie. Logan Ryan stated that his melee with Engram would be smoothed over, as they are locker room buddies and friends off the field.

In fact, I believe this situation ended up being positive, galvanizing the team further with passion and intensity. On just the first day of padded practice, the offense dominated, putting to bed some of the recent reports indicating that lackluster performance.