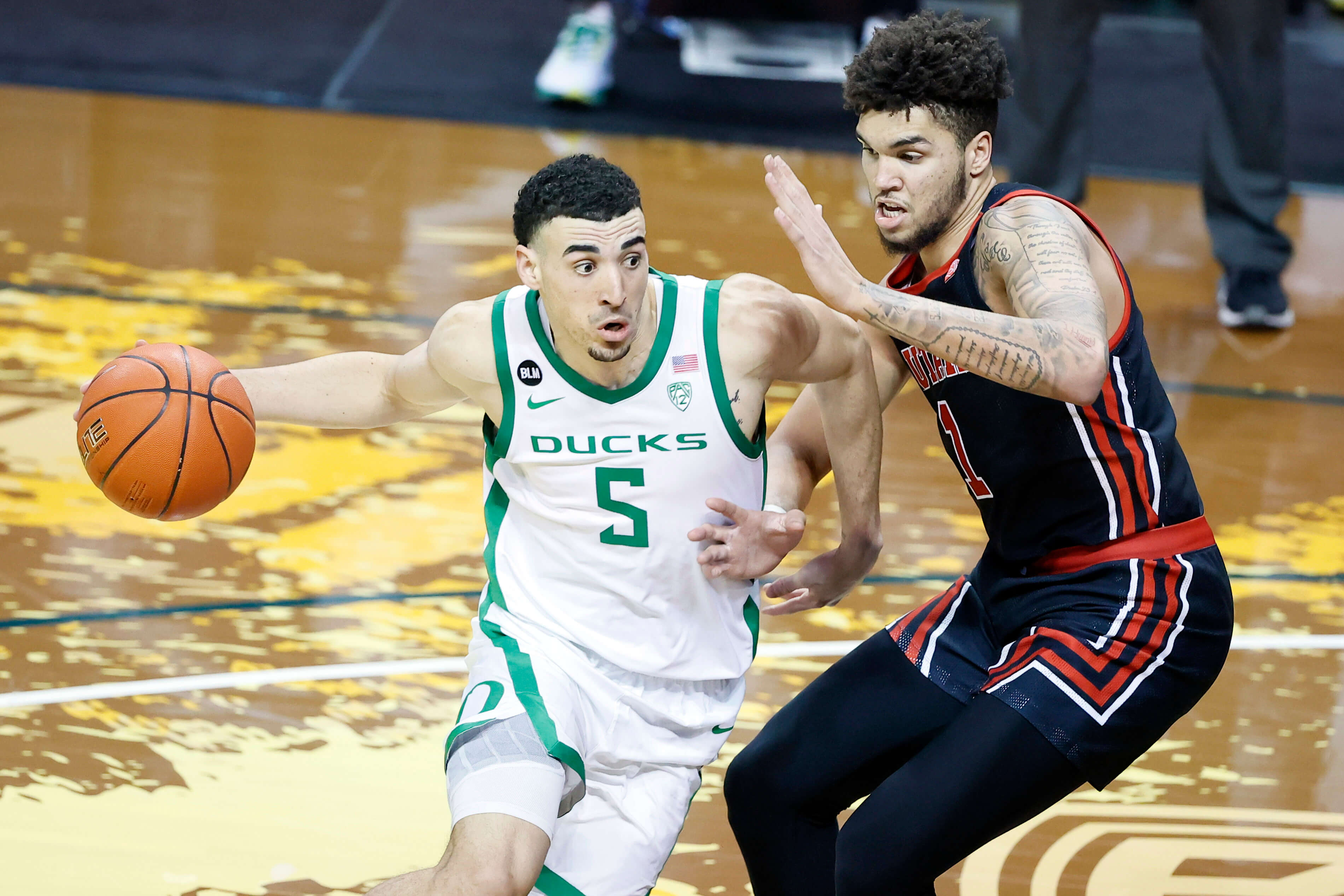 The New York Knicks hosted Oregon sharpshooter Chris Duarte on Friday for a solo workout as he climbs the draft board prior to July 29. With the draft just three days away, the Knicks are doing extensive research on multiple players who can contribute immediately, and Duarte represents one of them.

While ESPN has Duarte as the 23rd best prospect, the 24-year-old brings an element to the NBA that most teams are desperately seeking, elite three-point shooting. Last season with Oregon, Duarte connected on 42.4% of the shots from downtown, averaging 5.5 three-pointers per game. In addition, he averaged 17.1 points, 1.9 steals, and shot 43% from the field. He is the ideal 3-and-D player to supplement the potential loss of Reggie Bullock. While Duarte is primarily a guard, he has solid size at 6’6″, 190-pounds.

According to Shams Charania of The Athletic, the Oregon prospect is climbing draft boards:

“Duarte received an invite to the draft Green Room at Barclays Center and his stock is rising in eyes of teams. Golden State and New York are among the teams eyeing Duarte, who has a second workout with the Warriors on Sunday, sources said.”

With elite mechanics and footwork, Duarte has the potential to be a fantastic scorer at the NBA level and given his adequate defense, he can be an influential variable in the Knicks’ future success. As the team eyes, a deeper postseason run next year, they have plenty of resources to upgrade multiple positions, operating with $50+ million in free agency funds and four draft selections.

However, the front office is reportedly seeking a potential trade-up in the draft, and with Duarte watching his stock elevate, it is possible they move up a few spots to guarantee his selection in the middle of the first round. As an 81% free-throw shooter last year and 70% at-the-rim field-goal percentage, the best of any college guard in the draft, there’s no question he is a prolific scorer with natural instincts.

The oldest prospect in the 2021 class, but a very good one at that. Duarte has expert craft and guile with both his off-hand usage and his foot work, on top of his elite shooting at 6'6" and should be a good late first round pick. pic.twitter.com/AQ0VJa7ey3

Duarte also has solid defensive abilities but could use a bit more mass to aid functional strength. His 1.9 steals per game stands out significantly and will undoubtedly contribute toward a defensive heavy mindset with head coach Tom Thibodeau. Duarte is a player I would have my eye on as the draft nears.

How would you feel about the Knicks taking Duarte in the first round? Comment below!