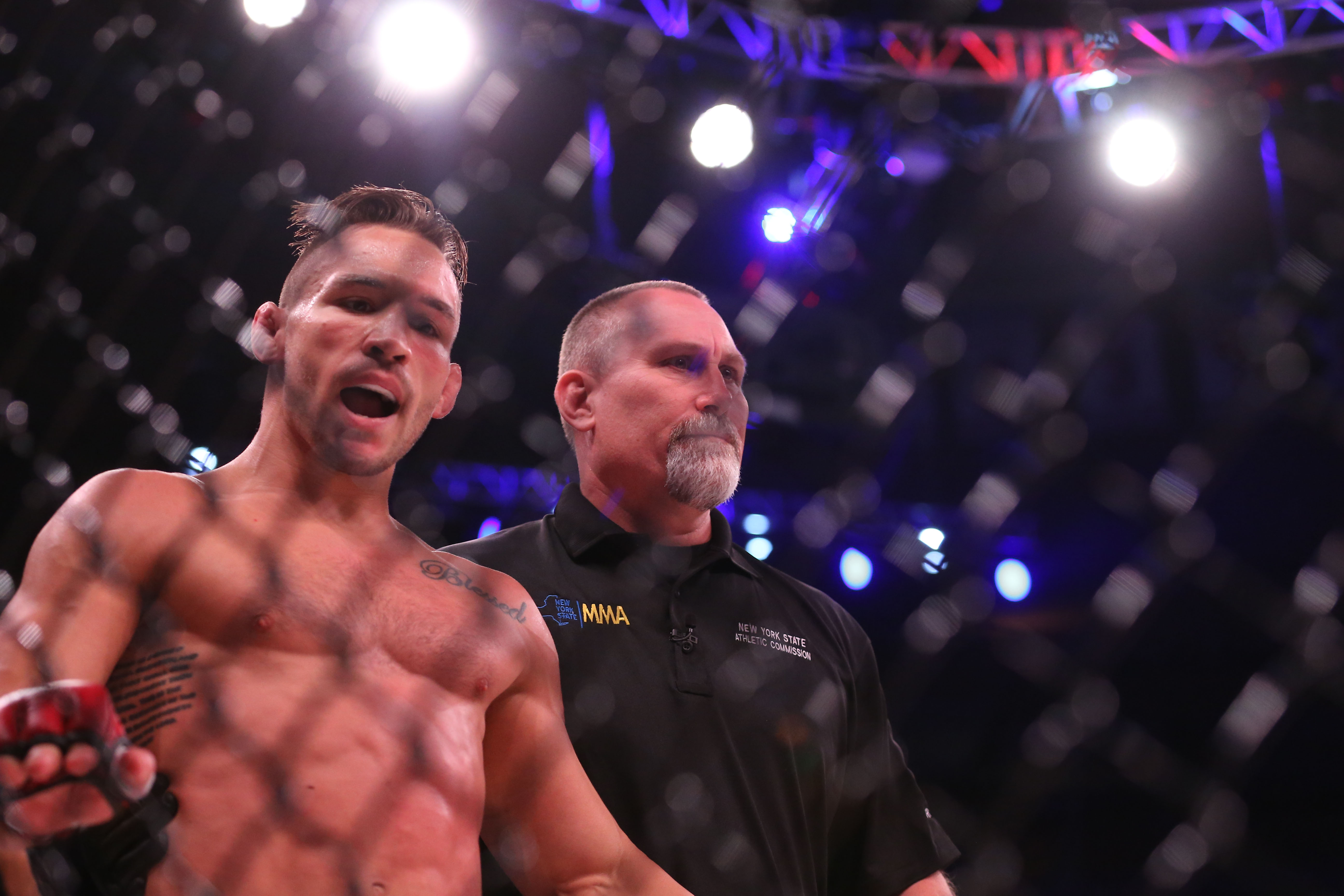 The co-main event of UFC 257 featured a pivotal matchup in the lightweight division. Dan Hooker (20-9) was set to welcome former Bellator lightweight champion, Michael Chandler (21-5) to the UFC.

The winner of tonight’s fight was expected to be a major factor in the title picture. As mentioned, Michael Chandler was making his anticipated debut with the UFC after signing with the promotion back in September.

Chandler came into the co-main event on a two-fight win streak which included a first round knockout over former UFC champion, Benson Henderson. Chandler wanted to jump right in with the sharks and he got his opportunity tonight.

Since moving up in weight, he’s gone 7-2 with his only losses coming to Edson Barboza and Dustin Poirier. A win over Michael Chandler tonight would have put Hooker in prime position in the UFC‘s lightweight division.

The UFC 257 co-main event of the evening kicked off with a brief touch of the gloves. Chandler immediately looked to close the distance and Hooker through a nice leg kick. Hooker was flicking leg kicks while circling on the outside.

A minute in and nothing big from Michael Chandler. Hooker seemed content with throwing from the outside. Chandler throws a big body shot to kick off his striking, but it was more of a glancing blow.

Hooker was continuously working the low kicks in the first. Chandler presses Hooker against the fence and he was throwing heat, but nothing major landed. Out of no where Michael Chandler lands a massive left hook and down goes Hooker.

Chandler followed up with a few shots and it’s over. Michael Chandler knocks out Dan Hooker in his UFC debut.