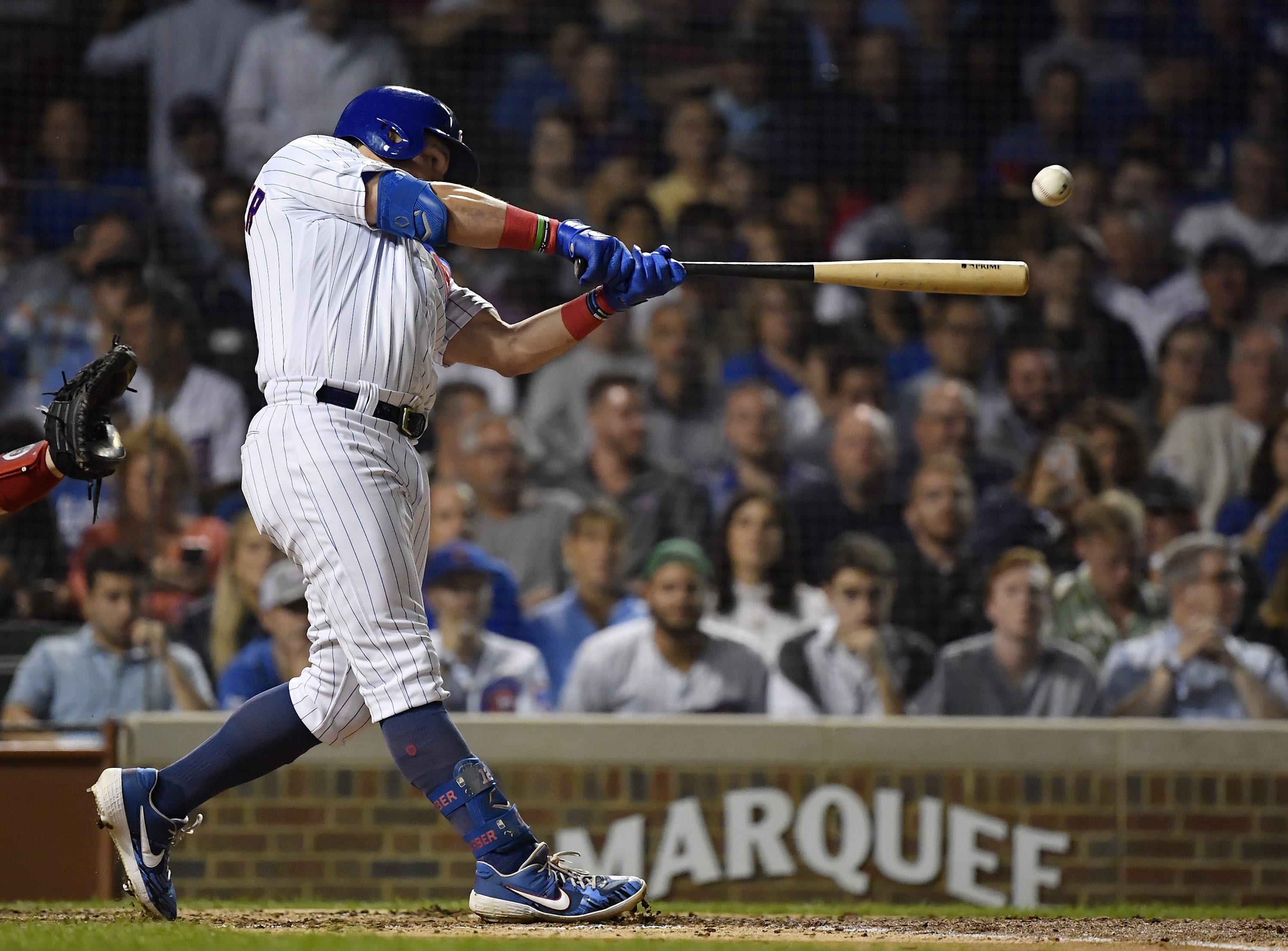 The New York Yankees’ focus on sluggers when it comes to their offensive system, and with left-fielder Brett Gardner seeing his club option declined for the 2021 season, finding an alternative option could be in the books.

While Gardner could be retained on a cheaper deal as a reserve option, several players could fit the bill for the Yankees and their home-run centric mentality.

With 8 PM on Wednesday being the deadline to tender contracts to players on expiring contracts but are still controlled by the team, one player was cut five Chicago cubs.

Chicago released 27-year-old Kyle Schwarber, and he is the perfect player to add for the Yankees and their desire to add home runs. Nearly every season for Schwarber has resulted in double-digit homers, but his batting average has always taken a backseat. Schwarber also strikes out a monstrous amount, logging a 29.5% rate in 2020.

His numbers eerily resemble Gary Sanchez’s, hitting .188 with 11 homers and 24 RBIs this past season. He earned a 0.4 WAR and made 48 appearances in the outfield. Every inning he participated was in left field, allowing zero errors and earning 70 put-outs. However, his efficiency hasn’t been so great in the past, seeing six errors in 2019.

Ultimately, signing Schwarber would be a cheap option for the Yankees as a competitor. If they elect to move on from Gardner, they still have Clint Frazier and Mike Tauchman in the outfield.

I believe Frazier will get the first crack at starting reps in left field next season, after having a break out 2020 campaign. He finished the season with a .267 batting average, 15.6% walk rate, eight homers, and 26 RBIs. He did strike out 27.5% of the time, and he needs to increase his efficiency in that category. If he can make more contact and increase his vision at the plate, he could be a staple on offense for the Bombers.

I believe with more at-bats, Clint will only get better, which is a great sign for the Yankees after he was benched in 2019 for defensive deficiencies. He was a Gold Glove finalist this past season, finishing with a .984 fielding percentage and just one error over 280 innings.

He made several impressive diving catches and looked the part of a professional outfielder. Nonetheless, with Tauchman representing depth in the outfield currently, adding a player on a reasonable contract like Schwarber is only beneficial for a Yankees team who likes to rotate players and stick to their analytics. 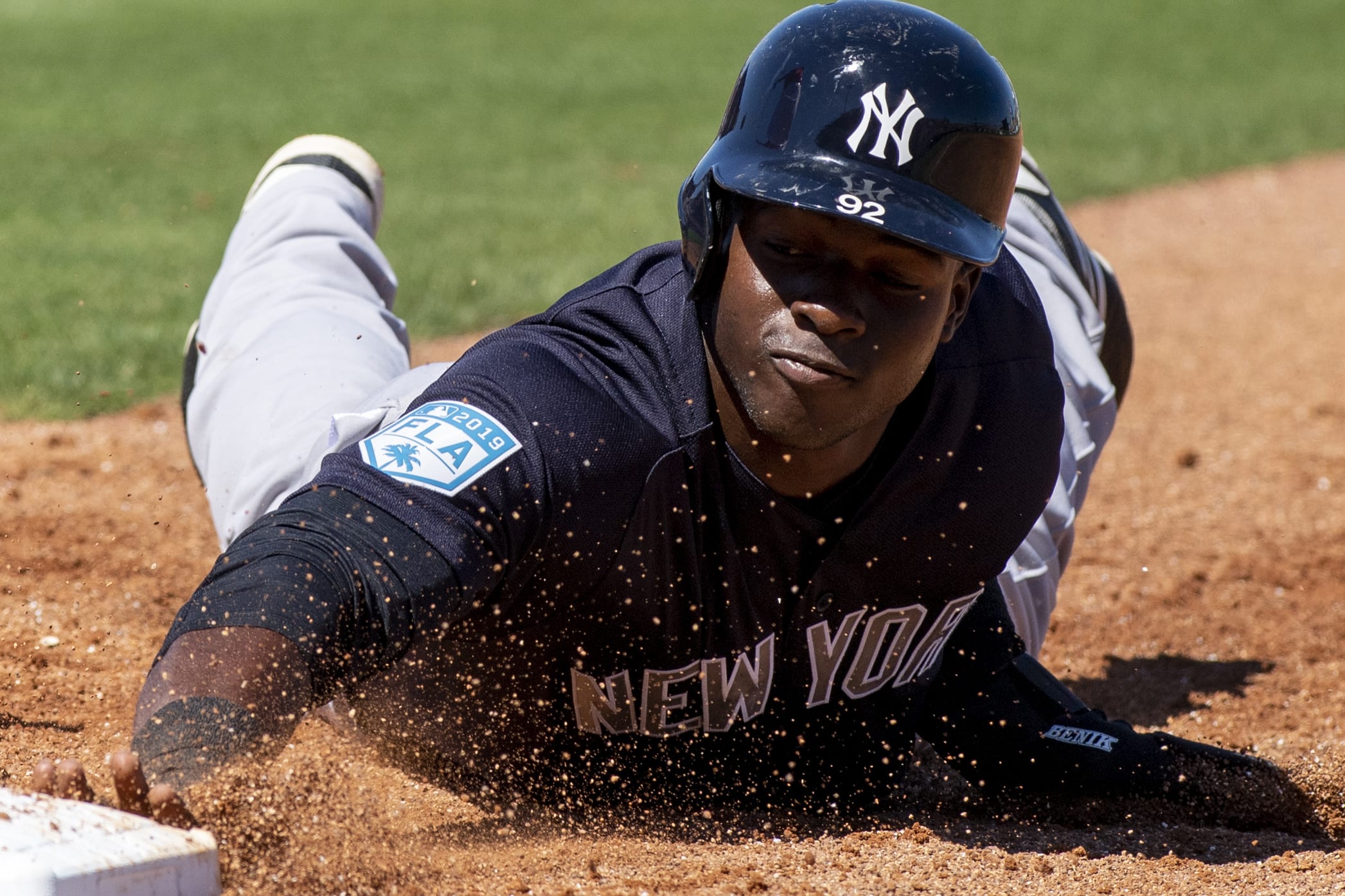 Yesterday before the 8 pm deadline, the New York Yankees tendered an offer to Gary Sanchez so that he will remain in Yankee pinstripes, at least for a while. However, that still does not mean that he could be part of a trade package to get the Yankees a pitcher they so sorely need. Sanchez had a horrible year hitting only .147. Nonetheless, both general manager Brian Cashman and manager Aaron Boone have praised Sanchez and his potential. That seems odd considering the lost faith in Sanchez late in the season and postseason when he found himself replaced by backup catcher Kyle Higashioka. This could indicate that Sanchez may still be a trade piece.

Estevan Florial, once a number one prospect for the New York Yankees, has faded in the last couple of years. That being said, he may still have value to the Yankees as part of a trade package that could bring Texas Ranger pitcher Lance Lynn to the Yankees. There is scuttlebutt out there that says the Yankees could be interested in Lynn being a mid-rotation pitcher to replace one of the Yankees’ exiting pitchers.

One trade proposal that has been suggested for the Ranger pitcher that is being shopped by the team looking to cut costs would send Lynn to the Yankees for prospects Miguel Yajure and Trevor Stephan, both right-hand pitchers, then add to that Estevan Florial that could make the trade work for both teams. The Yankees hate giving up prospects. The only piece of this trade suggestion that would hurt would be the loss off Miguel Yajure, who showed a lot of promise this past season.

Kyle Schwarber is now a free agent after being non-tenured yesterday. This development is almost laughable. The New York Yankees have been interested in Schwarber for several years to strengthen the Yankee outfield. But they were never able to make that happen. Now the Yankee outfield has many options, especially considering the break-out season of Clint Frazier. If anything, the Yankees are outfield heavy. So as life would have it now, Schwarber is easily obtainable off the free-agent market, but the Yankees now have no use for him.

Adam Ottavino certainly had a sub-par season for the Yankees, and he ran out of steam again like he did at the end of 2019. The Yankees didn’t even use him in the postseason. To be completely fair, a large part of his poor stats were because of one game against the Toronto Blue Jays when he gave up six runs without getting an out.

Ottavino has made it clear to fans and the Yankee front office that he wants to remain a New York Yankee even though he is afraid that the Yankees in their cost-saving efforts may try to remove his $9 million salary. This past season he posted a 5.89 ERA in 24 games. In the one game he pitched in the postseason, he gave up a run in Game 2 of the Rays ALDS.

Ottavino addressed the situation while at a Player’s Alliance benefit on Coney Island.

“For me, it wasn’t good enough. Wasn’t consistent enough,” Ottavino said. “It was short. I would’ve liked to have more time. I think I finished OK — had 10 strikeouts and one walk at the end there [in his final seven outings]. Playoffs, it sucks not to get a chance. But I’m not the manager. My job is to make it undeniable [for the manager to go to him].” I’ve been in touch with Aaron Boone and pitching coach Matt Blake, and told them I have a good plan looking forward,” he said. “I like where I’m at.”

The Yankees retired pitcher CC Sabathia is going to star in an HBO documentary. CC Sabathia revealed on Tuesday that HBO, along with MLB, will be airing a documentary on the life of the lefty, called “Under the Grapefruit Tree: The CC Sabathia Story.” Sabathia will narrate the documentary, which will look at his early life, playing career, and battles with alcoholism. It will include behind-the-scenes footage from his final season and will air on December 22.