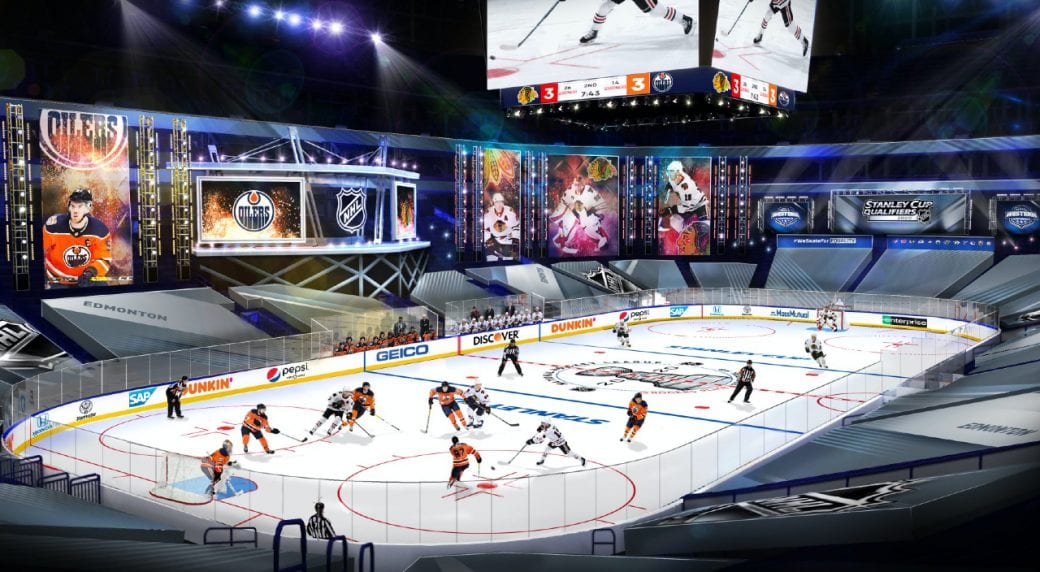 Recently, information about what the New York Rangers will experience in Toronto as the NHL unveiled details for its hub cities and in-game presentation as it approaches the resumption of play. The league revealed its plan for health and safety, along with information about television broadcasts and player amenities during a period in which no fans will be allowed in the arenas.

New York Ranger “sounds” will be part of the game

The league is promising a unique look and feel to every game played, including the local goal horns and songs of each team participating, which of course will include the Rangers.

Fans of each of the 24 teams participating have replicated chants that will be played in the arena, so expect some “Let’s Go Rangers” chants to be pumped in. These in-game sounds will be combined on the broadcast with supplemented crowd noise provided by EA Sports. The broadcasts will also be on a five-second delay, due to the possibility that some of the language used by the players may be a bit “R” rated and not family-friendly.

Steve Mayer, the league’s chief content officer, said fans will see unique camera angles because arenas will be empty, as well as many extras. “We’re going to open up in both hubs with a significant and a powerful opening evening,” Mayer said

The Toronto secure zone will be made up of two distinct areas, one at Exhibition Place and one in downtown Toronto.

Downtown Torontoâ€™s zone will be situated at the Fairmont Royal York hotel, where the Rangers will call home while in the playoffs. A secure walking path connecting the Fairmont to Scotiabank Arena to be used exclusively by authorized people will allow for travel between the two locations while maximizing safety.

A look at the NHL's "secure zone" in Toronto. pic.twitter.com/MB1yP1opPb

BMO Field in Toronto, normally the home of Toronto FC of the MLS, is part of the bubble, is serving as an outdoor recreation facility.

At the downtown zone, players will be able to partake in activities like pickleball and tennis.

The NHL said it is setting up a concierge service, in conjunction with local delivery companies, that will allow players and staff to order items from pharmacies, department stores, grocery stores, and food from restaurants in Toronto.

Part of the NHLâ€™s stated focal point is ensuring the safety of its players and staff during the restart. For example, in Toronto, there will be 64 walking and hotel security guards, as well as 33 health ambassadors at Scotiabank Arena.

When games are taking place, players who are not participating will be able to watch and attend games.

Asked if there’s a sense of accomplishment knowing the league is on the verge of resuming its season, Bettman, who along with deputy commissioner Bill Daly won’t initially travel to the bubbles because require a mandatory 14-day quarantine after arriving from the United States, said there’s still a long way to go before he can fully exhale.

“I don’t sit back and try and dislocate my shoulder trying to either pat myself or anybody else on the back,” Bettman said. “If there’s any point where I’m going to feel substantial emotion, it’ll be a sense of relief when I get the present the Stanley Cup.” 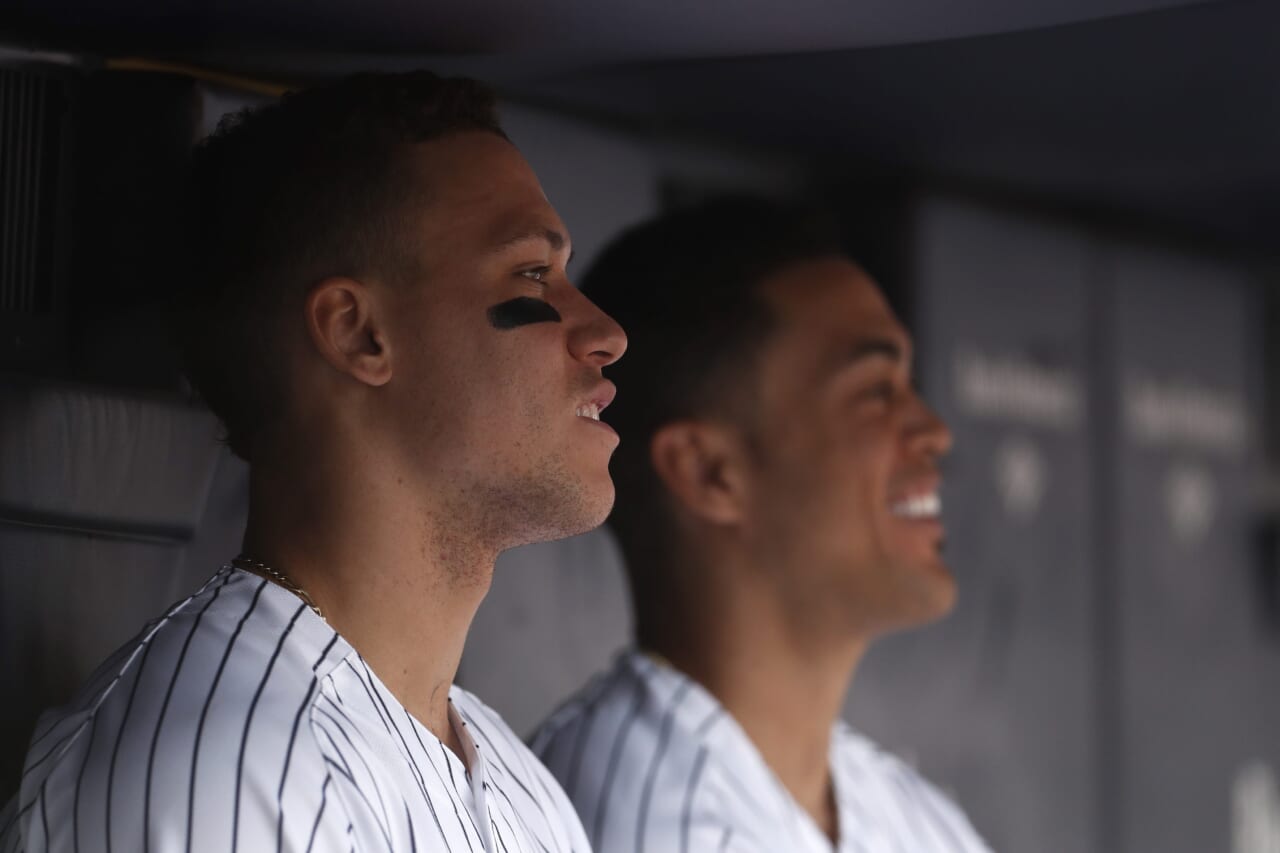 On Thursday, the New York Yankees took advantage of a rain-shortened 4-1 win in the first game of the 2020 MLB season in the nation’s capital.Â  After a day off on Friday, last night, the Nationals pounded the Yankees and pitcher James Paxton in a lopsided 9-2 victory for the Washington Nationals.

With the shortened 60 game season, winning each game is 2.7 times as important than in a full season of 162 games.Â  The same applies to every loss; it’s like losing three in a row.Â  Interestingly the Yankees, despite the loss, have lost no ground on their East Division, AL, and NL rivals.Â  Every single team in the east has won a game and lost a game.

Today the New York Yankees and Washington Nationals will wrap up the three-game series at 1:05 pm.Â  The game will be played at Nationals Park under baking sunny skies.Â  With no chance of rain, the game-time temperature will be in the low to mid-’90s. The game will be broadcast on TBS (out of market), MASN, and on the YES Network.

When the Yankees come up in the first inning, they will face the Nationals Patrick Corbin.Â  Corbin last faced the Yankees in 2013.Â  Four Yankee players had faced Corbin before but were not with the Yankees 2013 team when Corbin visited Yankee Stadium. DJ LeMahieu has the most experience with Corbin, having faced him in 35 at-bats for a .429 average off of the lefty.

Last year Corbin was 14-7 with an ERA of 3.25 in 33 starts and one complete game. Corbin was the Nationals worst pitcher in their World Series Championship run. He was 2-3 with an ERA of 5.79.Â  Corbin is a New York native.

The New York Yankees have not announced who will start the game today at the time of this writing.Â  It would have originally been Masahiro Tanaka, but Tanaka was hit in the head by a comebacker from fellow player Giancarlo Stanton in an intrasquad game at the Stadium.Â  He is under concussion protocol but progressing well.Â  He will most likely make his next start on July 31st, as the Yankees meet the Boston Red Sox at Yankee Stadium.

By using an “opener” in today’s game, the Yankees keep their pitching rotation intact. Last year with the loss of Luis Severino, the Yankees used the opening format frequently.Â  In fifteen starts, the Yankees won 11 of those games opened by super reliever Chad Green.Â  As Green has not been used in game one or two, he will likely pitch in today’s game.

In the first inning today, all eyes will be on Giancarlo Stanton, who has performed to his 2017 MVP year in summer camp and in the first two games of the new season.Â  Stanton has homered in both games, one for 459′ and one for 417.’ Last night in the Yankee’s failed attempt at a win, Stanton reached base in all three of his appearances.Â  The homer, a double and a base on balls. Stanton’s plate discipline is excellent and right now he is seeing the ball as if its a basketball. 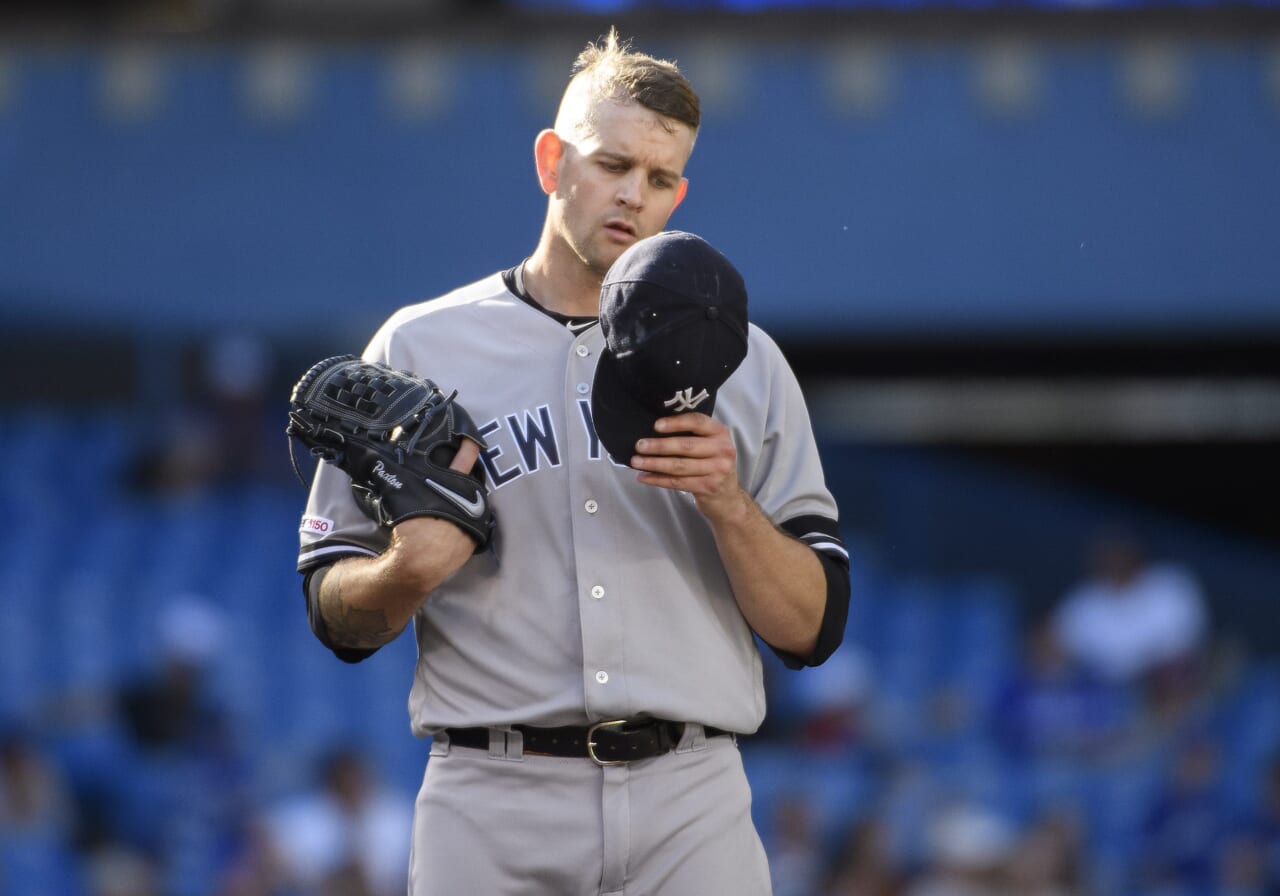 In the New York Yankees second game of the season, the Nationals pretty much had their way with the Yankees. James Paxton got through the first but gave up three runs in the second inning in his first failed attempt to win for the Yankees this season. Michael King replaced Paxton to close out the second. It was a bit unusual because the Yankees did not roll out their best relievers in the game.

In the third inning, Gio Urchsela singled and then stole second. Brett Gardner had a sac fly moving Urshela to 3rd base.Â  LeMahieu singled and scored Urshela. Michael King, out for his second inning, put down the Nationals one two three. From then on, it was mostly the Nationals as all the Yankees hits seemed to target the Nationals outfield gloves.

In the New York Yankees, fourth Giancarlo hit his second home run of the series a 417′ shot. That would be the last run scored for the Yankees on the night.

Brett Gardner walked in the top of the fourth to load the bases with Yankees, but they left the bases loaded in the inning.Â  At the bottom of the frame, Victor Robles homered for the Nationals 5-2 lead.Â  In the Nationals fifth, Adam Eaton got a hit and went to 3rd base when an errant throw to first base that went off-center.Â  Eaton would score on a ground-rule double that went into the stands by Howie Kendrick.

Then with a failed catch by Aaron Judge Asdrubal Cabrera, drove in Howe Kenrick for the 7-2 Nationals lead. At the bottom of the seventh inning Asdrubal Cabrera was at it again, this time with a homer to center, making it 8-2 Nats.Â  The Nationals were taking advantage of every Yankee pitching mistake as the Yankees continued hit directly to the Nationals outfielders.

At the top of the eighth inning, Giancarlo doubled getting on base all three times he was at the plate.Â  At the bottom of the frame Michael Taylor hit another Washington Nationals home run for the final score of 9-2 Nationals. There were plenty of errors to go around, the Nationals had 5 and the Yankees had 2.

The New York Yankees in the loss used six pitchers in the effort with only David Hale not giving up a hit.Â  It is unclear why manager Aaron Boone did not use his premium relievers such as Chad Green, Adam Ottavino, Tommy Kahnle, or Zack Britton especially considering that the Yankees had a day off yesterday.

Late in the afternoon, the Nationals announced that scheduled pitcher Stephan Strasburg was scratched due to nerve pain in his right hand.Â  They replaced him with Erick Fedde. The Yankees had thought they had gotten a very early Christmas present with the move.Â  Instead, Fedde pitched four innings, giving up just one run.Â  James Paxton just didn’t have it, not making it out of the second inning.

The final matchup with the Washington Nationals will be on Sunday at 1:05 pm when the Nationals Patrick Corbin will face an “opener” for the Yankees.Â  The opener will probably be Chad Green, but in this short season, nothing is for certain.Â  After the game tomorrow, the Yankees will move on to face Joe Girardi’s Phillies in Philadelphia.