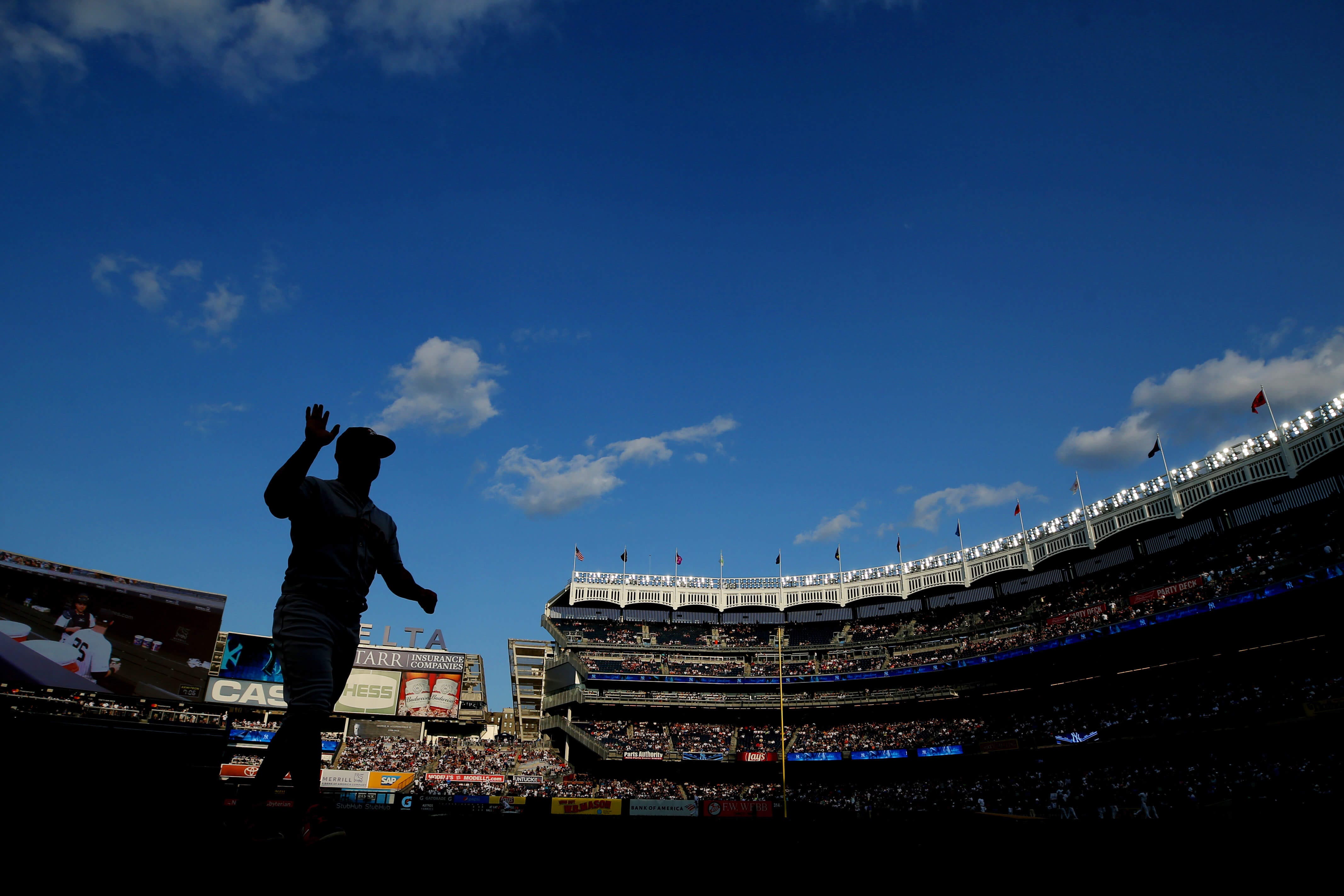 New York Yankees fans are going to have to continue to wait for baseball of any kind. As the clock ticks away on a 2020 baseball season, the MLB representing the owners sent their latest and “final” proposal to the MLBPA (players union).  The proposal was included in a sharply worded five-page letter that didn’t address a new season until the third page of the letter. Most of the preceding pages blamed the players for the present stalemate in the “non-negotiations” to get a season started.

The new attempt to have baseball this year highlights the growing ill will between the parties.  The latest plan presented yesterday calls for a 72 game season ending at the normal end of September timeframe, with an expanded postseason of sixteen teams played in October.  The players would receive 70 percent of their prorated salaries for the regular season and up to 80 percent if the postseason is completed.

The plan will surely be rejected by the players union, as have all the previous plans.  The players continue to be steadfast in demanding 100% of their prorated salaries and not share in any of the losses the owners will endure due to no ticket sales and no concession revenues.  The stumbling block to a season is over money, but also in the differing interpretations of the original March agreement.

The March agreement was for players to receive 50% of their salaries based on a season of half as many games.  At the time of that agreement, the progress of the COVID-19 virus was unknown, as was the fact that fans would not be allowed in the stands.  The owners contend that the players are not entitled to any payment in the first place because Commissioner Rob Manfred had the authority to suspend all contracts once President Trump declared a national emergency on March 13.

At the time of the original agreement, MLB made it crystal clear to the union that the clubs would not be forced to resume play without fans because it would not be economically feasible. However, it was not stated in the agreement.

Though Friday’s proposal was not necessarily a final overall offer, it might well mark the last time MLB is willing to consider a season as long as 72 games. Each passing day potentially cuts into the length of the schedule, particularly given the owners’ insistence that the playoffs be completed on schedule, citing the potential for a second wave of COVID-19 in the fall and the reluctance of broadcast partners to reschedule their October postseason windows.

As was said earlier, if the players still insist on 100% of their prorated salaries and more games, this lastest proposal will like the others to be rejected.  They have until Sunday to give their answer.  If the players do not accept the proposal it may force Manfred to impose a season of the owners liking.  This could cause the union to file a grievance or chose to go on strike like they did in 1994.

Damage has already been done to the game of baseball as fans are turning away.  Both the owners and players must realize that further damage will be difficult to overcome, and no season will not be quickly be forgotten by fans.  The owners have compromised, the players refuse to, causing what can be called extreme ill will.  Even though the players will receive less pay per game under this latest plan, they will receive $300 million more in pay than if Manfred imposes a shorter season.

It’s been clear since the beginning of MLB negotiations that the coronavirus will dictate the season. In the past few weeks, the economy has partially reopened around the country.  Now 14 states have reported increased cases of the coronavirus, surging in some states. The question now is, will Manfred have the final word or will the coronavirus? Whichever the case baseball now has a great big black eye. 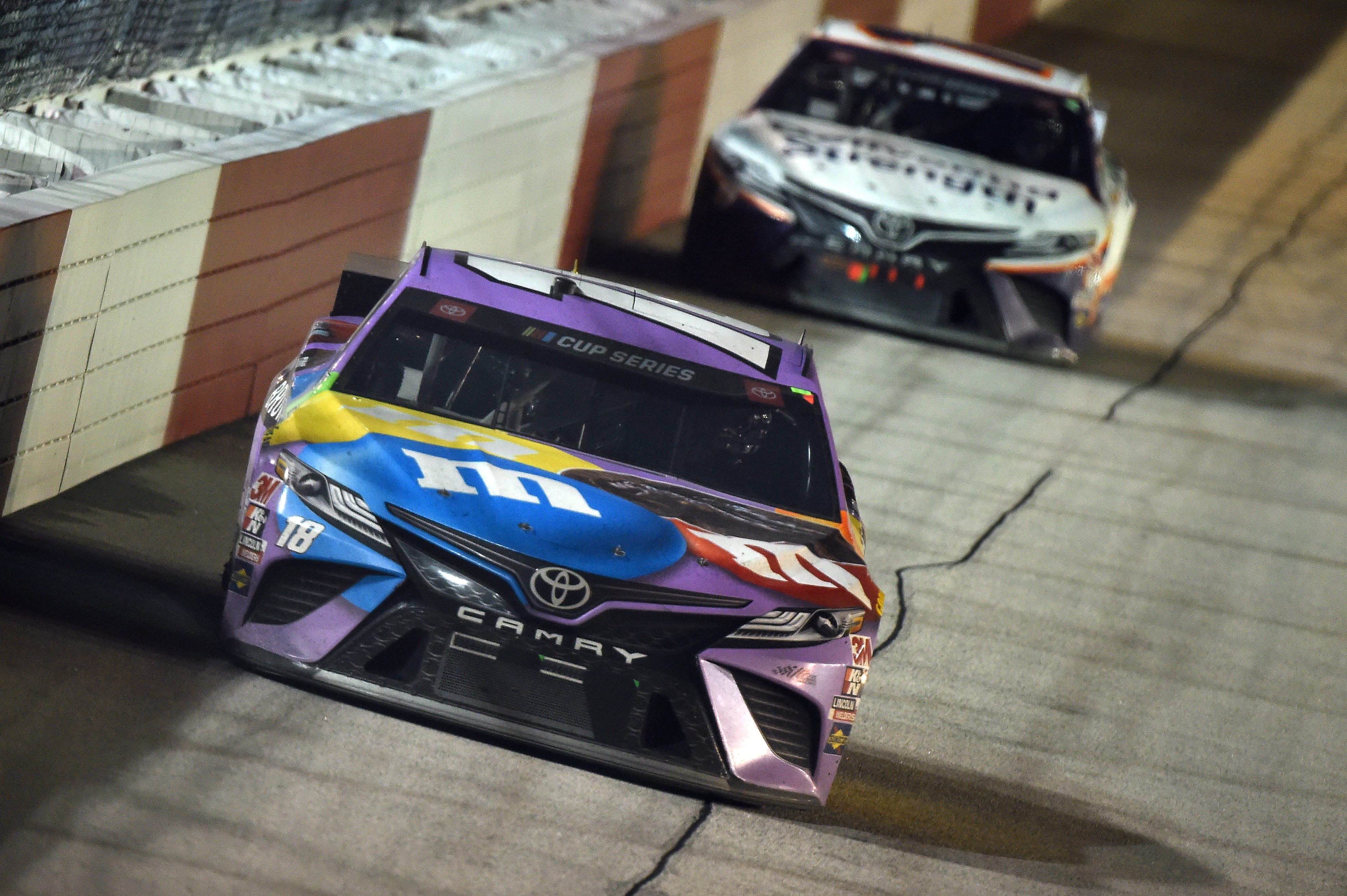 When the green flag drops at Homestead-Miami Speedway this weekend, the track will begin a new era in NASCAR.

For the first time since the 2001 season, the South Florida venue will not be host to the championships of NASCAR’s three premier series. Instead, they will be hosting early season events.

The 1.5 mile oval with turns banked up to 20 degrees will be host to just the 12th race of the Cup Series season. However, all three premier series will still have events. The Xfinity Series will actually have events on both Saturday and Sunday, with 15-time Cup Series most popular driver Dale Earnhardt Jr. participating on Saturday.

Like all Cup Series races at Homestead, the Dixie Vodka 400 will be 400 miles long and 267 laps. Each of the first two stages will be 80 laps with the final stage being 107 laps.

Last time at Homestead, Kyle Busch won the race en route to his second Cup Series Championship. On Sunday, he will roll off 4th. His teammate, Denny Hamlin, has the pole.

It will be really interesting to see how Sunday’s race plays out. Now, there’s more than just the Championship 4 fighting for something big. Instead, it’s the whole field competing for the same prize. It will also be the first time that FOX will be broadcasting this race.

The race is at 3:30pm ET on Sunday. The Truck Series and Xfinity series run on Saturday afternoon, and the Xfinity Series runs again before the Cup race on Sunday. 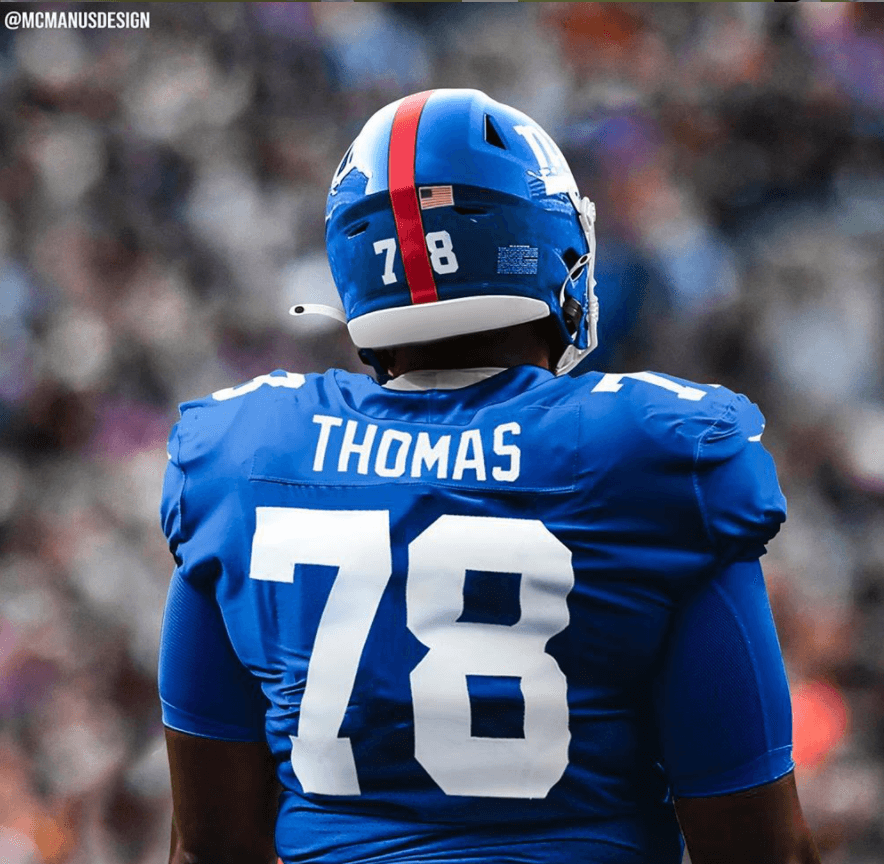 The New York Giants could improve at multiple positions because of Andrew Thomas:

When the New York Giants drafted Andrew Thomas with the fourth overall pick in the 2020 NFL draft, they knew what they were receiving in the left tackle. Thomas had the highest floor of any prospects at the position, making him a potential starter from day one on the offensive line for Big Blue.

There have been many former players and coaches that have advocated for Thomas and his abilities at the next level.

He stated Thomas was “arguably the best left tackle in college football the last two years.”

“I had zero question marks about Andrew Thomas, really. The more I learned about him the more I appreciated how good he was,” O’Hara said. “Two things that jumped out at me on film. I thought he had a really good anchor. You did not see him get pushed back into the pocket when he got a bullrush he could sit it down. … I thought his run-blocking was phenomenal.”

“I literally had no question marks about him.”

Thomas brings a pro-level skill set to the Giants. His ability to hunker down and pass protection and solidify the left tackle spot and move the line of scrimmage and the run game is essential for the success of Daniel Jones and Saquon Barkley.

The positive traits the Georgia stand out is bringing to New York are plentiful. He is a bruising tackle with a downhill mindset, matching up well in a man/power scheme. When facing blockers 1v1, Thomas stands out. In addition, he’s always looking for extra work and someone to hit. His incredibly strong and heavy hands allow him to punch pass rushers away and stall them in their tracks. His ability to recover once beat is also a pro of his game, but that doesn’t mean he is void of weaknesses.

Thomas can be caught with his hands high and wide at times, giving pass rushers leverage to move him aside. New offensive line coach Mark Colombo, who is a true disciplinarian and former player, should be able to refine his technique. Teaching Thomas to keep his elbows in and target the inside pad is where he will see the most improvement.

However, Thomas will be beneficial across-the-board, meaning not only Daniel Jones well see an advantage. I believe left guard will Hernandez will also see an uptick in efficiency, simply because his counterpart will be more effective. Nate’s older allowed 11 sacks in 2019, which was the most of any tackle in the NFL. If Thomas can perform at a higher level, Hernandez should see more success. The Giants could certainly use a better protection scheme to provide Jones with more time in the pocket, and Barkley will more running lanes to exploit.

There’s always the possibility that Thomas starts off at right tackle, which would give the Giants the luxury of transferring them over to the left side when Solder and his dead cap decreases exponentially in 2021. The Giants’ first-round pick has experience at right tackle, as he stated several weeks ago after being drafted.

Yeah, at Georgia I started off at right tackle as a freshman and made the transition my sophomore year. I played at left tackle for the next two years. I think that definitely helps. Having experience playing both sides will be something that will be an asset for me. 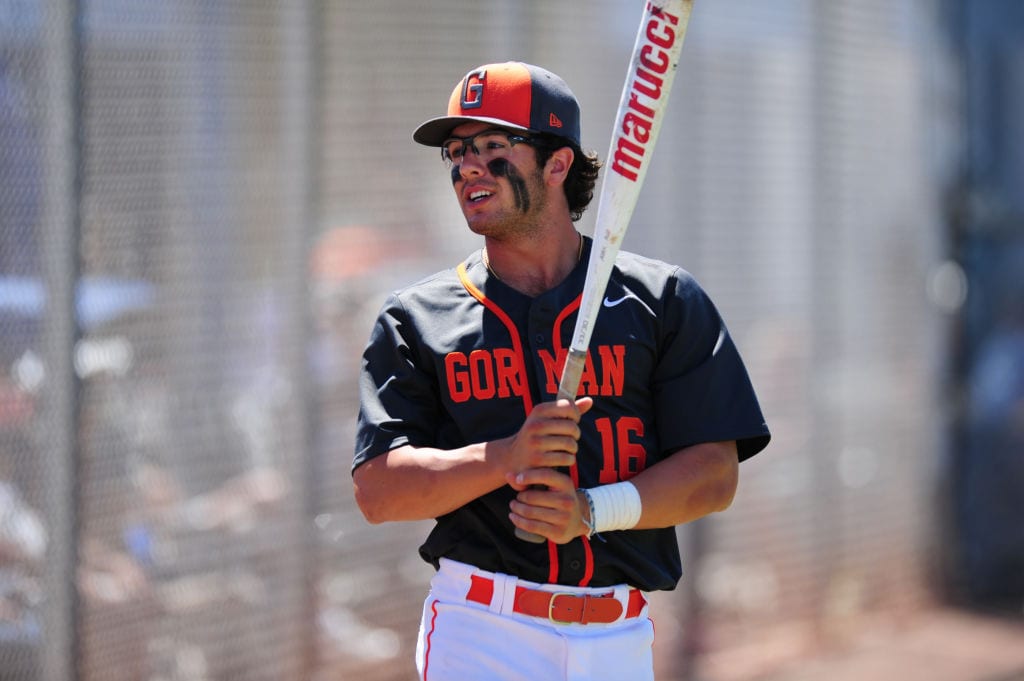 There is no question that the New York Yankees gained a talented player in Austin Wells, given his ability to play catcher and potentially translate over to an outfield position. However, for Yankee fans, Wells comes with a bit of baggage that some people might find concerning.

Wells is a Red Sox fan, joining their ranks during their historic World Series run in 2004. Boston defeated the Yankees, coming back from 3-0 down in the American League championship series, going on to sweep the St. Louis Cardinals to win their first World Series since 1918.

The lefty slugger is expected to climb the minor-league ranks quickly and could find himself on the active roster within the next 2–3 seasons. The Arizona product was selected with the 28th overall pick in the first round, and some question his ability to adapt to the catcher position at the professional level.

The New York Yankees drafted Austin Wells before in 2018

Back in 2017, Wells caught the attention of the Yankees, breaking out with Bishop Gorman High School in Vegas. However, an elbow injury severely hurt his production and forced him to miss the season behind the plate. When the Bombers drafted him in 2018, he elected to attend the University of Arizona, stating:

“Coming here was the best decision I ever made,” Wells told Tucson.com in February. “So I’m super thankful … not thankful that (my injury) happened, but I’m thankful that I was able to go through this process, because I feel so much more prepared to play baseball at the next level.”

While Wells’ desire is to play catcher moving forward, he will do whatever it takes to succeed at the next level, even if it’s with the Yankees.

“I’m a catcher. I want to be a catcher,” Wells said. “I’m definitely willing to do whatever it takes to get to the big leagues. So, if that’s at another position, I’ll just hit home runs at Yankee Stadium and play wherever they need me to.”

The Bombers currently have Gary Sanchez behind the plate as their primary option. Sanchez has struggled with injuries in recent years, and if he continues to battle bodily deterioration, Wells could have an expedited process to the big leagues. Nonetheless, he must prove his worth in the minors first and foremost.