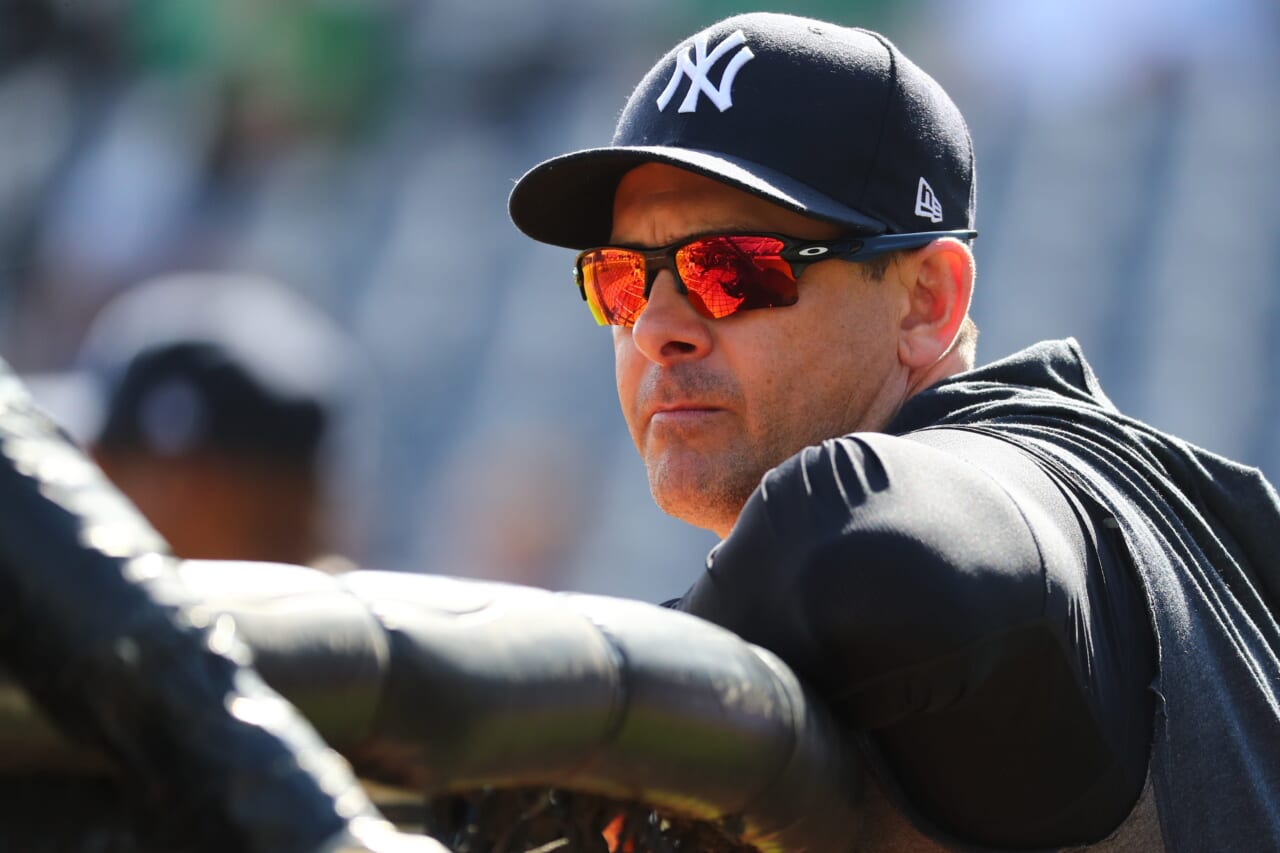 As we wait for the MLBPA and team owners to resolve their negotiations regarding the financials of a potential regular season, things in the world are tumultuous. The New York Yankees are no exception to this reality, and while the MLB has rejected a potential 114-game regular season, there seems to be no resolution in sight. What could happen might stain history for the foreseeable future, not that it won’t already, but a significantly shortened season seems to be where we are headed.

MLB has rejected the unionâ€™s 114-game regular season proposal. They plan no counter. They are sititng on essentially implementing a 48-54-game season for full prorated salaries or 82-ish at less than prorated, sources tell The Post

A season in the 48-54 game range seems realistic at this point, as the two sides continue to argue over a fair salary for players. Minor leaguers across the country have been released and will not earn the remainder of their contract. Baseball was struggling before the latest pandemic, but it will take years for it to recover after the financial hit it has taken.

It is still possible that a regular-season won’t even happen, which would forgo the 2020 contracts for all players. The Yankees will be put in a tough spot as they’d be in line to lose multiple players without any evidence they can return from injury. Options like James Paxton will be tough to extend, having returned from surgery due to a cyst in his lower back, having no sample size to work off of might force the Yankees to let him walk in free agency. Then you have the J.A. Happ situation, where a player is earning $17.5 million but was retained due to his depth quality and Luis Severino missing the entire campaign due to Tommy John surgery.

Skipping over an entire regular season is something I never believed I would see in my lifetime, and most players would probably say the same. However, the financials are crucial, as playing without fans will hurt the overall income of the league, and players will have to settle for a lower price. Recent proposals would cut salaries like Gerrit Cole’s, from $36 million down to about $8 million, in favor of lower-income players.

If the two sides can conclude within the next few weeks, baseball could be up and running again by July, but at this point, it does not seem likely. 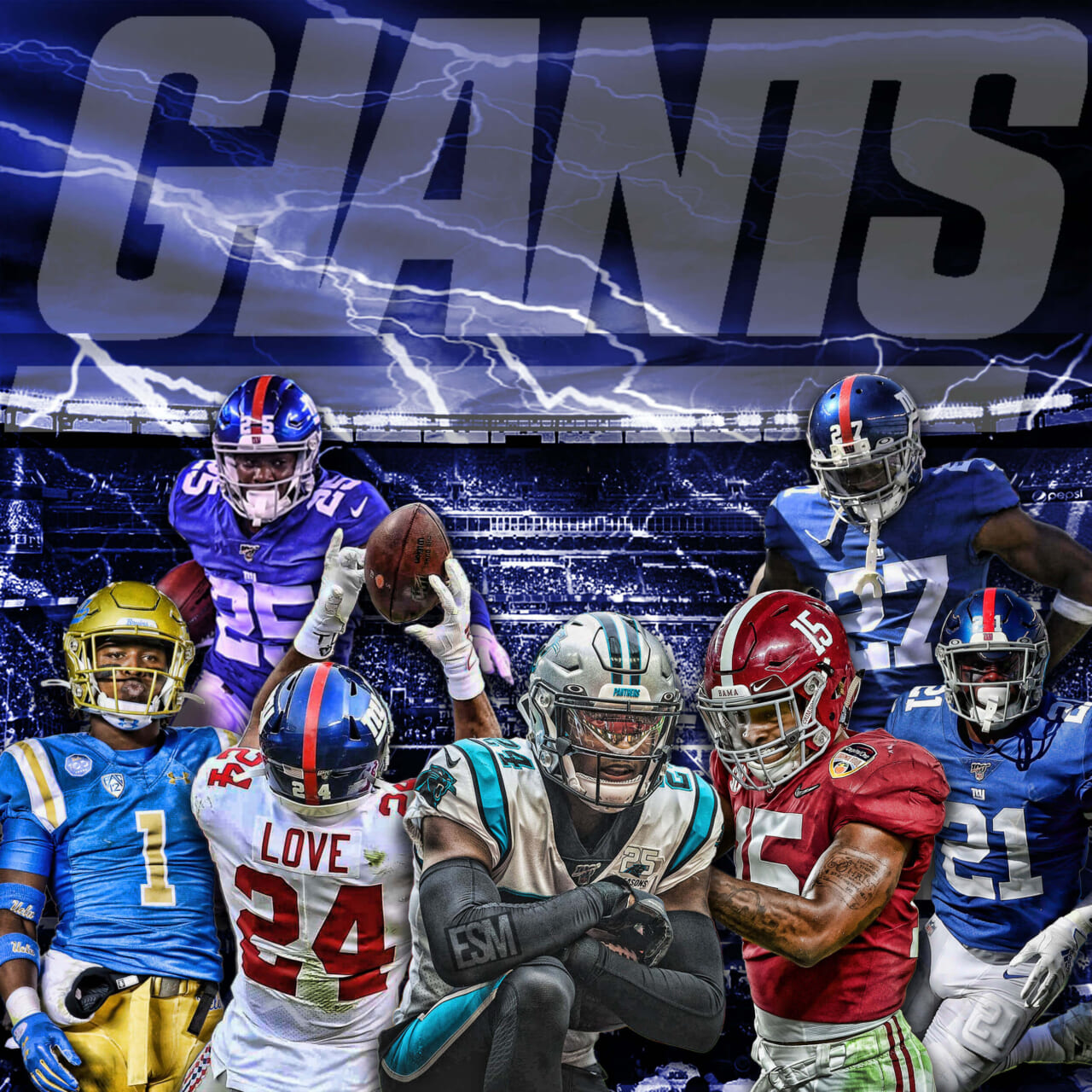 The New York Giants could have an underrated secondary:

The New York Giants’ defense ranked 30th in the NFL last year, allowing a putrid 28.19 points per game on average. They allowed 19 rushing touchdowns and 30 passing touchdowns, showing how inconsistent the secondary was.

General manager Dave Gettleman allocated ample resources toward bolstering the secondary in the 2019 NFL draft, which played a significant part in the degradation of the unit and deficiencies across the board. However, one year of experience and more draft capital spent on reinforcing the defense, and we should see a gradual improvement from the unit as a whole.

Players like DeAndre Baker, whose lawyer said the charges are just about dropped and they have won the case to acquit him of any wrongdoing, are expected to take a big step forward in 2020.

Baker finished 2019 playing in all 16 games, tallying 61 combine tackles and a 61.4 completion rate. He did allow six touchdowns, an astronomical number that needs to be decreased moving forward. Nonetheless, he was used mostly in zone coverage, while his strength was man/press coverage in college.

In addition to Baker, the Giants are also expecting safety Julian love and supplemental draft pick Sam Beal to step up and provide some sort of quality. They also went out and signed James Bradberry, formally of the Carolina Panthers. Bradberry was the second-best corner on the free-agent market and has impeccable health, and coverage skills justify the money they spent on acquiring him. Bradberry posted a 44.2 completion rate and six touchdowns allowed in 2018, but cut down his red zone deficiency significantly in 2019, allowing just one score on 59.8% completion rate.

Bradberry will inevitably replace Janoris Jenkins, who had filled the number one corner role over the past few seasons. Bradberry is on a three-year deal, giving the Giants leverage if they want to move on after year two on a low dead cap hit.

I believe the secondary is one of the more underrated units for Big Blue, acknowledging their increased experience and the resources dumped into its reinforcing. The Giants also drafted Darnay Holmes with their fourth-round pick, who was rated as the top nickel corner in the draft. If he can lock down the starting slot position, the Giants will have two solid corners in Bradberry and Baker manning the outside.

While depth might be a little bit scarce, they also acquired Xavier McKinney to fill the free safety spot in the second round of the 2020 NFL draft. McKinney is a sure-fire tackler and created seven turnovers for Alabama last season. His versatility makes him a perfect fit for Graham’s defensive scheme, which focuses on unpredictable blitzing habits and man coverage. 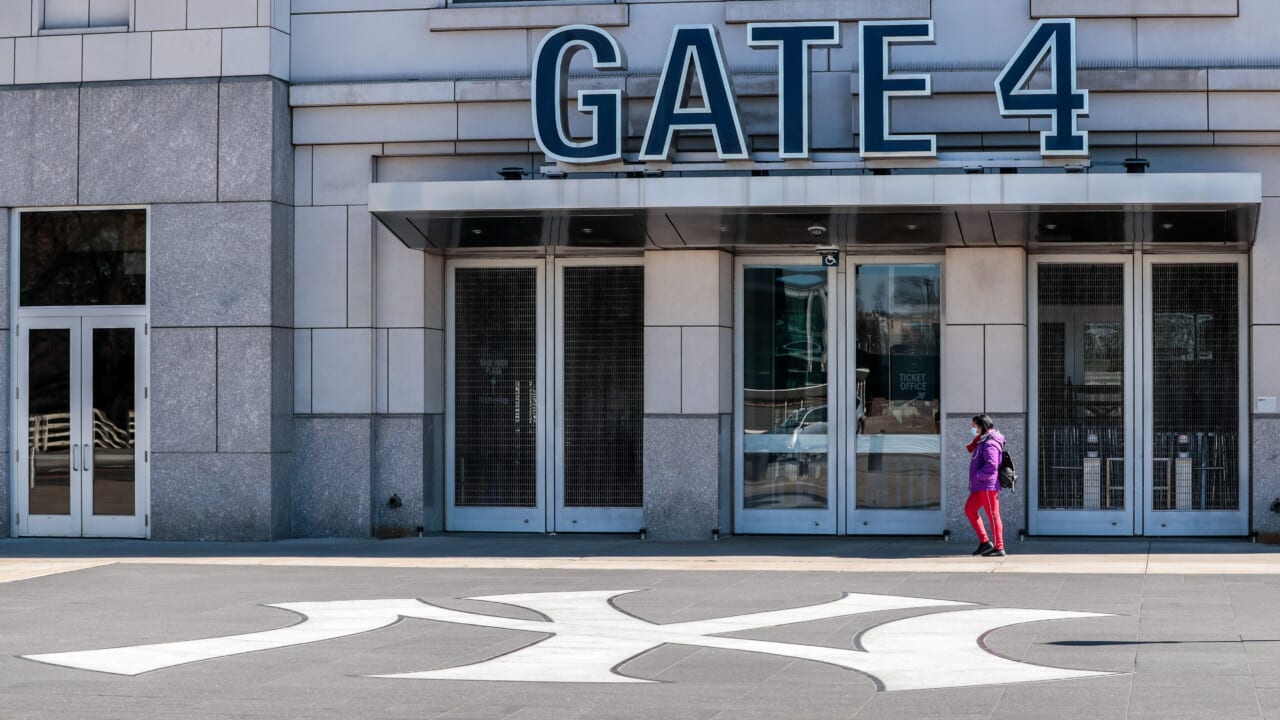 The sands of the hourglass are running out on a baseball season for MLB and the New York Yankees.Â  While other sports seem ready to go without contentious negotiations, baseball has chosen to have a mostly public fight about who is going to lose the most money in a $10 billion industry. MLB has spoken out, players and owners have spoken out, and yet little if any progress has been made in the three weeks of negotiations.

MLB has presented several plans to address what the divisions might look like, where games will be played, with a multitude of season lengths.Â  Health issues have been addressed with a 67-page health initiative.Â  Where the sides can’t seem to come together is how MLB and MLBPA (players union) will share in the losses that baseball will suffer with no fans in the stands and no concession revenues.

The differences between other sports and baseball are clear.Â  Baseball is a summer sport that plays 162 games in six month season.Â  With the coronavirus shutting down baseball even before spring training could be completed and a regular-season that has now been delayed by two months, a normal season can’t happen.

Back in March, the players agreed to a 50% reduction in salary, with half as many games played. That agreement was for the players to accept a game by game basis for pay.Â  MLB hoped to get in 82 games.Â  The players rejected a revenue-sharing arrangement with the owners.Â  The owners came back dropping that in favor of even greater pay cuts.Â  The players came back with a longer season of as many as 114 games to increase their pay, which was flatly rejected by the owners.

The owners are now suggesting a season with as little as 40-50 games with a greatly expanded postseason that will generate TV revenues.Â  This brings into consideration just how legitimate any postseason will be.Â  This is probably more of a threat than reality as owners try to get the players union to compromise and get back to 82 games.Â  But as this, all plays out and the stalemate that seems to dominate the negotiations, time is running out.Â  Spring training 2.0 was supposed to restart next week.

The clock is ticking; with each week that passes, it means fewer games or a season that reaches into winter weather that may completely mess up a World Series or cause it to be moved.Â  This is not minor; as an example, if the New York Yankees win the ALCS and go on to a World Series that was to take in part at Yankee Stadium, a snowy week could be an economic disaster for the Yankees and New York City.Â  Of course, with a season ending that late, there would be no surety that the ALDS and ALCS would be pulled off either in home parks.

The bottom line is that this week or next week, a breakthrough has to occur, or the entire season may be in jeopardy, with some owners already saying they are okay with no season this year.Â  In this writer’s opinion, a missed season will harm the game of baseball, that will not be recovered from quickly. Stay tuned.

In the wake of current events, the New York Jets have called for unity in a statement released on the team’s social media accounts.

Statement from the New York Jets

The New York Jets have issued a statement in the wake of the ongoing nationwide protests against police brutality and injustice. These protests have occurred in all 50 states after video emerged of a white Minneapolis police officer kneeling on the neck of George Floyd for nearly nine minutes during an arrest. An independent autopsy has ruled Floyd’s subsequent death a homicide and the four officers involved in the incident have since been fired and are facing charges.

Their statement, released on Wednesday, called for unity and also extended a promise to part of the solution to systematic racism.

“We have seen the many protests around the country,” the statement reads in part. “In our own cities and neighborhoods which represent an expression of the passion, anguish, and real-life impact of the social and racial injustices that continue to exist in our society. After years of so many tragedies which brought us to this point, we need to also focus on the powerful images of protestors and law enforcement working together in efforts to connect. America is a place where meaningful change can be achieved if we all work together to address the root causes and remedies for these problems.”

“We will not waste this opportunity to create programs and partnerships of which we, along with the community, can look back on years from now and be proud.”

The Jets’ statement also reveals that players, coaches, and management met on Monday to discuss their “ability to unite (their) communities”.

“We spoke about this unique moment in time, how we need to use our powerful platform toward positive change,” the statement read. “We must raise awareness and address the serious inequities which we have been painfully reminded still exist.”

Jets players have individually taken to Twitter to express their thoughts. Safety Jamal Adams released a statement of his own on Monday night, sending condolences to the families of Floyd, Breonna Taylor, and Ahmaud Arbery, African-Americans who were each killed in racist hate crimes.

“They’re more than just hashtags,” Adams said in an emotional statement. “It’s disgusting that we don’t have time to deal with our trauma before the next tragedy. We can’t let these conversations die and cant’ forget those we’ve lost. Stop killing us. This isn’t just a political issue, this is about the morality of our nation. We all have a part to play!” Adams later criticized New Orleans Saints quarterback Drew Brees, who said he would “never agree with anybody disrespecting the flag of the United States of America or our country” when asked about the potential of players kneeling in a protest demonstration during the national anthem during the upcoming season. Such demonstrations were started by former San Francisco 49ers quarterback Colin Kaepernick, who has not been signed by an NFL team since his release after the 2016 season.

Running back Le’Veon Bell has likewise spoken on social media.

itâ€™s so much bigger than it being blacks vs whoâ€™s not black…or whoâ€™s not a cop vs who is a cop!! because not all blacks are â€œthugsâ€…not all whites are â€œracistâ€…not all cops are bad cops! so just IMAGINE all the innocent ppl who can get hurt from negative protest/riot!

itâ€™s more about UNDERSTANDING other peopleâ€™s PERSPECTIVES! & until that happens, I donâ€™t see how anything can change in the world. We need more LOVE! what is LOVE?! LOVE is SELFLESSNESS! when I say selflessness, try understanding others perspective! thatâ€™s TRUE LOVE! THATS NEEDED