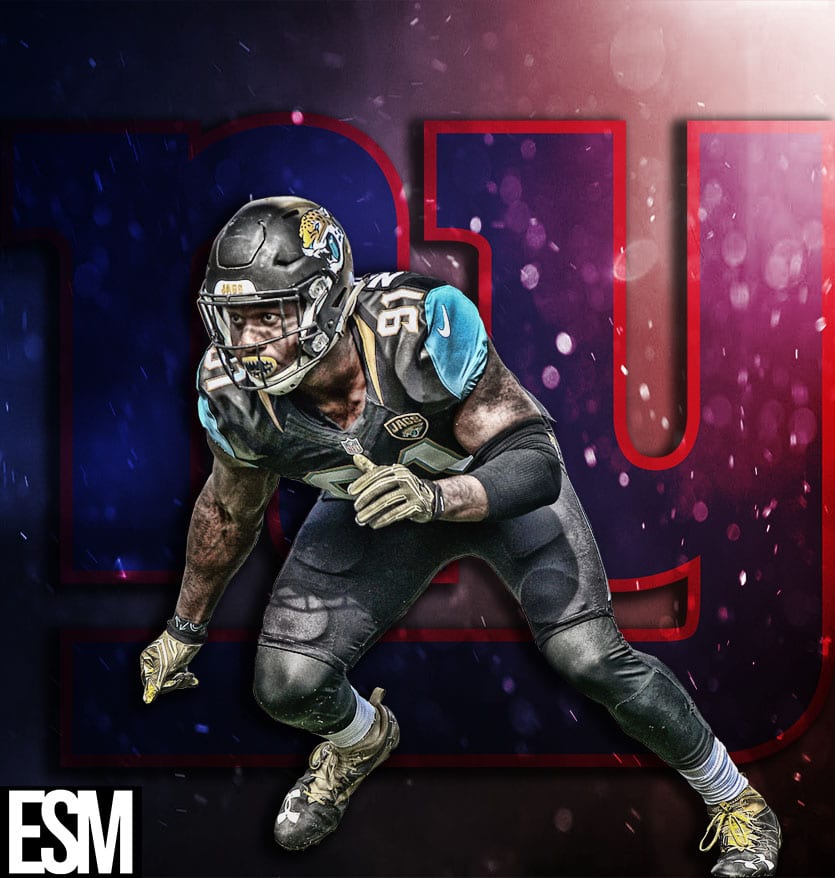 During New York Giants‘ GM Dave Gettleman’s final interview with Joe and Evan, he stated that everybody east of the west coast knows the Giants need more quality pass rushers. Last season, they had Markus Golden, who tallied double-digit sacks, but beyond his production, there’s nothing to write home about.

Lorenzo Carter showed up towards the end of the campaign, finishing with 4.5 sacks, and Oshane Ximines logged 4.5 as well. Combined, they don’t even reach Golden’s number (10.0), who put up high numbers in a contract year. However, the Giants need more, which is where Yannick Ngakoue enters the frame.

The Jacksonville Jaguar is keen on taking his talents to the free agency market, where he’s prepared to cash in on a big deal, likely worth over $16 million per season. The Giants have the cap space and require another elite pass rusher if they want their defense to compete in 2020.

Adding Ngakoue and retaining Golden would put the team in a good spot, as it would allow them to work around losing Chase Young in the NFL Draft and pluck an elite linebacker like Isaiah Simmons off the board. They could also trade back and collect assets, waiting to select an offensive tackle.

There are plenty of options in the draft for Big Blue, who currently hold the No. 4 overall pick, but they need to have a successful free agency period to ensure their strategy is correct for the draft.

Yannick Ngakoue is one of my favorite players in the league. Not only does he already have an elite cross-chop as his primary move, but he also plays with a frenetic energy and can contort his body in crazy ways. Good examples of the latter two points here: pic.twitter.com/QuDSKIMxJ3

What would Yannick Ngakoue bring to the New York Giants?

The former Jaguar had a monster 2019 campaign, logging 8.0 sacks, 41 total tackles, four forced fumbles, one interception, 15 QB hits, and 13 tackles for a loss. His ability to get after the quarterback and put essential pressure on the pocket is well documented, and with a top-line interior defensive to help maximize his qualities, the Giants could be in line to rejuvenate their defense this offseason.