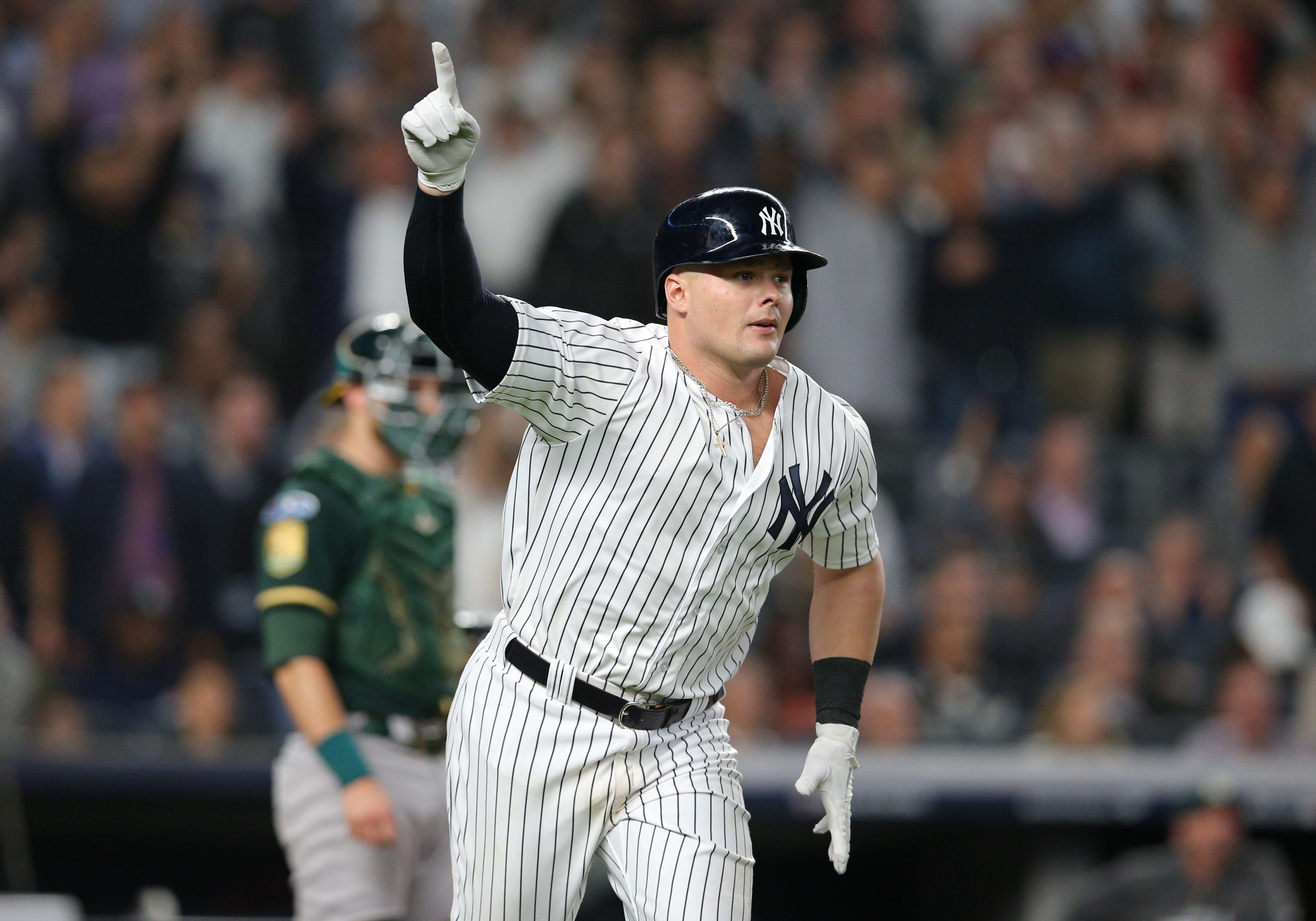 With Edwin Encarnacion returning to the New York Yankees for the postseason, the first base position has a bit of confusion revolving around it. The options including Encarnacion, Luke Voit, and Mike Ford, are a tricky bunch to sift through, despite the midseason trade acquisition likely filling in as a designated hitter. In that scenario, it ultimately boils down to Voit and Ford, both of which have had their ups and downs this season.

“He’s definitely hit into some tough luck,” Boone said Saturday. “Looking back into last home stand, where he hit a number of balls on the screws for outs, wasn’t getting a lot and then all of a sudden you can press a little bit. I think he’s probably been pressing a little bit, wanting it a little too bad instead of just trusting your work and trusting the game plan you have going into that game and understanding that he’s a really good hitter. Hopefully he’ll get some results here the last couple of days and get a little momentum going for himself.”

Even if Encarnacion makes his return from an oblique strain, the first base position remains wide open. Ford has been the better option lately considering his .259 batting average and 12 homers through 50 games. The first baseman has proven he can be a quality hitter at the plate and serviceable in the field.

In September alone, Ford is slashing .364/.447/.727 with three homers and 10 RBIs. His play this month has proven he can be a quality option and he has the positive momentum to carry into the postseason. He has the clear-cut advantage over Voit who has been struggling lately since his injury.

Alternatively, the Yankees could stick with DJ LeMahieu at first base given his defensive qualities and place Edwin Encarnación in the DH spot. That would give manager Aaron Boone one backup first baseman which is where Voit and Ford come into play. The former had the job locked up before his injury, but the Yankees cannot take any chances and risk any potential offensive production in the playoffs.

Voit has still managed to get .278 with 36 homers and 98 RBIs over his last 165 games, and the attitude and energy he brings make him a vital cog in the clubhouse.

This decision will not be an easy one, but it ultimately might come down to offensive production and who can offer more in that category. I believe that Ford is the better option, primarily because the hernia Voit suffered a few weeks back is undoubtedly still bothering him, even if he rejects that reality.