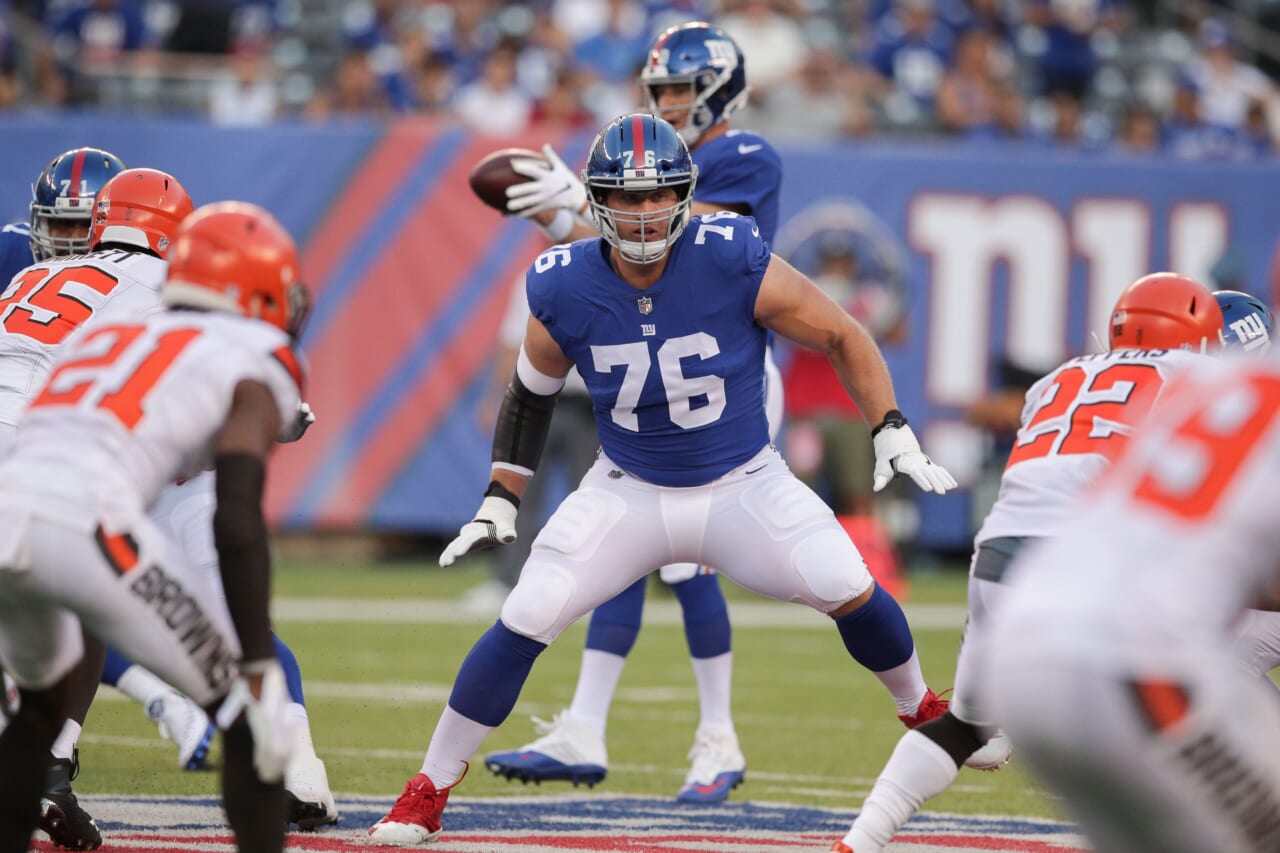 After a few weeks of concern over a small surgery to clean up New York Giants left tackle Nate Solder’s ankle, it appears he will be a full go for training camp. Going into his second-season with Big Blue, Solder is preparing to make a jump after having an average season last year.

Coming off multiple Super Bowl appearances to join the lowly Giants, adjusting to his new role and quarterback took a bit of time. Lingering injuries also hurt his performance, but overall he was exponentially better than Ereck Flowers. One of the reasons Solder struggled was due to the difference in dropbacks from Tom Brady to Eli Manning.

Where Brady takes a shorter drop back, Eli’s is further. This forced Nate to adapt and change his style, as he would normally allow edge rushers to beat him with speed around the edge and push them behind Brady, where he would navigate the pocket and step up. Manning dropping back further saw Solder push his assignment directly into the path of his new quarterback.

However, he quickly understood this problem and fixed it quickly.

How is Solder feeling?

â€œI feel great,â€ Solder said Wednesday, via quotes distributed by the team. â€œI havenâ€™t played football in a while so weâ€™ll see. Thatâ€™s what camps all about, right?â€

It will certainly take a few weeks for the $62 million man to get back into football shape and regain his quality. Luckily, he has about a month and a half to refine his skill-set. 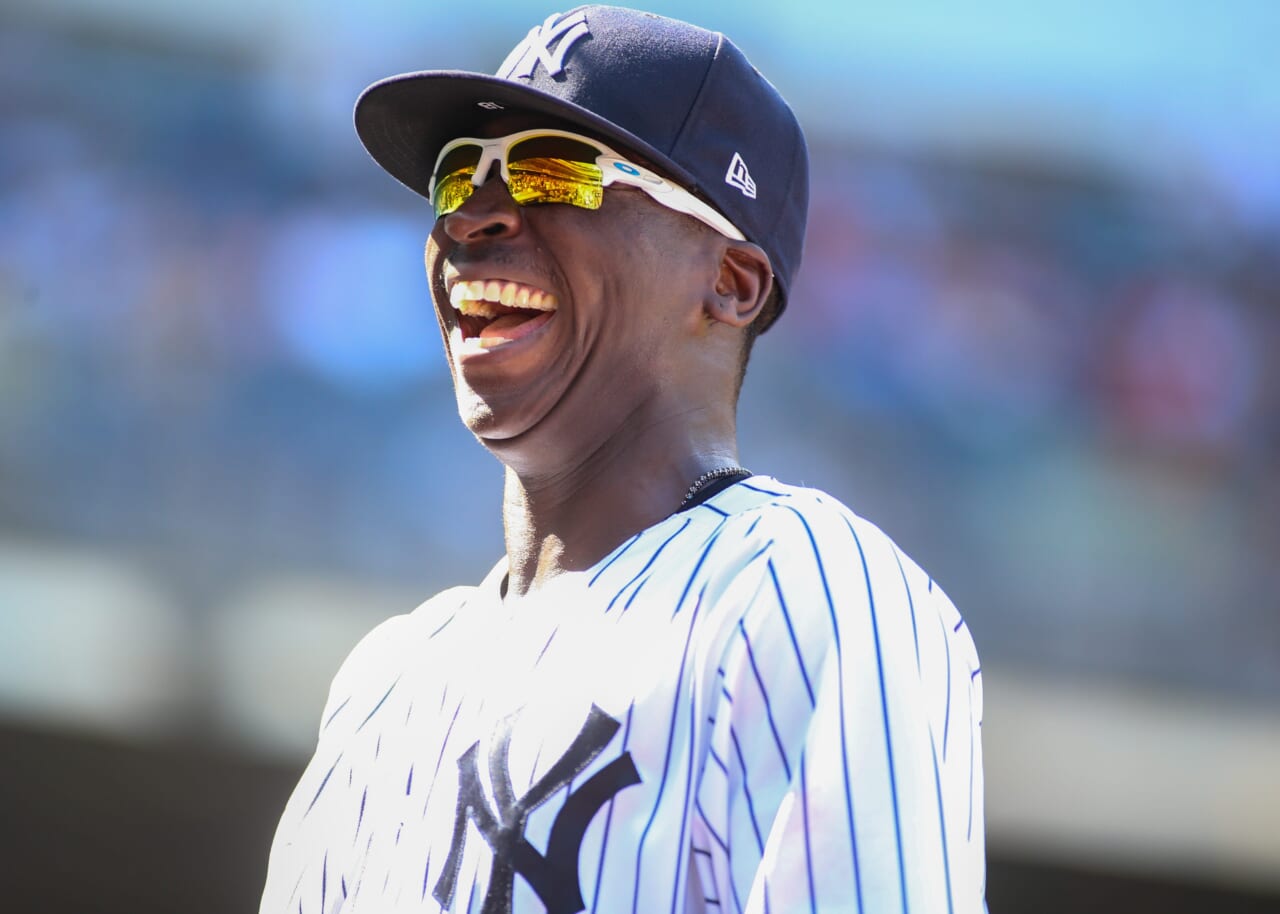 Who has been the New York Yankees’ savior over the past few games?

The last two games for the New York Yankees have been horrendous defensively, or to be more specific – their pitching as been devastatingly bad. Allowing 38 runs in their past three games, you wouldn’t believe the Bombers managed to win two of them, but how?

While Aaron Hicks’ spectacular game-winning catch against the Twins surely helped, they would have been blown out without the efforts of shortstop Didi Gregorius.

Didi is 9-for-14 in the last three games, hitting two singles, four doubles, one triple, and one home run. Of the Yankees 24 runs against the Twins, Gregorius accounted for 10 of them. After starting off slow in his return from injury, the infielder has been lights out at the plate, and his defense has been solid as always.

To give you an idea of how efficient he’s been, his first game of the series against the Twins placed him in the record books. Notching five hits and seven RBIs, he’s fifth Yankee since 1920 to do that. He’s one of three to go 4-for-4 or better with seven RBIs in multiple games, sitting alongside the company of Lou Gehrig and Joe DiMaggio.

As Didi continues to progress and pick up momentum, the team will only reap the benefits. Having his defensive capabilities is only a benefit to the offensive production he’s capable of having.

As the pitching rotation begins to recover from numerous ailments, the team as a whole should begin to dominate without having to compensate with massive run production. Luckily, Gregorius was here to save the day(s). 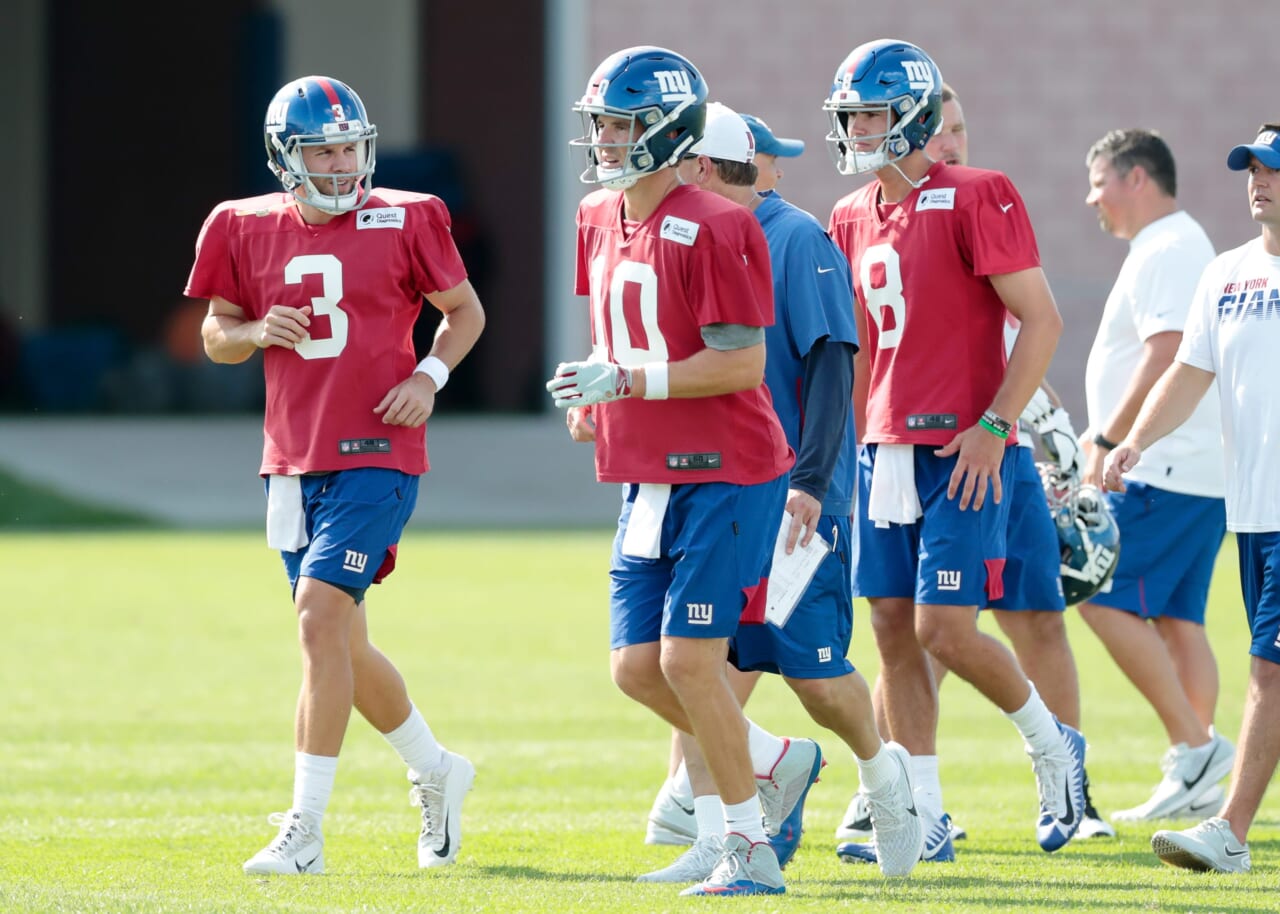 The start of training camp for the Giants didn’t go exactly as expected. Sterling Shepard fracturing his thumb surely won’t help in the development of the offense and his implementation, but he should be cleared prior to the start of the regular season.

Both Eli Manning and Daniel Jones looked shaky at times, but the rookie enjoyed some stellar throws, one of which was dropped in the endzone by Bennie Fowler. Manning looked in-shape and active despite throwing an ugly interception to Lorenzo Carter who made an athletic play on a screen to Saquon Barkley. This was a mistake a 16-year veteran cannot be making, simple as that.

Take a look for yourself below:

Overall, for the first day of training camp, there was some good plays and some very bad ones, just as expected. Moving forward, I expect to see both sides of the ball tighten up and progress steadily as the offseason moves along. Pre-season is only a few weeks away, so the team needs to come together quickly — luckily, a fair bunch have already played together for one season and the rookies are picking things up quickly.

One thing I was happy to see was the offensive line. The unit was built exactly as anticipated.

This grouping should be far more effective for the Giants in 2019.

John Schmeelk (Giants.com) – Who stood out at Giants training camp?

Christian Morell (Empire Sports Media) – New York Giants: Breaking down the first practice and the bumps and bruises picked up along the way