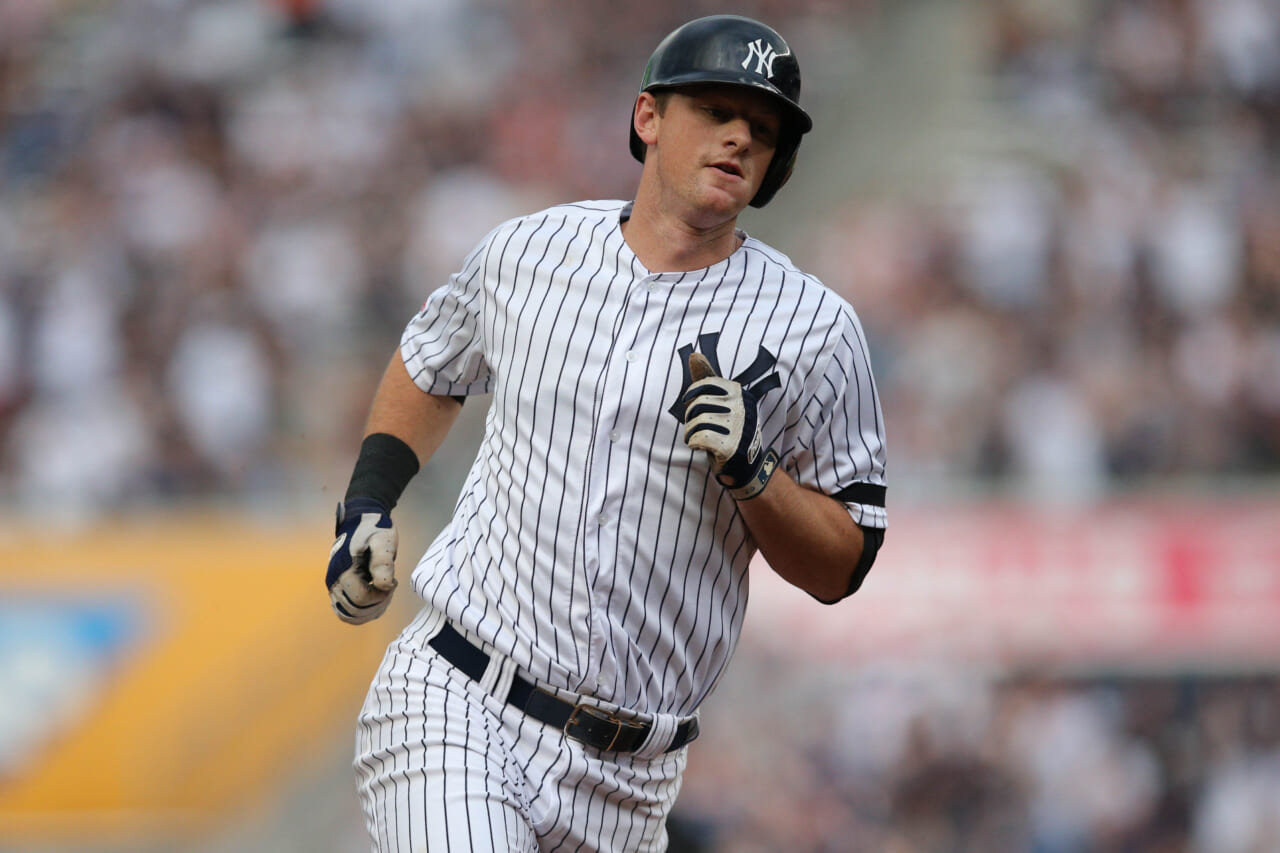 A .395 average. A .434 OBP. An OPS of almost 1.100 and a slugging percentage of almost .700. DJ LeMahieu went on an absolute tear in June for the New York Yankees and won his first career MLB Player Of The Month award.

With his red hot June, LeMahieu raised his average into the .340s and was elected by the fans to start the 2019 All-Star Game at second base, his primary position. He continued his outstanding defensive play throughout the month.

His June success helped propel the Yankees past the Tampa Bay Rays as the team was 17-9 in June. Plus, the Yankees started the month 4-8, meaning they ended off winning 13 out of 14.

LeMahieu’s former teammate Charlie Blackmon won the player of the month on the National League Side for the Colorado Rockies.

The Yankees will continue to lean on DJ LeMahieu to support and lead the offense out of the leadoff spot. 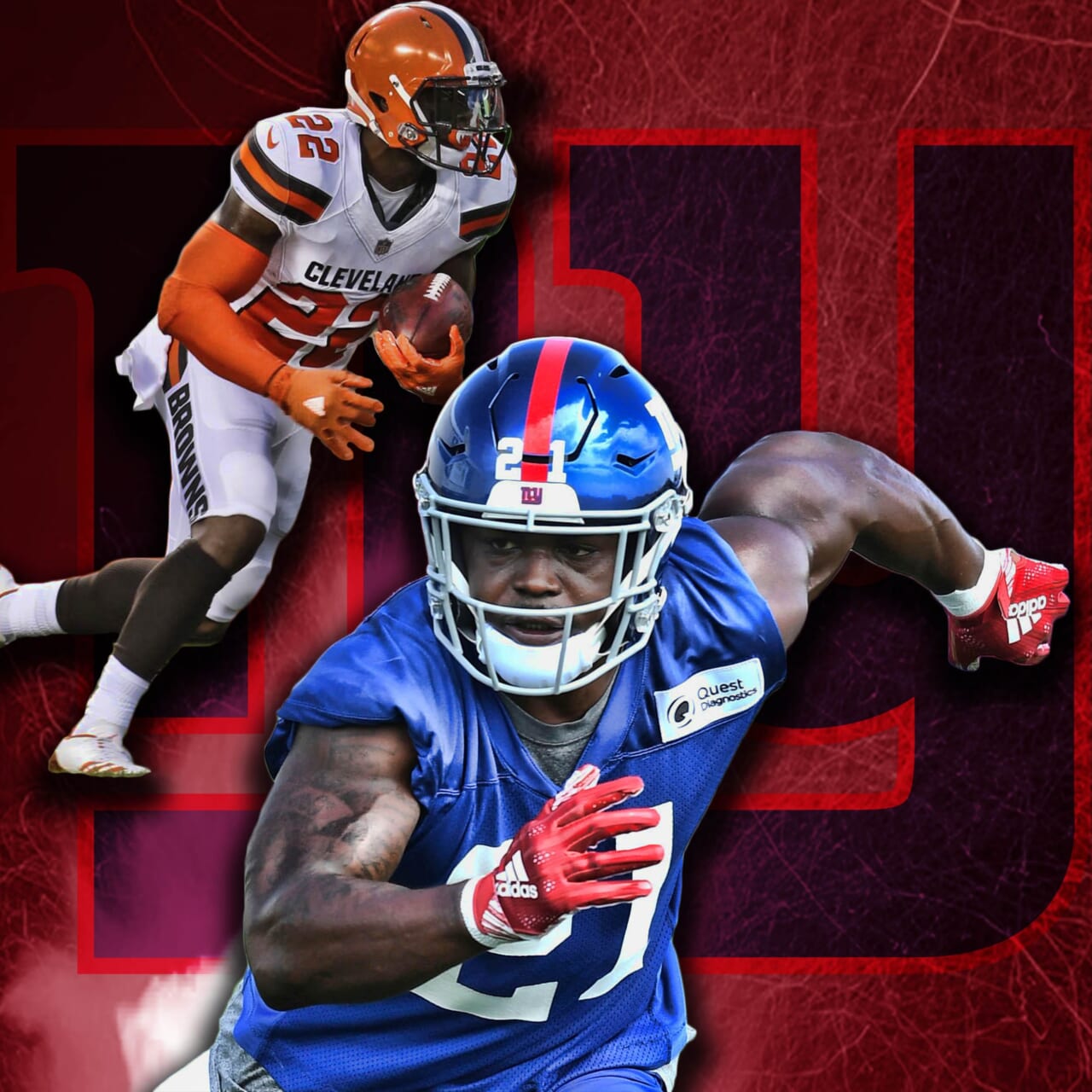 The New York Giants rebuilt their defense in 2019 offseason. However, they did not touch the special teams unit. This is because the Giants’ special teams was the best its been in years in the 2018 season.

But that is not to say it was perfect. New York struggled to find a consistent return man during the first half of the season. Now, in 2019, they have an array of return specialist options to choose from.

Jabrill Peppers Stats And Highlights As A Return Specialist

Jabrill Peppers is a true Swiss Army Knife on the football field. He will be a versatile safety with the ability to play in the box and deep. But he will also have the opportunity to return kicks and punts for Big Blue.

Check out the moves that Jabrill Peppers is taking to New York:

Jabrill Peppers is taking these #SCtop10 moves to Cleveland. pic.twitter.com/EYGapFuvVU

Jabrill Peppers did also return kicks during his two seasons with Cleveland. He was not spectacular, but he was decent. He averaged 22 yards per return on 33 returns for 726 yards. Peppers has big play ability and will be a great addition to the Giants’ special teams unit.

The Giants might not use Peppers as their primary return man in order to keep him from getting injured. Jabrill will be the Giants’ best defender so they must keep him healthy. But if other players suffer injuries, or if the Giants are in need a or a big play, Jabrill Peppers will be a viable option. 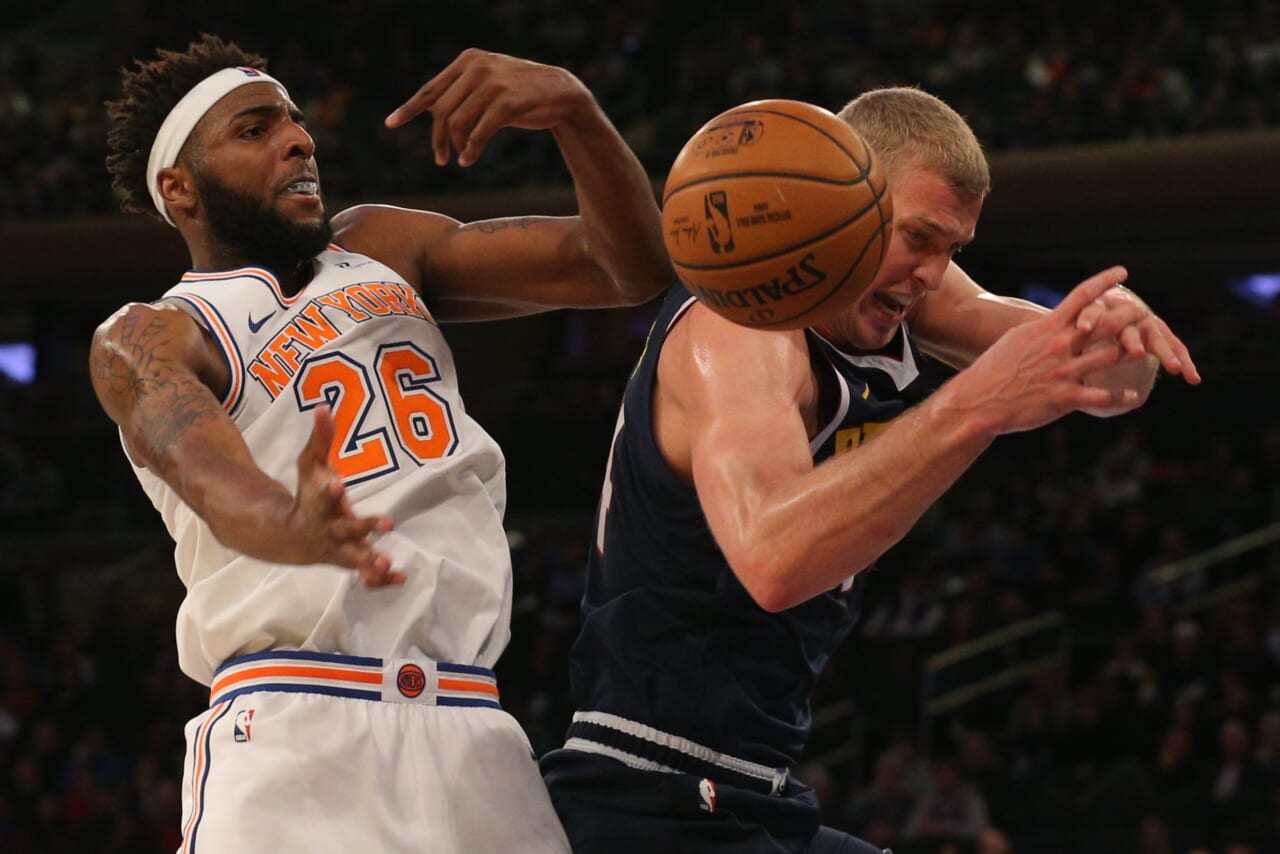 The New York Knicks didn’t waste any time in getting RJ Barrett straight to work with his new teammates, allowing him to begin developing a relationship and sense of chemistry with them prior to his rookie campaign.

The youth already existing on the team must seem normal to Barrett, considering he’s only just 18 years old and will be playing with athletes not much older. The Knicks have elected to go full-speed with their youth agenda — striking out ‘on purpose’ with Kevin Durant in free agency and losing out to several other potential key additions.

Instead, they signed 24-year-old power forward Julius Randle as their keystone grab and brought in a slew of other complimentary players. The issues continue for the Knicks when it comes to luring high-profile players to New York, though, as the Brooklyn Nets hauled in both Kyrie Irving and Kevin Durant.

Despite losing out on the elite talent, the Knicks are moving in the right direction, building around their young players and spending resources on helping them succeed and not taking unnecessary risks.

The youngsters are getting to work with the New York Knicks:

Young RJ Barrett getting in his first Knicks practice reps against Knox and Mitch https://t.co/wc15vs27s7

Check out this video where Barret posts up on Mitchell Robinson, one of the league’s top young defenders – finishing second in blocks last year.

Barrett has more than he can handle in this bout with the center who holds a five-inch advantage. His step-back shot is far to the left and bounces off the top of the backboard. There’s nothing more we should take away from this other than it’s the first practice and it’s good to see the 3rd overall pick already working with his new team.

Additionally, developing a strong post-game will help him tremendously at the NBA level. One of college basketball’s more dominant players, Barrett is entering the league with high expectations and will hopefully be able to live up to his potential. 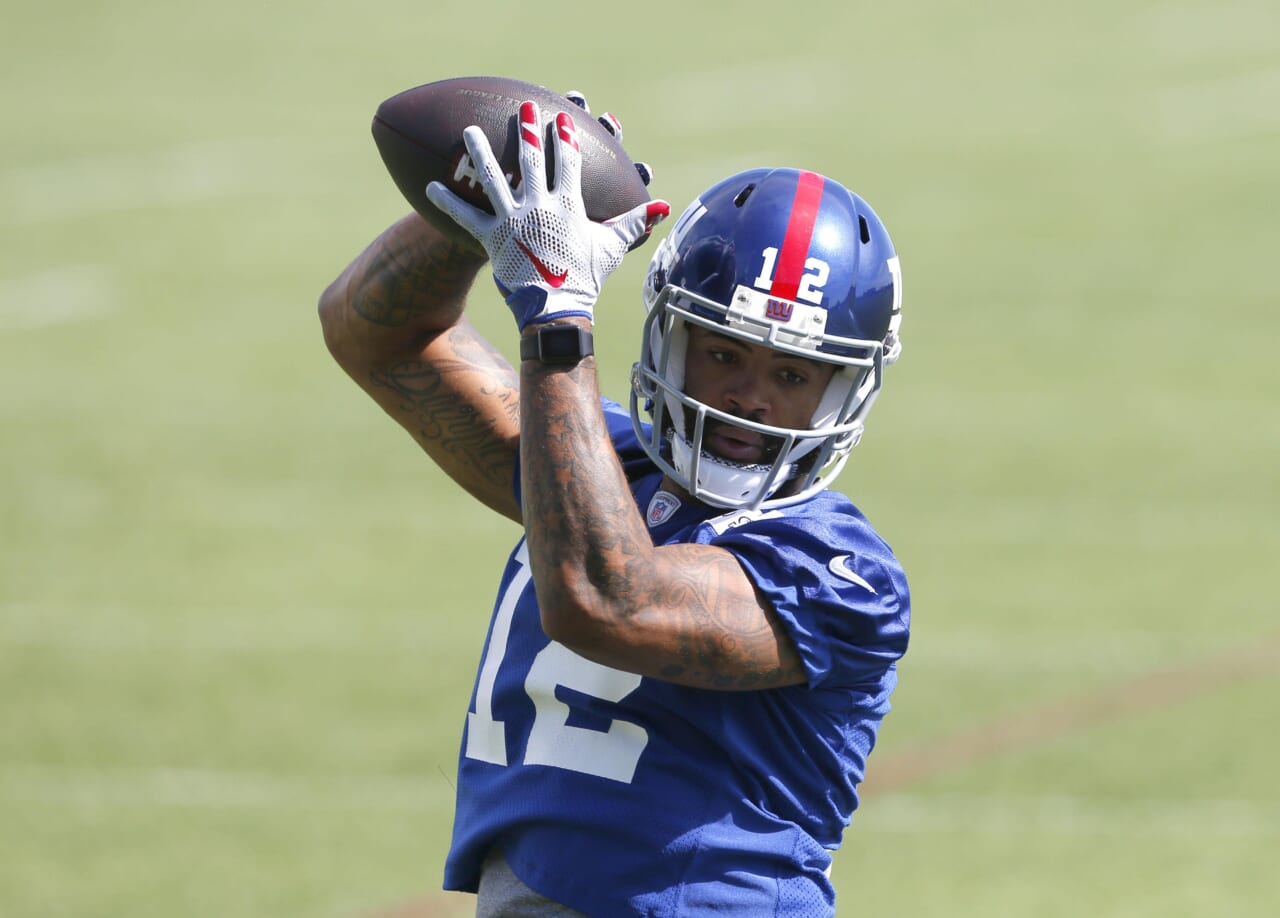 One of the more forgotten about New York Giants receivers, Cody Latimer, is hoping to not only break out of an injury funk but to also emerge as an impactful contributor during the 2019 season.

The Giants signed the former Denver Broncos second-round pick in 2018 to a one-year deal, but he only managed to feature in six games. During that stretch, however, he displayed enough quality and production to prove his worth and earn another prove-it year style contract.

Earning 190 yards and a touchdown in his lone season with the Giants, Latimer has the potential to be a solid pass-catcher veteran quarterback Eli Manning post-Odell Beckham Jr.

What does Cody Latimer bring to the New York Giants?

While only spending a small portion of 2018 on the field, he put on a show with his speed, averaging 11.0 receiving yards per target, easily the highest of his five-year career. He also averaged 17.3 yards per scrimmage touch, an impressive number that will likely hover around that range with Big Blue. 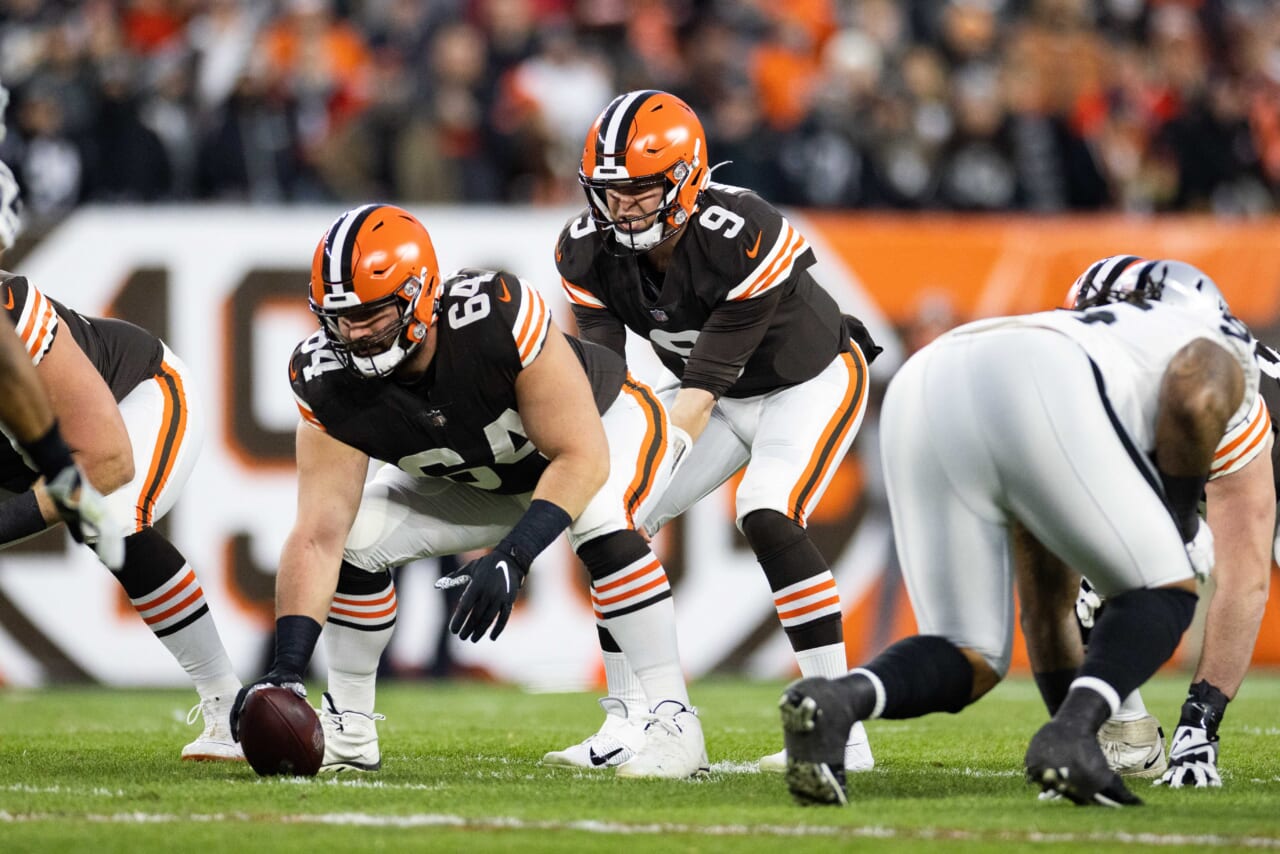 Could the Giants add more competition at center with former Brown JC Tretter? 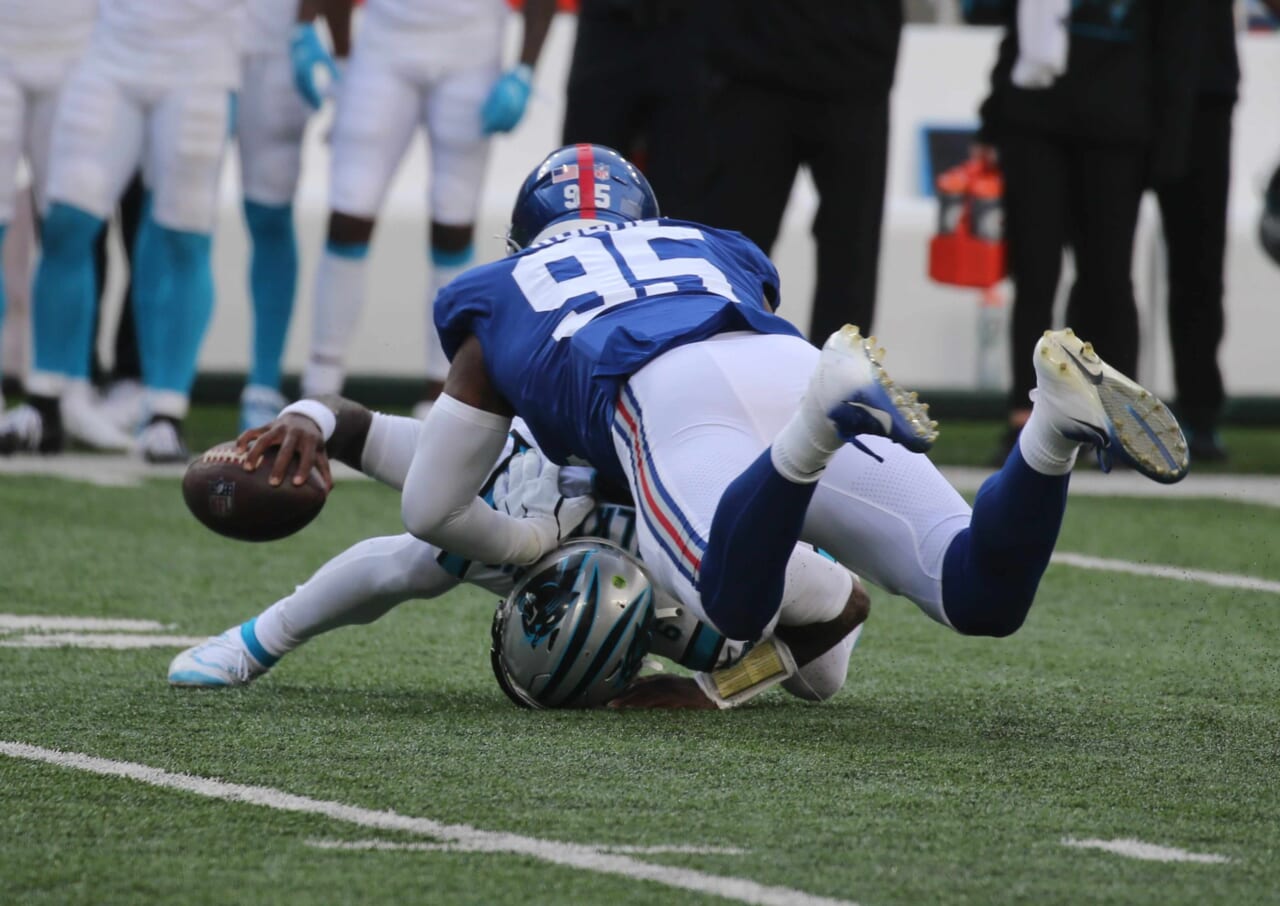 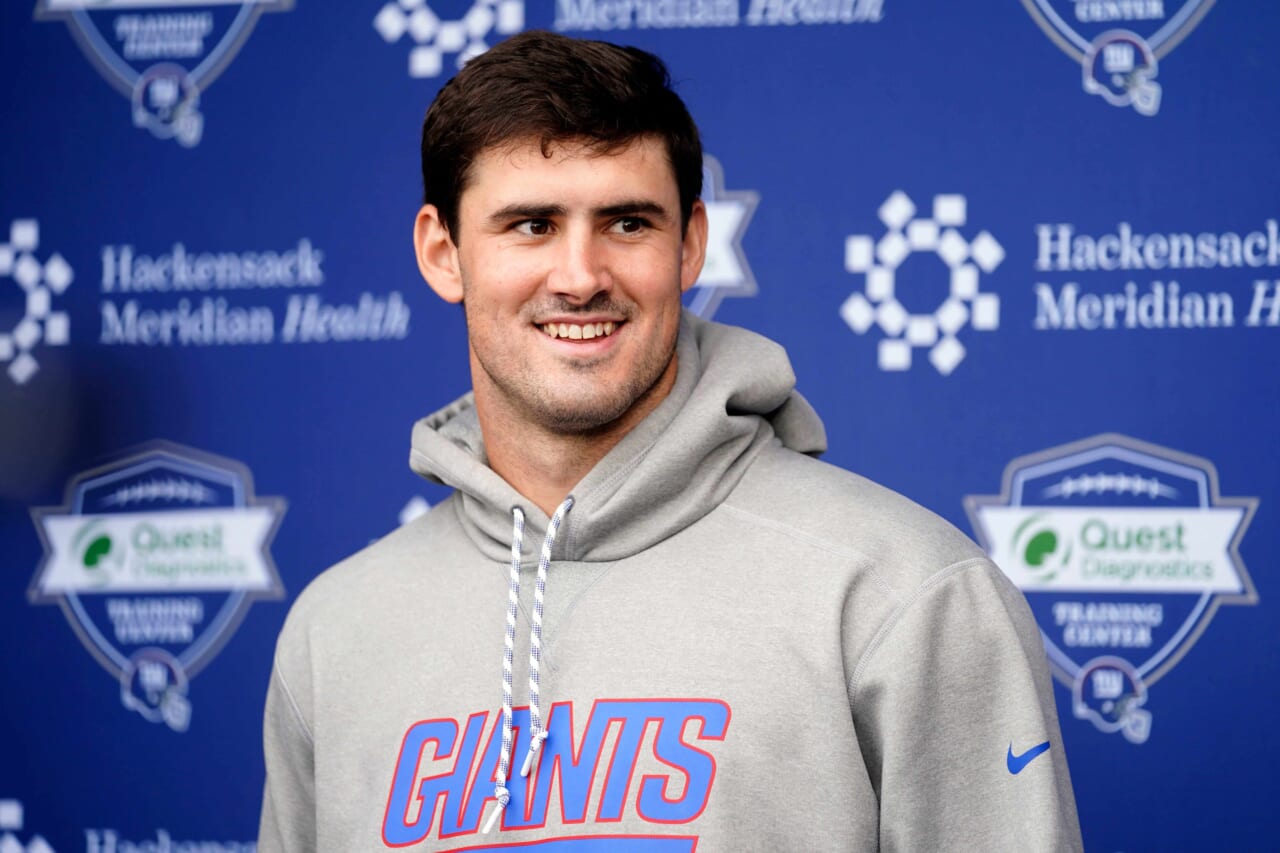 Having both Sterling Shepard and Golden Tate as possession receivers, it’s expected that Latimer will play primarily as a deep-ball option. Additionally, he will have to fend of Corey Coleman for the No. 3 receiver spot — the final starting slot. Rookie Darius Slayton, who has emerged as a rising star during camp, could steal reps away given his elite speed and quick development since his tough inception with the Giants.

His 4.4 speed might scream deep-ball, but Latimer has good hands (68.8%) catch rate and can act as a red-zone option at 6-foot-2. The veteran seemed to already be developing chemistry with rookie passer Daniel Jones this spring, making him a better option and a potential keeper if Manning is replaced in 2020.

Latimer is an interesting player and one to keep an eye on. If he remains healthy he can play an important role on the offense. 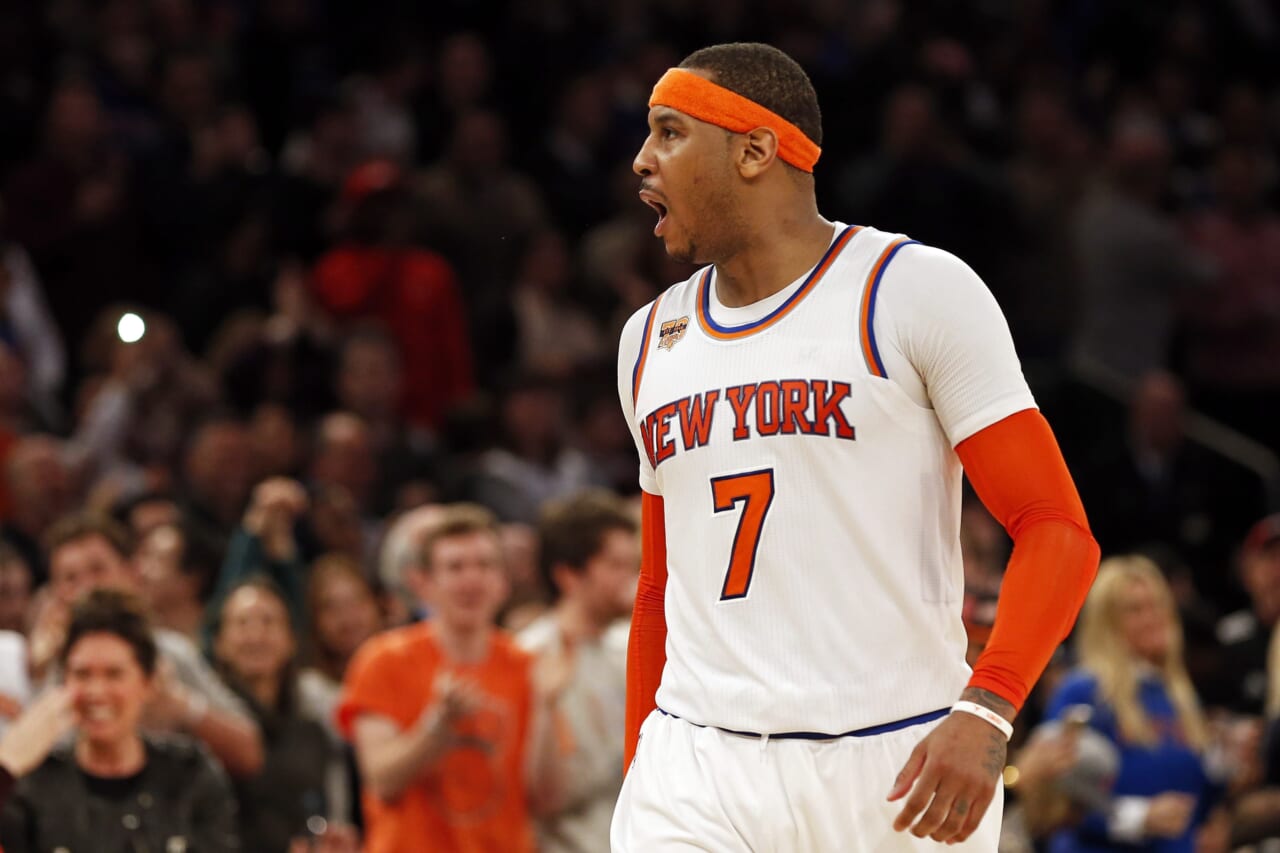 The New York Knicks missed out on all of the top players in this year’s free agency.Â  Kevin Durant and Kyrie Irving decided to team up for the Brooklyn Nets.Â  Kemba Walker went to Boston, Klay stayed in Golden State etc.

However, there was one players that did not shy away from trying to resurrect the New York Knicks.

Anthony wanted to play for the Knicks, similar to newest Knick RJ Barrett.Â  Melo wanted to be the guy that came into New York and bring the team out of basketball purgatory.Â  To be honest, that takes some balls.

Anthony had to have some tough skin to come into New York and take all of the crap that he did.Â  Some will say that the Knicks eventually tried to run Anthony out of town and you would not be wrong.Â  The end was sad.

But, looking back on Melo’s Knicks career, take it for what it’s was worth.Â  So, have an open minded and just think that Anthony was the one who took the torch and tried to become a Knicks legend.Â  Whoever is able to come to New York, whether that be through the draft or trade, and bring the Knicks back to being a competitive team will be adored by the city.

Anthony was not afraid to take on that task.Â  He was able to bring the Knicks to the playoffs and win a series, which might as well have been the NBA championship.Â  Melo can be considered a legend for that.

Did Durant and Irving try to become Knicks legends?Â  Nope.Â  When you win for the Knicks you are an icon.Â  Melo was the only guy with the will and determination to be that player.

Although, while the end of his Knicks tenure was not the best, Anthony did what no other player has been willing to do in recent memory.Â  Will there ever be another superstar to come and try to do what Melo tried to do?Â  Only time will tell. 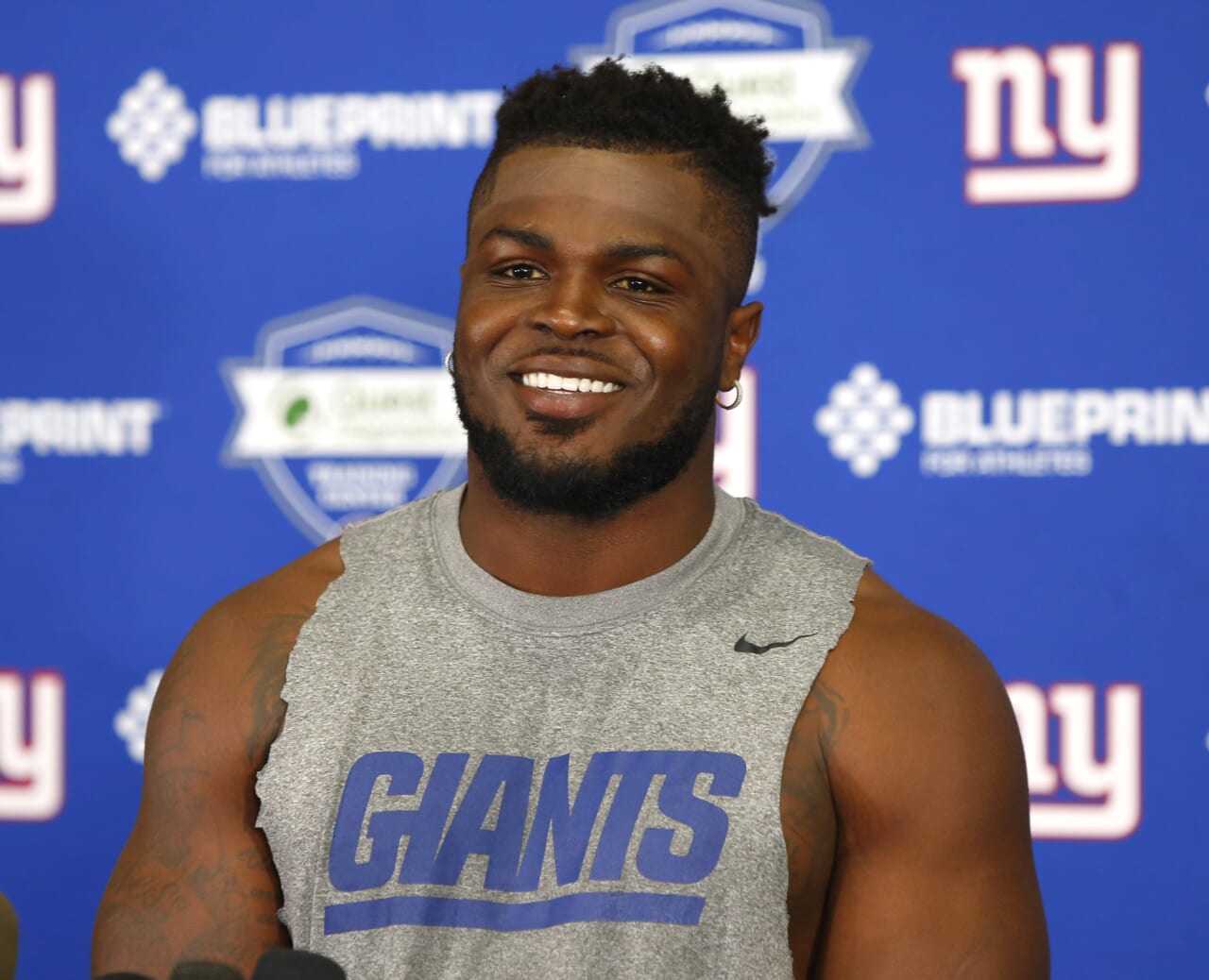 While comparing Jabrill Peppers to Landon Collis might be a stretch at this point, I’m actually quite confident that the Giants’ new acquisition can be even better than the Redskin.

Peppers, who was heavily misused with the Cleveland Browns, will act as a dynamic and “Swiss Army Knife” style of player. Utilizing him in coverage and at the line of scrimmage will be just two ways defensive coordinator James Bettcher puts his new toy to work.

The college standout started his NFL career playing free safety for the Browns, an unnatural position for him that saw him rank near the bottom of the league at the position. This, however, is good for the Giants, because it only added to his skillset and gives him more diversity on defense.

I anticipate Bettcher baiting the offense with him sneaking up to the line of scrimmage and then backing off into coverage. I’m mostly excited about Peppers because not only can he play in the box and free safety, but he can also cover in the slot and lock down opposing tight ends.

Tight ends have been the bane of the Giants existence with Collins in coverage, something that’s bound to change with Jabrill taking over.

John Fennelly (GMEN HQ) – When did you first realize you were a New York Giants fan?

Could the Giants add more competition at center with former Brown JC Tretter?